Building a world-class city: how the Bilbao effect could work in South Africa 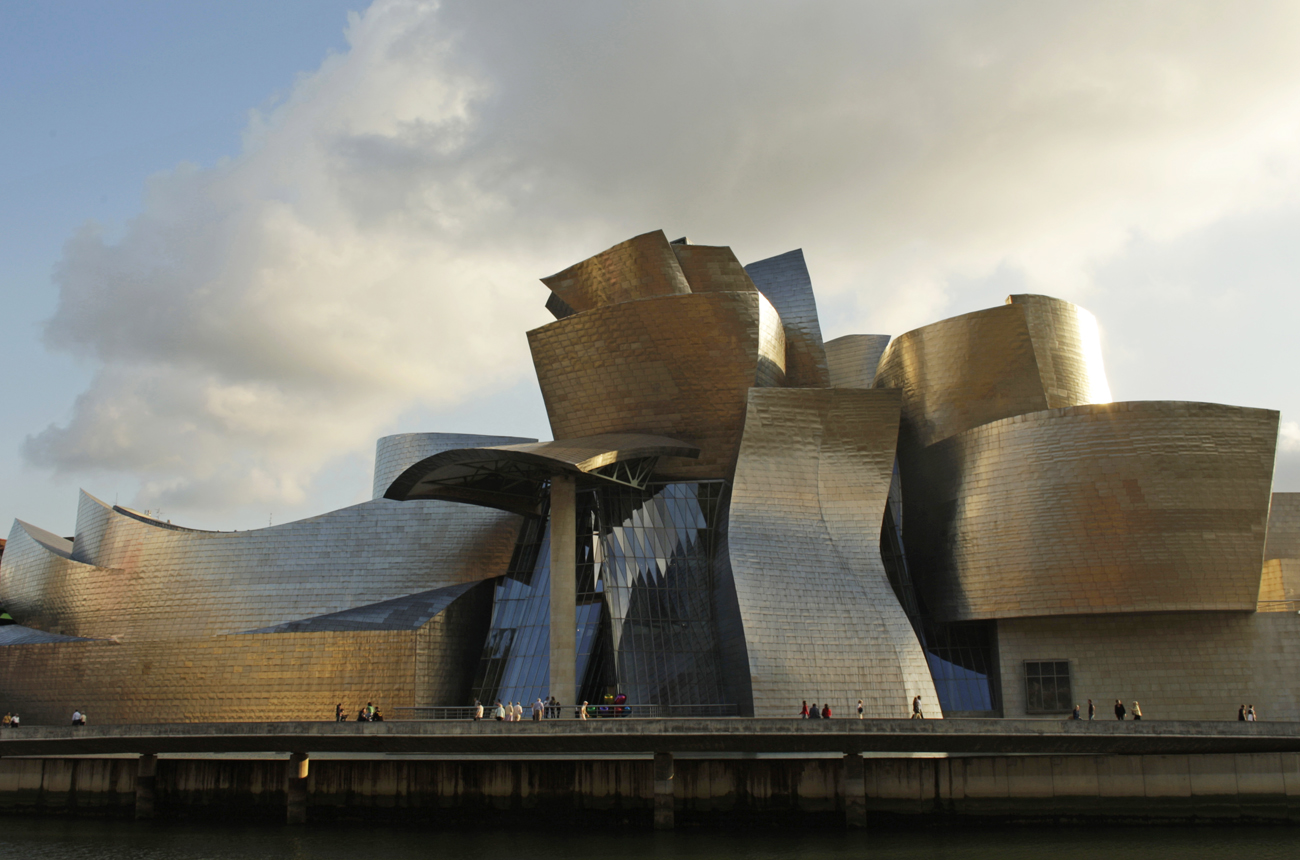 In 1991, the Basque city of Bilbao in northern Spain decided it needed a makeover. As its industrial sector evaporated, its tax base disappeared and the town reeled from a recession, the city’s administrators understood they needed to do something drastic. They called in Thomas Krens, director of the Solomon R Guggenheim Foundation. In 1997 the Bilbao Guggenheim opened, and the world streamed in. Bilbao proved that cities do indeed have second acts. Could the same principles be applied to South Africa’s metropoles? By RICHARD POPLAK.

The port city of Bilbao, long the economic engine of Spain’s restive Basque region, is a town with a disparate history. Four-hundred-thousand strong, it sits along a winding estuary that connects Basque Country, known to locals as Euskadi, with the Bay of Biscay, and thus Europe’s western littoral. It has moved through a cycle of booms and busts, as most port towns do, but it became clear in the 1980s the doldrums would not lift again, unless something innovative was done. The town was beautiful in the Basque way—solid, immutable architecture, reluctantly adorned palaces, and warehouses and industrial buildings that were from a steam-punk version of history, as if designed by Tim Burton. Photo: The Guggenheim museum with U.S. sculptor Jeff Koons’ Puppy in the foreground is seen from a Bilbao street October 17, 2007. The museum celebrates its tenth anniversary on Friday. REUTERS/Vincent West.

If the town had a focal point, a now sclerotic heart that refused to beat, it was the Alhondiga compound—and impressive stone wine storage warehouse in the middle of the city that had fallen into tragic disuse. The city planners identified the site as a potential location for what they imagined would one day be a world-class museum.  They had but two problems: No art collection. And no ideas how to transform the Alhondiga into a cultural institution.

Bilbao’s civic leaders, in particular Juan Ignacio Vidarte, were not averse to bringing outsiders in to advise, and in some cases build, massive infrastructural projects. If Bilbao was going to transform itself from a fading industrial giant into a service industry town, it would need to have the facilities and development in place to attract the best and the brightest minds in Spain and in Europe. It helped that the ETA, Basque’s native terrorist sons and daughters, had blown up enough people to ensure a steady stream of pacifying doneros into the local coffers. Sir Norman Foster, British starchitect and urban planner, had contributed a modest but effective rapid transit system. Bilbao had funds, but they were not unlimited. The next step would need to be a masterstroke.

Which is where Thomas Krens comes in, he of the Guggenheim Foundation, and a man who was familiar with the transformative nature of incredible architecture, administering as he does Frank Lloyd Wright’s dazzling Guggenheim New York. Bilbao wanted a statement museum, and they had a facility. Krens travelled to Bilbao, scoped the Alhondiga, ummed and ahed, and brought in his biggest gun. Frank O Gehry, already an architectural legend, agreed with Krens—the Alhondiga wouldn’t work. The project would be an act of rank façade-ism—throwing a big glass box behind the Alhondiga’s gorgeous bones was not something Gehry was interested in.

Between Gehry and Krens, however, a site for a potential museum was located, due south of the warehouse, along a bend in the estuary that functioned, equally, as a nodal point for the city. It’s here that Krens suggested building what would become the Guggenheim Museum Bilbao, the signature architectural project of our time, and a building so splendiforous that it has its own phenomenon named after it: The Bilbao Effect. It turned a decaying port city into a destination, which in turn brought in banks and cellular phone companies and law offices, and transformed Bilboa into the prosperous place it is now. Can the Bilbao Effect be replicated? And more to the point, does it offer lessons for a city like Johannesburg, which since the apartheid regime fell, hasn’t changed in tone or nature? Many cities have tried the Museum as Catalyst approach since the Guggenheim Bilbao went up. Toronto and Denver fell under Daniel Liebeskind’s spell, and commissioned similar buildings (his signature “crystals”) that failed to be the transformative structures their backers had hoped, mostly because Liebeskind blew the designs. But when one looks at what Bilbao did, it wasn’t simply a case of hoping that an architect would build a masterpiece, but rather giving him the tools to do so.

As Johannesburg’s greatest urban planning critic Lindsay Bremner puts it, “Johannesburg is a place of fragments”. The key is to identify a place that brings the different strands of the city together, and weave them into one coherent urban narrative. And the best place for that is town. Jonathan Liebesman has made two gallant efforts with his Main Street Life and Arts on Main compounds, but as successful as they may be, they’re not big enough to jumpstart significant building around them. What Johannesburg could use is a big name, architecturally significant cultural institute along the lines of the Guggenheim. Photo: Visitors walk past a Louise Bourgeois sculpture next to the Guggenheim museum in Bilbao October 17, 2007. The museum celebrates its tenth anniversary on Friday. REUTERS/Vincent West.

It certainly seems unlikely that Krens’s replacement would want to involve the institute in an African adventure, especially considering the massive structure he has to fill in Abu Dhabi’s new, vast Gehry-designed museum. But what about New York’s Museum of Modern Art (MoMA)? That collection is so deep that barely a percentage of it is ever displayed, even factoring travelling exhibits into the mix. Think of the possibility of an African-based museum, along the lines of the Barnes Collection, which specifically iterates the links between Modern, Postmodern and African art, displayed in a staggering compound based on proposals submitted by the best architects and planners in the world.

Pie-in-the-sky dreaming? Perhaps. It’s a question of political will, and to call Johannesburg’s municipal administrators wilful would be an absurdity. But Johannesburg has proven, through the Gautrain and Soccer City, that large infrastructure projects are achievable, even if the catalyst for those projects was, notionally at least, last year’s Fifa World Cup Finals. (And yes, they were subject to all sorts of graft, but pork is a part of politics, and the pigs will always make it to the trough.) Just as interesting is the thought of Bilbao-izing Bloemfontein, or Polokwane, or Nelspruit. Again—it’s a question of will, and identifying the right partners.

Bread before roses, say you? Bilbao reminds us that moribund tax revenues don’t finance social safety nets. Lots and lots of tax dollars do. And when property rates rise, tourists stream in and big private building projects want to cosy up to the glow of a great cultural compound a la the Gehry Guggenheim, the bread takes care of itself. Cities cannot grow if they are not nurtured. South Africa spent the last decade thinking in terms of the World Cup. Now it’s time to look ahead, and keep building. DM

Photo: A general view of the Guggenheim museum in Bilbao October 17, 2007. REUTERS/Vincent West

Run Jozi: SA runs for its life, finds its soul in Hillbrow