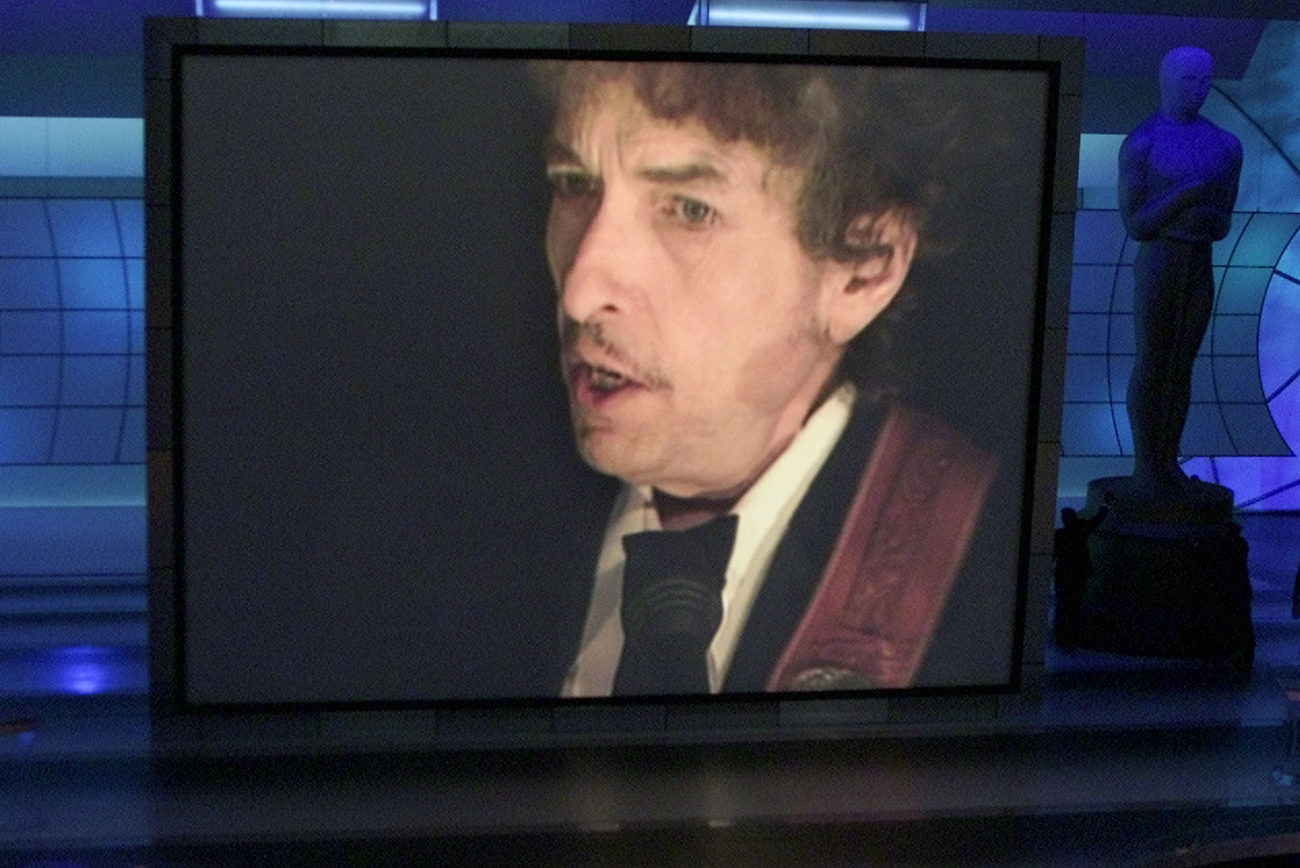 “Beware the Dylan lyrics thou useth to berate Dylan himself, lest some day the lyrics pointeth back.” Okay, nobody really said that, but maybe somebody should have, because New York Times columnist Maureen Dowd has just called Dylan a “sell-out” for neglecting to make a stand on his China tour – and in the process, of course, she quoted his own lyrics at him. By KEVIN BLOOM.

Has Maureen Dowd, celebrity columnist for the New York Times, never heard of Bob Dylan’s performances at Newport in 1965 and Manchester in 1966? Impossible. Everyone who knows anything about Dylan – and our numbers are so large we’re about as ubiquitous as Tuks students at an Oppikoppi beer tent – knows that these two concerts were when the idea of Robert Zimmerman as a “protest musician” fell on its back and died. In Newport, where folk fans were used to seeing him perform with an acoustic guitar and harmonica, he suddenly appeared with an electric backing band and belted out “Maggie’s Farm,” “Like a Rolling Stone,” and “Phantom Engineer” (in the documentary footage, booing can distinctly be heard in the background). Manchester was the same, except slightly more blatant. Here, an audience member who was crushed by the move to electric yelled “Judas!” in between songs. “I don’t believe you, you’re a liar,” said Dylan, before turning around and telling the band: “Play it fucking loud!”

But Dowd, we’re meant to believe, doesn’t know about any of this. She’s never seen Martin Scorsese’s “No Direction Home” or Murray Lerner’s “The Other Side of the Mirror,” she’s never listened to the “Bootleg Series” or a folk history radio documentary, and she’s stayed as far away as possible from the countless biographies and magazine articles that have told Dylan’s story in the 45 years since last he was a self-consciously politicised minstrel. Because on Sunday, 9 April, she opened her column like this: “Dylan may have done the impossible: broken creative new ground in selling out… The idea that the raspy troubadour of ’60s freedom anthems would go to a dictatorship and not sing those anthems is a whole new kind of sellout ? even worse than Beyoncé, Mariah and Usher collecting millions to croon to Qaddafi’s family, or Elton John raking in a fortune to serenade gay-bashers at Rush Limbaugh’s fourth wedding.”

Dowd was of course writing about Dylan’s current concert tour to mainland China, where Communist Party apparatchiks are – in her words – “conducting the harshest crackdown on artists, lawyers, writers and dissidents in a decade.” Her disappointment runs deep: she accuses Dylan of giving in to official censors, of not openly denouncing Chinese human rights abuses, and of caring only about the payday (she in fact ends her tirade with a famous line from Dylan’s early ‘60s protest song “Masters of War”: “I think you will find/ When your death takes its toll/ All the money you made/ Will never buy back your soul.”) While she does acknowledge that Dylan turned his back on the folk scene long ago, she not only ignores Newport and Manchester – where it was blindingly obvious that he defected because the scene was making him nauseous – she chooses only the bits from history that supposedly back up her thesis. For instance, Dylan’s line from his memoir Chronicles: “I had very little in common with and knew even less about a generation that I was supposed to be the voice of.”

Needless to say, she got a lot of flak for the ill-conceived rant, and not just from die-hard Dylan fans in the Twitterverse. James Fallows, national correspondent for The Atlantic magazine and easily one of Western media’s foremost authorities on China, weighed in on Monday with these words: “Many of my Chinese and Western friends, writing from Beijing, Shanghai, Chengdu, and Nanjing, are wroth about Dowd and what they call her misunderstanding of Dylan, China, and the current alarming wave of crackdowns there.” Fallows quoted from blogs written by these friends, and what they all seemed to say was that Dylan isn’t big in China anyway, that there’s absolutely no evidence of him buckling before the censors, and that the songs he did sing were a lot more subversive than anything he came up with in the early ‘60s.

Seeing as they’re based in China (not in Washington DC, where Dowd happens to be based), one badly wants to agree with Fallows’s friends, especially on the last two points. Take “Desolation Row,” the closing track from the seminal 1965 album Highway 61 Revisited, which Dylan played in Shanghai. All a Chinese censor would really need to hear, if he was intent on shutting Dylan down, would be the first verse: “They’re selling postcards of the hanging/ They’re painting the passports brown/ The beauty parlor is filled with sailors/ The circus is in town/ Here comes the blind commissioner/ They’ve got him in a trance/ One hand is tied to the tight-rope walker/ The other is in his pants/ And the riot squad they’re restless/ They need somewhere to go/ As Lady and I look out tonight/ From Desolation Row.”

The same goes for the Beijing set list, where Dylan played “A Hard Rain’s Gonna Fall” and “Ballad of a Thin Man,” songs whose lyrics are about as uncompromising as anything that’s ever come from his prolific pen. As the New Yorker’s Sean Wilentz – who was interviewed, and misunderstood, by Dowd for her original article – noted in respect of such tracks: “Depending on whatever agreement he made with them, I’d argue Dylan made a fool of the Chinese authorities, while getting paid in the bargain. He certainly made a fool of Maureen Dowd – or she has made a fool of herself.”

The thing about using Dylan’s own lyrics to have a go at him is that they can almost always be used to have a go back. It’s kind of like the problem that arises when commentators mistake art for activism, expecting the one to stand in for the other. Maureen Dowd really did call her latest column “Blowin’ in the Idiot Wind,” so here are the opening lines from that most awesome of songs from the 1975 album Blood on the Tracks: “Someone’s got it in for me, they’re planting stories in the press/ Whoever it is I wish they’d cut it out, but when they will I can only guess.”

It’s too easy a victory to quote the full chorus from “Idiot Wind,” although maybe Dowd (irrespective of whether she’s ever going to read it) does deserve that one small line in the header on this piece. DM

Photo: Bob Dylan performs his Oscar nominated song on a TV screen from Sydney, Australia, during the 73rd annual Academy Awards in Los Angeles March 25, 2001. Dylan won the Oscar for Original Song for his song “Things Have Changed” from the movie “Wonder Boys. Reuters.