ANC Youth League's economic plan: 'We want it all, and...

ANC Youth League’s economic plan: ‘We want it all, and we want it now’ 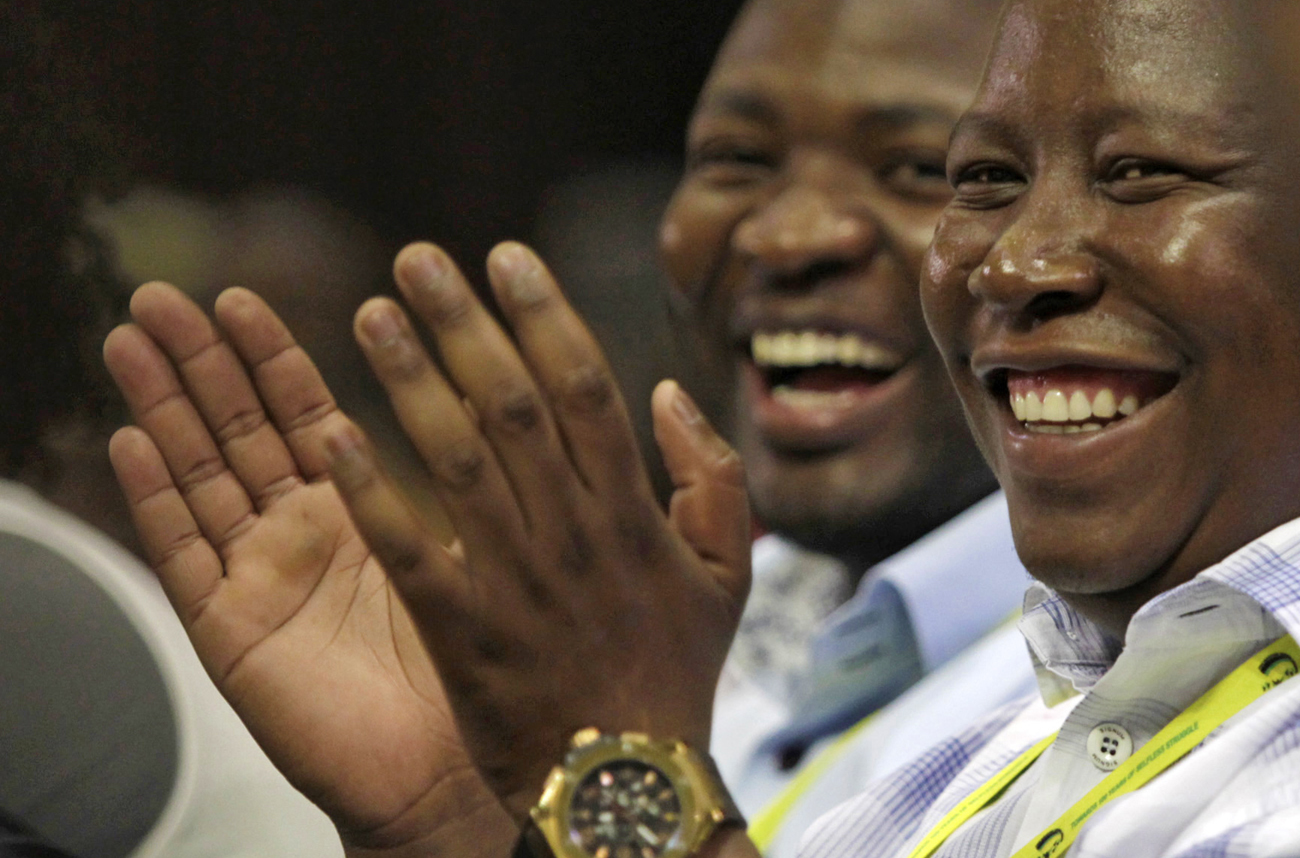 The ANC Youth League on Tuesday released its policy discussion documents ahead of its national conference in June. When you’re dealing with “Young Lions”, it’s best to realise they will want their share. Which share, you ask? Well, the lion’s share, of course. By STEPHEN GROOTES.

The ANC Youth League wants it. All of it. All the good stuff. The mines, the banks, the financial sector, the “monopoly industries”, all of it. Oh, and that includes the land. And because we’re so good at running things, we’ll make so much money out of them that we’d better hurry up and create a sovereign wealth fund. And don’t worry about foreign investors, who needs them. We’ll do it all ourselves.

It’s easy to categorise where the Youth League comes from. It’s a place of anger, rage, against the white capitalist monopolistic machine. In many cases it’s completely understandable, in others, completely unreasonable. In total, completely unworkable. No one creates good policy out of revenge and envy, and Youth League’s plan is not better. But that’s really what the League is proposing. In short, in the League’s version, the real problem is the ANC hasn’t done enough, it’s been too scared to take on “white monopoly capital”. In fact, within the first couple of pages the League feels it must remind you that the ANC defeated apartheid, because, “It is quite apparent that the approach of the ANC government to strategic economic transformation issues somewhat suggests that the ANC lost the liberation struggle for political, social and economic emancipation of the black majority and Africans in particular or there was a draw of some sort because of negotiations.” It’s basically a reminder that the League’s job is to be more radical than the ANC.

Then it starts to lay the basis for its mission, the democratic mandate it has, “Despite the minor and insignificant, but necessary components of healthy political opposition, an absolute majority of South Africans accepts and appreciates the ANC’s leadership of the State, government and society”. Minor and insignificant? Julius Malema does seem to spend more time in Limpopo than in Cape Town. The point here is that, according to the League’s version, the ANC must act, because the people expect it to do so. That’s a little premature considering those elections are only next month, but never mind.

This all feeds nicely into the argument about the nationalisation of mines. You’ve heard it all before, the quotation from the Freedom Charter, how the mines are owned by whites etc. There’s even a lament for the black mine owners because “they’re heavily indebted to the banks”. That point is interesting. You may remember the SACP made the point last year, that perhaps Malema was pushing this because he was put up to it by black capitalists who’re losing money on their mines and thus want to be paid out for their losses. Now their plight is in an official policy document.

The stuff on the banks is pretty familiar too, although wonderfully misguided. The League does believe in freedom though. You can enter into any trade you like or start any factory. But you cannot own a bank or a mine, or any other “monopolistic industry”. Is there a definition of what “monopolistic industry” means? No, of course not. Why say it now, when it would limit them later?

The other you can’t own? Land. Pansi the property clause, pansi. They want it gone. And hang the consequences, “All Bilateral Trade Agreements should then be aligned to the reality that the State will whenever necessary expropriate private property without compensation for developmental purposes.” Well, the ownership alienation did work in USSR, Cuba, East Germany, Romania and few others. It works wonderfully well in North Korea these days as well as in Venezuela, where President Hugo Chavez has turned his daily expropriation into the reality TV show. All those countries enjoyed, or still enjoy, the wonderful standard of living and are true bastions of freedom so beloved by their subjects. Or that would be the Youth League’s understanding of the issues.

There are some interesting points, though, in the League’s suggestion that industrial development zones be created, that cities be consciously built in certain areas. Those areas are named and include Welkom, Witbank and East London. Those places that never quite made it economically. The idea here, explicitly, is to copy China. Then these zones would create employment. There’s something missing though…what could it be…oh yes… where will the money come from to create them? Would you invest in a multibillion-dollar project if it had someone who doesn’t believe in property rights as its salesman? We wouldn’t either.

Overall, this document is yet another call for the state to get bigger, and the private sector smaller, for individual economic rights to start the not-so-slow process of disappearing. What it really is all about is the growing of the space for those who already  dominate politically to dominate economically as well. That’s what nationalisation is increasingly looking like. A plan to get economic control under the full control of the political might, which the Youth League is reasonably expecting to acquire relatively soon. This is not about ideology, this is not about helping the poor and needy, this is not about caring about the unemployed. This is about controlling the country’s resources and business activity from one spot, by a few people with all power concentrated in their hands. It’s controlling the mineral wealth, but also Transnet and the SABC, banks, trade, commerce – you name it, it would eventually come under the direct political control.

The nationalisation logic is “supported” by the other big claim in this paper, that the state can somehow run things better than private enterprise. On Monday the Gauteng ANC sent out an email that it was going to name its mayoral candidates. Then it cancelled that press conference. So the organisation that is so out of control it can’t even perform this simple act, of who would run “Africa’s world class city” should they win the election, wants more say in running the economy. Where things are so bad the ANC fears naming its candidates because it knows voters might reject them. Where it doesn’t even give voters the choice of knowing who’ll run its councils, where the whole process is conducted in the ultimate smoke-filled room. And now they say “trust us”.

Our main emotion when reading this: Dread.

But don’t worry, the ANC Youth League’s proposals for the media, in our next exciting instalment, will cheer us up. DM