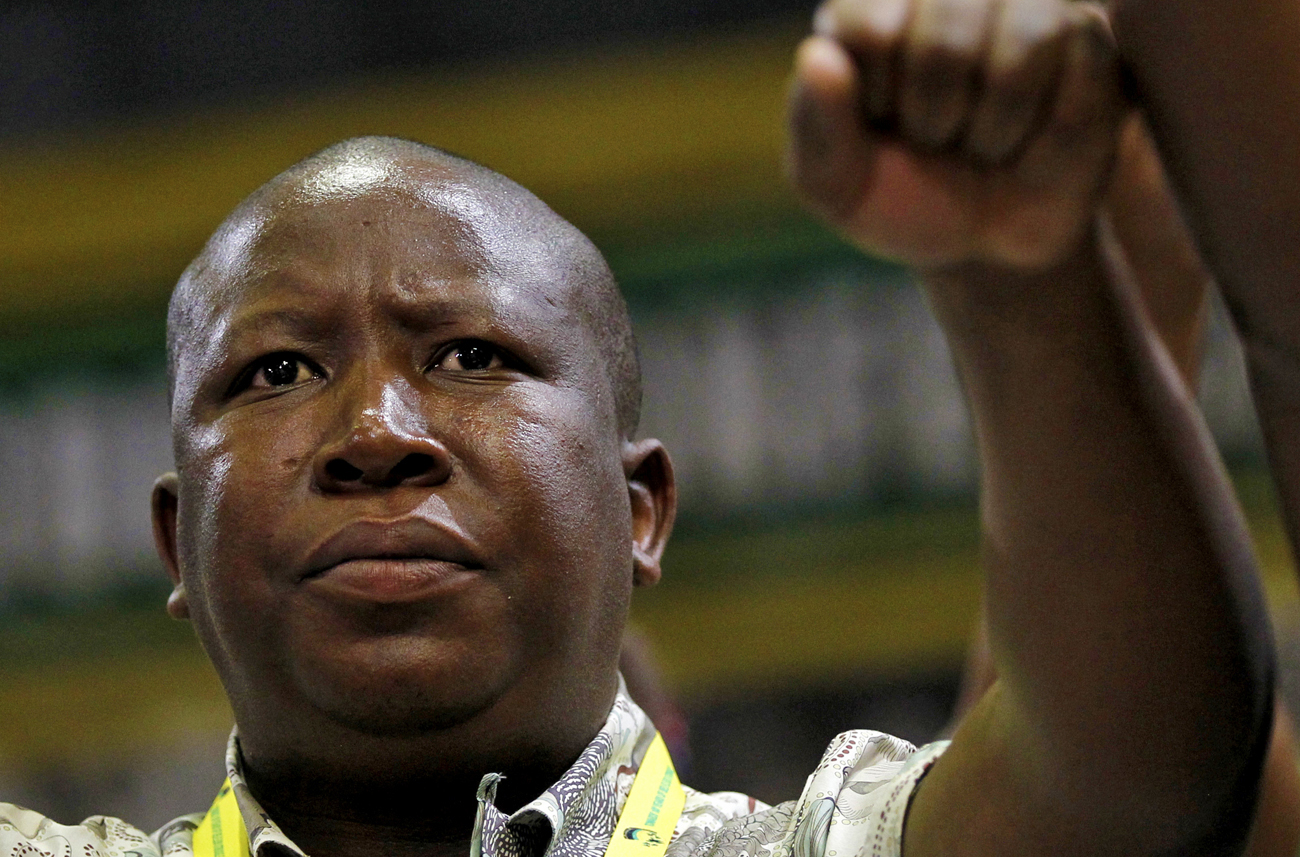 In legalese, the term “mens rea” refers to intention, motive and means to commit a crime. It seems it will form a fulcrum in the landmark case of AfriForum vs Malema J before the Equality Court. On the first day the court heard chilling testimony about Malema’s intention to kill AfriForum members if they marched on Luthuli House – as happened when IFP members marched in 1994 and 19 were gunned down. By STEPHEN GROOTES.

During the run-up to the 1994 elections one of the worst possible things that could happen did happen. After Chris Hani’s assassination, perhaps the worst moment of that momentous period was what happened at Shell House. Now renamed Luthuli House, it was – and still is – the ANC headquarters. About 50,000 people marched on it: they were Inkatha Freedom Party supporters and they were angry. What happened next was the subject of the Nugent Commission and subsequent amnesty hearings at the Truth and Reconciliation Commission. But 19 people died, most of them shot. And as with the Sharpeville massacre, which saw all its victims shot in the back, here the shots were all fired by ANC security guards. Eyewitness accounts even talk about an AK-47 being used.

This is the ghost that visited the first day of the Julius Malema hate speech trial on Monday. This violence, this dark moment that nearly tipped us into the abyss, was what Malema himself has brought to a case already fraught with racial conflict and recrimination.

But let’s go to the beginning. You’ll remember the background to this case. Monday saw the matter finally limp into the Equality Court, sitting in the South Gauteng high court. It started, predictably enough, with requests by the media to record and broadcast the proceedings. In the end, AfriForum won its request for radio recorders to be allowed in, and eNews Channel received the nod to take the proceedings live. Then there was the usual housekeeping, before things finally started.

Finally AfriForum’s advocate, Martin Brassey SC, made his opening statement about the group’s reasons for bringing the case. In his view the “central element of the case is this. It’s whether the chanting of racist words by a prominent leader on a public platform can be justified on the basis that they (the words) after a facet of the struggle against apartheid”. It’s probably the closest we’ll get to proper English in this case, but it gets to the nub of the matter pretty quickly.

He went through a translation of the song, how the refrain is “shoot the boer”, how it refers to “kill them” and “rob them”. He spoke about how their case is not to prove that there is a direct link between Malema singing the songs and people being killed on their farms, but that his singing of the songs “created a climate of hostility”. There was much about the times and dates on which Malema sang the songs, and the context, how it was often in front of an audience of “young and impressionable people”.

There was also the admission that “we don’t want a total ban on these songs”. It’s about Malema, about how “this song was sung by an influential political (leader) in a high position within the ruling party who has… the tendencies of, and I chose my words carefully, but it is the only word I can choose, who has the tendencies of a demagogue and who repeatedly expresses as a representative of the ruling party, race-based resentment against white people”.

Then the anticipation of what the ANC would say. The party said in its papers these songs are historical. Brassy hit out at double standards, about how it cannot be that one, “dominant” white class, has less latitude than a black “subordinated” class. He spoke about how these songs are not just about how the person singing them sees and feels them, but how a normal, ordinary person hearing them would feel. It’s obviously a crucial point.

And then finally, on to the evidence. And the Shell House Massacre. As its first witness AfriForum called its youth leader Ernst Roets. He was the person who first took Malema on publicly over this. The evidence was pretty boring, until he got to the bit about his meeting with Malema and some other ANCYL leaders. The idea was for Roets to meet with them and possibly call off the court case, and possibly for Malema to agree to accept a list bearing the names of people killed in farm attacks.

To listen to Roets say it, it was a meeting of a normal mild-mannered person, with a group of arrogant thugs. He spoke about how they kept saying “Apartheid isn’t over” and how black people are poor while white people are rich. When he suggested Tokyo Sexwale as an example of a black person who appears to know where his next meal is coming from, the response was “he’s poor, he owes the banks money, and whites own the banks”. Some top-level political analysis there. Then the threat “we beat apartheid, we’ll beat you”.

And the climax. Roets told them how his organisation wanted to march to Luthuli House over the songs. Malema’s response: “If you march to my office, we’ll do to you what we did to the IFP in 1994.” It’s a chilling threat. A threat of death and violence, a return to the dark days when people turned on each other because of where they were from and how they spoke.

Quite frankly, if the judge makes a finding that Roets’s testimony is correct on this, and that Malema did say that, it’s possible he could be in serious trouble with Luthuli House itself. To go around threatening people with the kind of violence that saw 19 people from another party killed at the hands of ANC officials is surely a step too far. Even for him. Surely, this is something from which not even he may rebound.

But Malema has top-level backing. Winnie Madikizela-Mandela was in court with him for most of the day. The two sat quietly, saying nothing, just watching the lawyers go at it.

It’s going to be a long two weeks, but when it comes to a democratic society discussing where your democratic rights end, it’s also going to be fascinating. DM