Analysis: Safa screwed up on Bafana name and no amount...

Analysis: Safa screwed up on Bafana name and no amount of spin will help 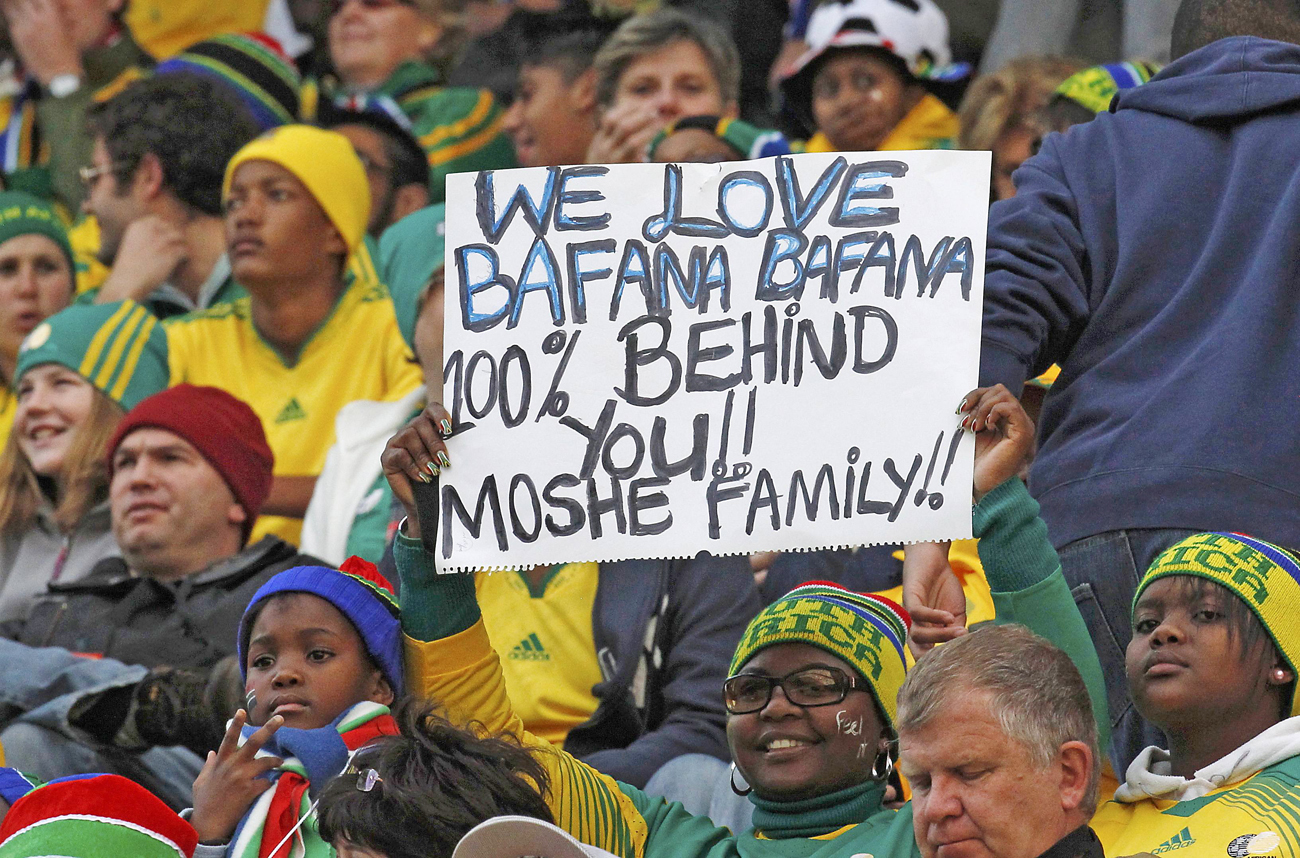 There has been much toing and froing at the South African Football Association, and once again it’s because someone forgot to do his job. The name “Bafana Bafana” may have to change because a private company managed to snap up the naming rights before Safa thought to do so. South Africans are rightfully pissed off at this fiasco, but that's – frustratingly - all they can be. By SIPHO HLONGWANE.

The legend goes the name “Bafana Bafana” was coined by journalists at the Sowetan, who borrowed the term from popular township lexicon. “Abafana bethu” our national football squad was known -our boys. The name became official after Safa’s readmission to Fifa in 1991. By 1993, an enterprising businessman by the name of Wayne Smidt had noticed that the Bafana Bafana trademark was unregistered, and helped himself to it by having his private company Stanton Woodrush register the trademark. “Our boys” were now Wayne Smidt’s Boys, and he would extract a fine levy for the name for the next 18 years. The matter went to court in the early 2000s, and the Supreme Court of Appeal told Safa they should have thought to register the name first. And that was that. Stanton Woodrush owns 49,9% of the Bafana Bafana trademark, with Safa holding the other 50,1%.

This didn’t seem to be much of a problem until the World Cup came along and there were millions to be made from Bafana merchandise. After having to share a big lump of the pot with Stanton Woodrush, Safa is now considering a name change for the national team, away from the trademark that’s been so intrinsically connected to our soccer history.

Former Fifa local organising chairman and Safa vice-president Danny Jordaan said, “The problem is from a legal and commercial starting point because the name (Bafana Bafana) is also owned by another entity other than Safa. But we hope to have this whole thing wrapped up by June.”

According to Business Day, Safa has now set up a three-man committee to investigate and consider a name change.

Fresh from doing absolutely nothing about the massive infighting at Cricket South Africa, sports minister Fikile Mbalula waded into the name-change issue, declaring it really wasn’t such a big deal. “I think our national soccer team deserves a better name than Bafana Bafana,” he told Business Day. “My belief is that this name must change. I think this is a debate we should have as a country. Our national team name should evoke patriotism and pride for us as a country.

“Do we deserve to still be called The Boys after qualifying for the Soccer World Cup twice and even hosting the tournament itself? I do not think so. I am really happy Safa is now seriously considering getting rid of this name. It must go.

“I would be more in favour of naming the national team after one of the Big Five rather than a young boy,” Mbalula said.

Jordaan is also keen on a name change. “Zimbabwe was changed from Rhodesia and even my home city Port Elizabeth is now known as Nelson Mandela Bay,” he said. “For as long as the name Bafana Bafana has existed, there have been those who were opposed to it. It has been viewed as demeaning in some instances because it means boys and these are grown men we are talking about.”

There are problems with Mbalula’s suggestion – Elephants is already taken, for example, by the Côte d’Ivoire national football team. And somehow we don’t imagine the public warming to “The Rhinoceroses”. We would be very interested in what the public would say to the name-change committee on the Bafana name.

But before Mbalula and Jordaan get too far ahead of themselves, this is really about money and not wanting to share any of it with some mountebank businessman just because he beat them to the trademark post. It’s about someone at Safa screwing up big time and no amount of obfuscation from our football administrators is going to change that.

It’s not the first time an oversight by Safa results in national egg in the national face. In December 2010 the under-21 side almost didn’t play in the All Africa Games because someone forgot to register the team.

The solution is right under Safa’s noses. We think the public would like the Bafana Bafana name to stay, and Smidt has shown a willingness to negotiate. The speculation is it would cost Safa roughly R33 million to secure full rights to the name. Is that option worse than the massive rebranding that would have to be undertaken?

We like the name Bafana Bafana and too bad if Mbalula doesn’t. We may be calling them “the Boys” but dammit, they are OUR boys. DM

Photo: A South African fan shows her support for Bafana Banafa as she waits for the start of the 2010 World Cup Group A soccer match between France and South Africa at Free State stadium in Bloemfontein June 22, 2010. REUTERS/Ivan Alvarado.