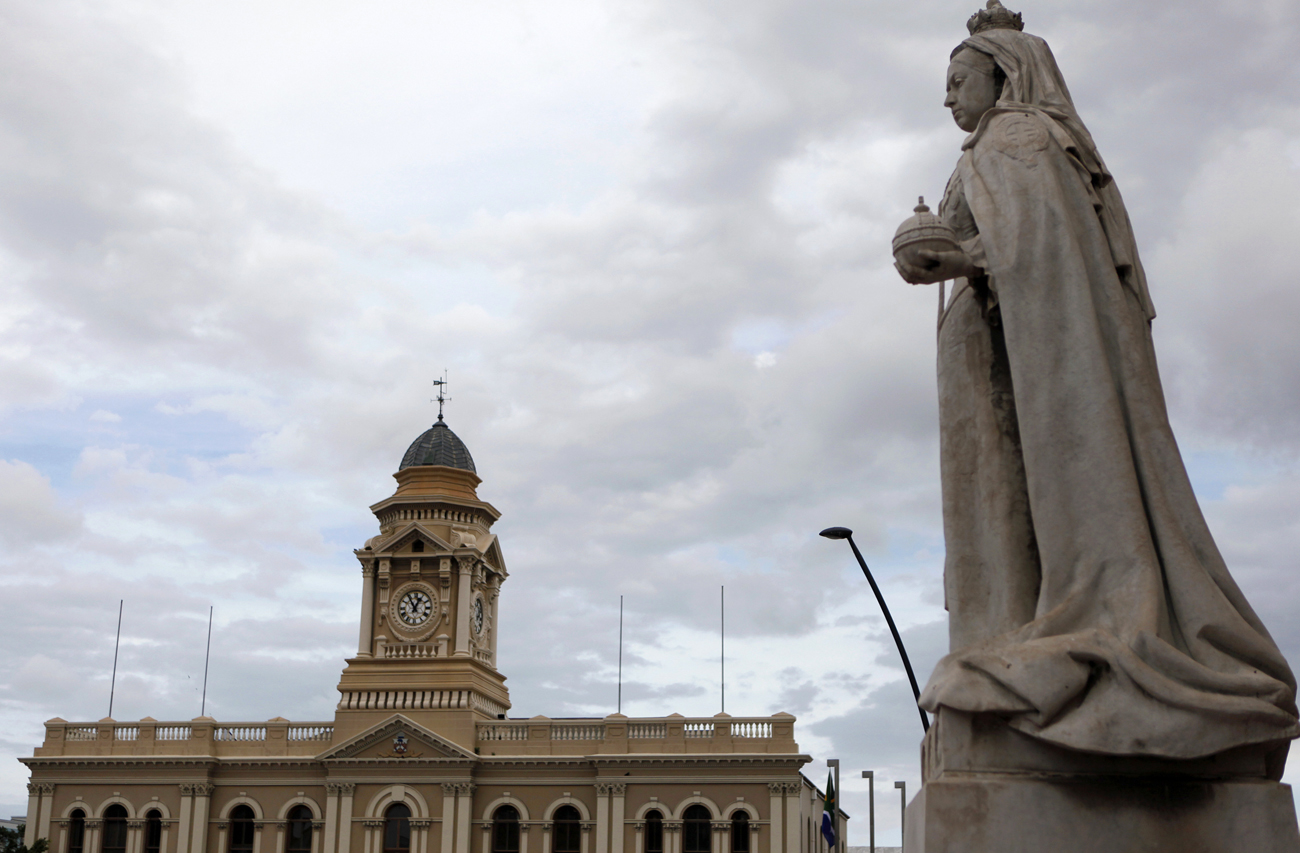 Port Elizabeth may be friendly, may be windy, but it is not the place for late-night assignations or an illicit rendezvous. Politically, it’s usually just ignored. “Eastern Cape is ANC turf and don’t you forget it” is pretty much the message. But suddenly it’s being thrust into the political limelight. In the last week Helen Zille, Julius Malema and senior ANC people have visited the region. Cosatu’s Zwelinzima Vavi warned on Tuesday the city could fall from the ANC’s grasp come 18 May. By STEPHEN GROOTES.

The Nelson Mandela Bay Municipality should be a slam-dunk for the ANC. In 2006 the party took it handsomely, with 66.53% of the vote.  But that was a different era. Thabo Mbeki ruled supreme. Cope was but a strange glint in Mosioua Lekota’s eye whenever the name Jacob Zuma came up. And Polokwane was something to worry about next year. The only people who could be accused of sowing division were Vavi and Cosatu and, of course, Fikile Mbalula, who was Julius Malema before Julius Malema.

Things have changed. Polokwane, the Mbeki recall, the formation of Cope, DA’s ascent in Western Cape, have all meant that when the 2009 national and provincial elections came around, Eastern Cape was a different political place. And that meant in that poll, of the people who voted in the municipality, just 50.1% cast their ballots in favour of the ANC. It’s one of those statistical facts lurking on the IEC website that only someone with a lot of time on their hands and plenty of broadband would discover.

This makes what happens inside the ANC very important. And, of course, there have been plenty of problems with the candidate selection process within the party. The PE branch of the party was not immune, protesters there planned a march when it turned out several of the region’s officials had ended up on the final candidate list, without being nominated by branches. Oops. So much for the democratic process.

At the same time the council itself has become a bit of an ANC battleground. It’s your basic microcosm of what’s happened around the country. Infighting in the party turns into infighting in government. In this case things are so bad a report around alleged corruption in the council has been put on hold until after the elections. It’s the reason given for this decision that really tells you how completely buggered the place is. The Eastern Cape MEC for cooperative governance Mlibo Qoboshiyane says ,“The economy in and around the municipality, the Eastern Cape province and the republic will be at risk or at least severely affected should the report be made available at this stage.”

Yes, really. The whole country would be affected. This means there’s been some serious snuffling at the trough, and lots of people with dirty noses are going to be busted.

The DA is, of course, cock-a-hoop with all this. It smells the possibility of forming a coalition government that doesn’t involve the ANC. Its council leader Leon de Villiers is already talking openly about who he would deal with and who he wouldn’t. You can imagine how Zille would feel visiting a DA municipality in the heart of the province the ANC considers its spiritual heartland.

But the real joker in the pack is Cope. The big difference between the election in 2006 and the election in 2009 was the fact that it campaigned and, therefore, it was. Cope was really the party that stopped the ANC from getting a two-thirds majority in 2009. And many of its votes came from Eastern Cape. It’s picked Smuts Ngonyama as its mayoral candidate for the city. Ngonyama? The man in the ANC closest to Mbeki. Who was the main ANC spokesman during those years. He’s a heavy hitter if ever there was one. He claims Cope will be a major player after the elections. While we don’t want to give the party too much credit, this is an area where it could make a real difference. For so long people have voted their souls and skins. That’s their right. But this is changing, and people who couldn’t even think of voting DA last time and didn’t like Zuma much, voted Cope. That’s a big shift. Some will now consider voting DA, and many will not vote at all. The real question is how many will do what?

The ANC is not oblivious to all this. But it needs to pick who it sends to the area carefully. Zuma is not hugely popular there, he’s not unpopular, but Eastern Cape is not KZN. And it faces another problem. In its quest to get out the vote, it needs to send lots of leaders to lots of places. There are voters who need placating all over the place at the moment, while the DA and Cope can perhaps target certain areas more easily.

No one knows how a DA/Cope coalition would, or even could, really work in practice. But if it happens, and it’s still a big “if”, that wouldn’t be the story. The story would be the ANC losing another metro. And the story so far is that once it loses a metro, it doesn’t win it back. That is one of its darkest nightmares. DM