Maxwell Kadiri and the business of taking down Charles Taylor 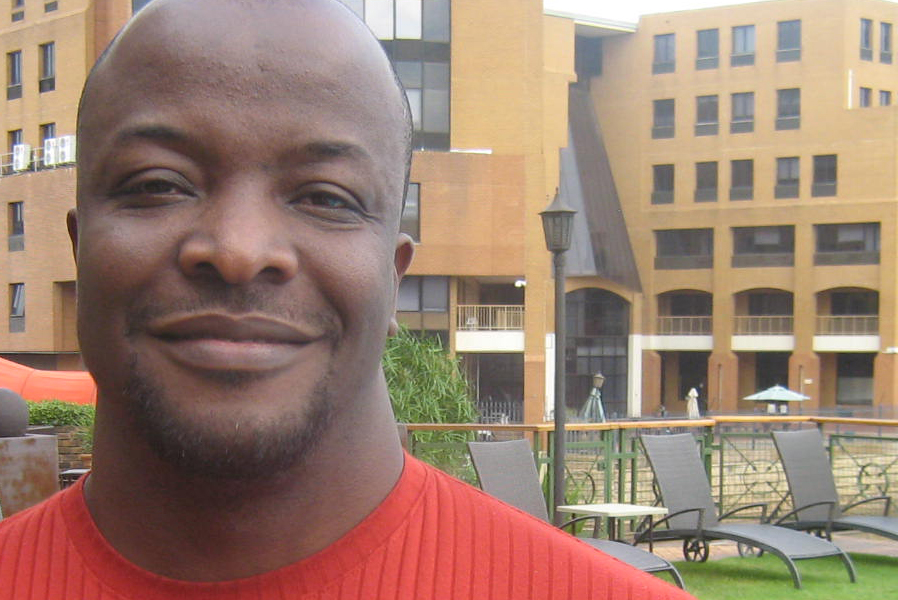 Nigerian human rights lawyer, Maxwell Kadiri talks about his role in lobbying to get one of Africa’s most violent despots to trial. Charles Taylor’s three-year trial recently ended in The Hague, but it is because of the work of countless activists and lobbyists like Kadiri that justice will be realised. By MANDY DE WAAL.

Human rights lawyer Maxwell Kadiri was in the UK when word came that he was wanted by Nigeria’s security forces. Why did they want to detain him? Well, it all had to do with a man called Charles Taylor.

“Our involvement in the Taylor litigation began when Taylor received asylum in Nigeria, which basically cost us about four months in exile in the UK. When we started that advocacy it was risky, it was tough and it didn’t look like something doable because of the circumstances in which Taylor came to Nigeria in the first place and the support he was getting from the Nigerian government, based on the terms of his asylum.”

The fact that something looks improbable isn’t a factor that’s likely to stop Kadiri, an associate legal officer for the Africa Programme of the Open Society Justice Initiative, part of the Open Society Foundations. Founded by investor and philanthropist George Soros, the work done by the Africa Programme is aimed at ensuring accountability for international crimes, stemming corruption, addressing abuses related to national security and championing human rights. Based at the Open Society’s Abuja office, Kadiri confesses that getting Taylor extradited and tried for war crimes initially seemed improbable. “It didn’t seem like something that would come to pass, but starting with a little effort we were engaged in building up support from colleagues around the continent. Today it is gratifying to see Taylor have his day in court in The Hague and for some of his victims of the Sierra Leone crisis to see what he is experiencing now.”

The 22nd President of Liberia, Taylor is Muammar Gaddafi’s protégé and was trained in the art of guerrilla warfare from the Libyan president – who is currently busy fighting a popular military revolt  against his 42-year rule. Like Taylor, it looks as if Gaddafi may face an international court for crimes against civilians, with human rights lawyers saying thousands have been killed in Libya since the uprisings began in February.

After learning from Gaddafi, Taylor founded the National Patriotic Front of Liberia and launched a Liberian coup funded by Libya. By 1990 he controlled most of Liberia. When the civil war ended six years later, Taylor stood for office and was voted in despite a macabre campaign slogan that went: “He killed my ma, he killed my pa, but I will vote for him.” Many think the only reason Taylor won the 1997 Liberian elections was because of fear of renewed war if he didn’t, and the haunting spectre of the violence that had only just ended.

But Taylor was hardly a peaceful president and his focus shifted to the Sierra Leone civil conflict, blood diamonds and recruiting child soldiers for rebels in Sierra Leone. After two years of rule a rebellion grew against Taylor, who ironically was at peace talks in Ghana when he heard word that he had been indicted by the special court for Sierra Leone for war crimes.

Taylor scuttled back home to Liberia, and fled to Nigeria when a deal was struck by the United Nations, the US and the African Union to extradite him from his home country. The charges against him were five counts of war crimes that included murder, terrorising civilians and cruel treatment, five counts of crimes against humanity that included murder, mutilation, rape, sexual slavery and enslavement and one count of serious violations of international humanitarian law for using and recruiting child soldiers.

The true extent of Taylor’s depravity is difficult to chronicle, but a disturbing photomontage from AFP chronicling the madness will suffice where words fail.

“My boss, Chidi Odinkalu, and I had meetings in the UK about the same time as the Nigerian government became quite uncomfortable with our involvement in the Taylor saga. The security agents sent word round all their units to track us down for detention and interrogation and we weren’t sure where that was going to end. Word reached us and our colleagues that they had put out notices for us as wanted persons.”

Kadiri’s UK colleagues refused to let the pair return home, fearing the worst, and instead started to lobby the Nigerian government for assurances of their safety. At the time Soros’ Open Society was supporting economic initiatives driven by President Obasanjo. Soros personally used this leverage to firmly urge Obasanjo to understand that the human rights lawyers were doing the right thing. “Soros, in correspondence with the president, was able to put it very firmly on the table that the staff members of the Open Society were aligned with issues that the institution was meant to champion and, as such, were acting well within their rights. He confirmed we had made the right judgement calls and that Obasanjo shouldn’t be whipping us into line.

“It was tough because this was a five-day trip turned into a four-month visit, so it was psychologically challenging. We also had a lot of other ongoing initiatives on the Africa Programme that we had to find a way to get going despite the challenges we were having. Eventually the Nigerian government came to the realisation that it was a futile exercise to pursue and that it wasn’t in the government’s interest to hound its citizens over what was a clear case of an ex-head of state who had also killed lots of Nigerians in the context of the Sierra Leonean and Liberian conflicts.”

Late in March 2006, Obasanjo agreed that Taylor could be taken into custody, but when Taylor caught wind of these plans, he fled from his seaside villa in Nigeria. He was arrested while trying to cross into Cameroon and taken to The Hague where he was tried by a UN-backed court. The trial lasted three years and drew to a close in March this year. A verdict is expected later this year and, if found guilty, the 62 year old, who is the first African ruler to face an international tribunal, is likely to be jailed in the UK.

“It is important to take on what seems like impossible causes. Most of us who are in the activist community are at some level in a privileged position compared to lots of our contemporaries who are downtrodden. The reality is somebody has to do something about the elites in our society or else they will just continue to ride roughshod over the entire community,” says Kadiri. “With the belief in a good cause and that you want to give it your all – even if the support doesn’t come and it means that you will go down in the process – at least you know you will have done what your conscience and professional judgement tells you is a good battle to fight.” DM