Goldstone’s ‘regret’: Why Israel and world Jewry should revere him 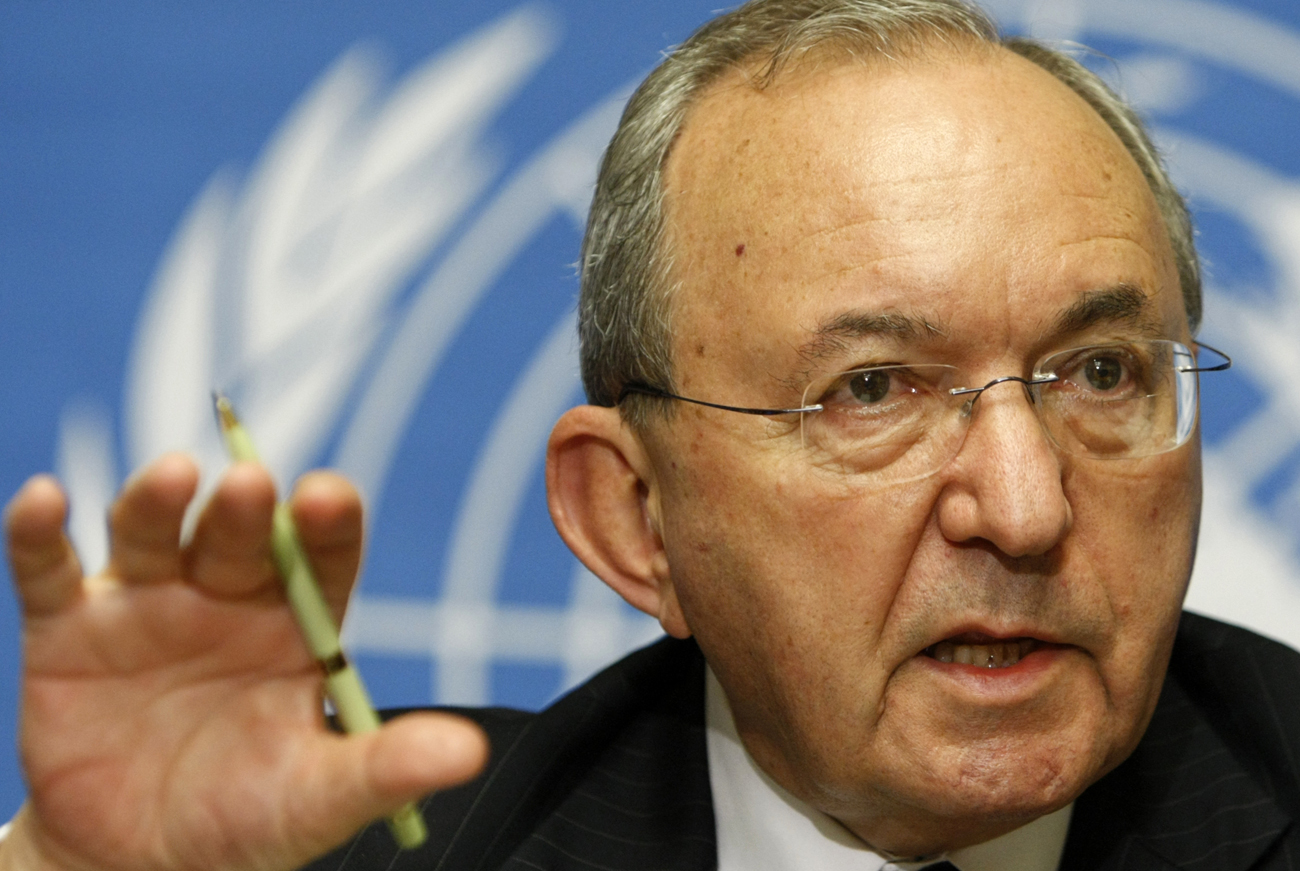 In an article published in the Washington Post on Friday night, the esteemed jurist Richard Goldstone revised his position on the damning United Nations report that bears his name. Israel, it seems, was not guilty of war crimes during the 2009 invasion of Gaza. Does that mean Goldstone is a pariah who deserves to be shunned by diasporic Jews and by the state that he loves? Hardly. By KEVIN BLOOM.

“The purpose of the Goldstone Report was never to prove a foregone conclusion against Israel.” If there’s any single sentence that should be highlighted and re-highlighted in Richard Goldstone’s explosive article, published in the Washington Post on Friday night, it’s this. The sentence means, quite simply, that Goldstone did not begin nor end his 2009 United Nations report – the one that suggested Israel may have killed Palestinian civilians intentionally– with glee. As a Jew and a long-time supporter of the State of Israel, he did not wish to sign off on an international document that effectively found the Israeli Defense Force guilty of war crimes. He did not wish to drag Israel’s name through the mud and give further ammunition to the legions of anti-Semites who were “appalled” by the 2009 invasion of Gaza. He did not wish to compare the government of Israel to Hamas, thereby labeling it by implication a terrorist organisation. And he certainly didn’t wish for his life to become the living hell it clearly has been for the last two years.

What Goldstone wanted, rather, was to act fairly and legitimately: proof of that can be found in the article itself, which includes the following words in the opening paragraph: “If I had known then what I know now, the Goldstone Report would have been a different document.”

His lengthy statement, which was written in the wake of a new UN report into the Gaza invasion submitted two weeks ago by former New York judge Mary McGowan, took into account internal investigations Israel had subsequently conducted into 400 alleged cases of misconduct. Wrote Goldstone: “The [original report’s] allegations of intentionality by Israel were based on the deaths of and injuries to civilians in situations where our fact-finding mission had no evidence on which to draw any other reasonable conclusion. While the investigations published by the Israeli military and recognized in the UN committee’s report have established the validity of some incidents that we investigated in cases involving individual soldiers, they also indicate that civilians were not intentionally targeted as a matter of policy.”

Goldstone continued by highlighting the most serious attack launched by the Israeli Defense Force (IDF) on civilians, which involved the shelling of a home belonging to the al-Simouni family and resulted in the deaths of 29 innocents. Again acknowledging the crucial element of intentionality, he conceded in hindsight that the Israeli commander responsible for the attack incorrectly interpreted a drone image – that is, he made a battlefield “mistake” in firing at the target – and that the officer in question is currently under investigation.

But why did Goldstone not have access to this sort of material at the time of compiling his own report? It’s simple: because the IDF didn’t give it to him. The Israeli government has long considered the United Nations Human Rights Council to be an enemy, an organisation that disregards and often ignores the IDF’s efforts to avoid civilian casualties, and so Goldstone was denied permission to view the military’s files. In explaining this in his article, Goldstone didn’t appear to be harping on the “excuse” – he stated it simply, and then agreed that the Human Rights Council’s “history of bias against Israel cannot be doubted”.

Of course, this didn’t stop Israeli centrists and conservatives from loudly crowing that they’d been right all along. Netanyahu called for the original report to be thrown into “the wastebin of history,” and President Shimon Peres demanded an apology. What both these men no doubt saw in the Washington Post piece was that Goldstone did not, in fact, retract the findings of his report nor exonerate the IDF; what he expressed, rather, was his “regret” that he was barred access to evidence of the circumstances in which Palestinian civilians appear to have been killed.

The left-leaning daily Ha’aretz, in defending Goldstone, was once more in the minority in the Israeli media. “We owe Richard Goldstone a vote of thanks,” the paper’s senior editor Bradley Burston wrote. “We, and by that I mean people who want to see Israel thrive as a healthy country and a strong member of the community of nations, owe him the respect to acknowledge that – both in carrying out his inquiry on the Gaza War, and in reassessing its findings – he was acting as a person who wanted to see an Israel that he loved, live up to its own standards.”

What the paper also pointed out, in a separate article, was that Goldstone’s personal life has been one of “great distress” since the publication of his report; friends have shunned him and, in a move that did the reputation of South African Jewry no good, a Johannesburg synagogue said it would not allow him to attend his own grandson’s Bar Mitzvah (he was eventually “allowed” into shul after the damage had been done). In the face of all of this, he stuck to his guns – and then when evidence emerged that showed Israel was *not* guilty of crimes against humanity, he immediately revised his position. As he wrote in the Washington Post, and as only Ha’aretz appeared to appreciate: “I continue to believe in the cause of establishing and applying international law to protracted and deadly conflicts. Our report has led to numerous ‘lessons learned’ and policy changes, including the adoption of new Israel Defense Forces procedures for protecting civilians in cases of urban warfare and limiting the use of white phosphorus in civilian areas. The Palestinian Authority established an independent inquiry into our allegations of human rights abuses — assassinations, torture and illegal detentions — perpetrated by Fatah in the West Bank, especially against members of Hamas. Most of those allegations were confirmed by this inquiry. Regrettably, there has been no effort by Hamas in Gaza to investigate the allegations of its war crimes and possible crimes against humanity.”

Can we honestly call this the sentiment of a man who considers his own legacy more important than the facts? (The consensus in mainstream Judaism, across the diaspora but especially in South Africa, has been that he only authored the report to further his career). Could this 72-year-old lawyer from Boksburg really be, as the Israeli government would have it, public enemy number one? (Last year, some may recall, Prime Minister Benyamin Netanyahu named Israel’s three major strategic challenges as the Iranian nuclear program, rockets aimed at its citizens, and Goldstone). Before condemning the man – and this appeal goes out directly to the South African Jewish Board of Deputies, who have made a sport of it in the last couple of years – it may be prudent to consider the not insignificant matter of intentionality, the very thing that Goldstone was denied access to by the IDF. DM

Photo: Richard Goldstone, Head of Fact Finding Mission on Gaza looks on during a news conference at the United Nations European headquarters in Geneva September 29, 2009. Goldstone, a former U.N. war crimes prosecutor who led a U.N. inquiry into the Gaza conflict, called on Israeli and Hamas authorities to conduct open and credible investigations into atrocities during their December-January war in the strip. A lack of accountability for war crimes committed in the Middle East has reached “crisis point”, undermining any hope for peace in the region, the U.N. human rights investigator charged on Tuesday. REUTERS/Denis Balibouse.