‘Politopera’ – the merging of modern politics and traditional musical drama 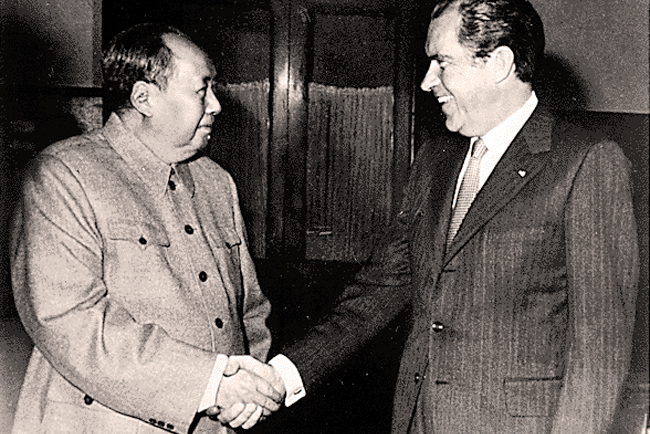 Amid several reincarnations of the “elder tales” of Shakespeare’s “Richard III” and Bizet’s “Carmen” in modern South African garb and context, comes what The Daily Maverick, for want of a more descriptive word, calls “politopera” – contemporary political and controversial drama married to the musical genre of traditional opera and including indigenous styles and influences. The latest of these is “Winnie – The Opera” – J BROOKS SPECTOR spoke to composer Bongani Ndodana-Breen.

Besides the great classic operas like “La Traviata”, “The Magic Flute”, “Marriage of Figaro”, “Carmen”, “Tosca”, “La Boheme” and “Madame Butterfly” performed in this country by the Cape Town Opera, Black Tie Ensemble and Opera Africa, audiences in this country will also soon be able to hear and see a very different kind of work in South Africa’s newest contemporary opera, “Winnie” opening at the State Theatre in Pretoria on Freedom Day. The composer, Bongani Ndodana-Breen, is a South African musician who was classically trained abroad, but who says he remains thoroughly attuned to African musical traditions as well. The lead in “Winnie” will be sung by South African singer, Tsakane Maswanganyi.

Ndodana-Breen has already composed an opera about Chris Hani, so this new work is not his first venture into the tricky territory of real, contemporary and very-contested characters. In this production, Ndodana-Breen’s score is married to a libretto co-written by Warren Wilensky and Mfundi Vundla (the latter a writer with a soapie scripting background). When The Daily Maverick spoke with the composer, they discussed his own relationship with his new opera, with opera in general and whether opera will survive.

Ndodana-Breen: “European music took a particular road in the 1980s and it stopped appealing to a wide spectrum of people – too narrow, too self-indulgent.”

The Daily Maverick: “And your own relationship to traditional music?”

N-B: “I prefer the term indigenous. Symphonies and opera companies will not survive unless they take into account indigenous music. Cape Town’s not Vienna!  And where is the audience? It’s a very expensive folly with 25% of house audiences and old ‘dying’ audiences.”

DM: “Your music doesn’t seem, on the face of it, to be easy to assimilate by local people. Who are you aiming at?”

N-B: “You may lack the context – those who have been to local funerals and ceremonies, they will get it. A perpetual motif in the strings is Shona mbira music. There is one stream and then the same melody is played against itself. Then there is the Mapira ceremony… and in the singing there is the melodic shape for “Winnie”.  I tried to match the contour of how Xhosa people speak. Then there is the call/response thing….

“I’m greatly interested in the choral music from before the infiltration of Scottish/British missionary pre-colonial choral music…We had our own modes and our own way of organising musical thoughts and defining structure and dealing with melody and I’m interested in a renaissance of that. Some of the contemporary, so-called, traditional music is so much under the influence of European hymnody….It still exists in pockets outside the church, for circumcision ceremonies for example.”

DM: “But why compose an opera? Isn’t it a dying art form, a Eurocentric, elitist style?”

N-B: “It’s not dying. People are doing the best they can to kill it. But black South Africans are drawn to it because we see a parallel to the way we treat music in our culture. In the West there is a compartmentalization, but not in Africa. Music is part of a bigger thing than just singing. Opera is structured, organised storytelling with singing and great melodies. What is alien is all that frilly court costume.

“My Hani opera is based on a ritual of exhumation and reburying. The cast moves through the audience and breaks down the proscenium arch – that is something that doesn’t exist in African culture and society. Opera has a great future in Africa, great young singers and directors and musical content that appeals to new generations.”

But there remains that awkward question about what happens with real-life (and even still-living) figures in operatic terms, or in theatre and culture more generally. If they don’t like the work on stage, what do they do? Do they sue?

One of the great contemporary operas of our time, “Nixon in China,” written in 1987 by American composer John Adams, features Richard and Pat Nixon, Henry Kissinger, Chou En-Lai, Mao Zedong and Madame Mao, all at the real-life moment of Nixon’s history-making visit to China in 1972. In Adams’ opera, Chou En-Lai comes across as the work’s real hero and he gets the most resonant, soaring music. In contrast, Henry Kissinger – with exaggerated, Chinese opera-style eyebrows – is also inserted into the obligatory communist propaganda ballet as a lascivious landowner who can’t keep his hands to himself. One wonders if Kissinger thought to sue or smile at being made the sex-crazed villain of an international “high culture” musical hit.

“Nixon in China” has recently been on local movie screens as part of the New York Metropolitan Opera’s transmissions of HD digital videos around the world. When Ndodana-Breen spoke with us, he also pointed to “Nixon’s” composer, John Adams, as one of his own artistic inspirations, together with Philip Glass. Adams’ works are popular – and controversial – but one thing is for sure; they are not dependent upon traditional melodies.

Watch excerpt from the final dress rehearsal of John Adams’ “Nixon in China” at the Met Opera on January 31, 2011.

Like his contemporary and compatriot Philip Glass, Adams relies on a lyrical, but avant-garde minimalism, with clever, even tantric-style musical devices that can hypnotise the unwary. South Africa’s own Philip Miller composed his “Rewind” for voice, strings and tape recordings that, like “Winnie”, also draws its impetus from actual testimony before the Truth and Reconciliation Commission. “Rewind” was a hit when it premiered several years ago and audiences get another chance to hear it when the Cape Town Opera offers it later this year.

Meanwhile, Adams has taken some heat for the political perspectives of his works. Retired New York Times reporter and editor Max Frankel recently wrote in NYT about this tangle of opera and real history just as the Metropolitan Opera was poised to perform Adams’ work for the first time in February 2011. “Nixon in China” premiered in Houston a generation ago and has become a staple of modern opera since, but it had never been performed before by New York’s Metropolitan Opera. As Frankel wrote on seeing it: “What’s it like to watch your own experience turn up as grand opera: in my case, finding my reporting about Nixon in China suddenly evoked by the Metropolitan Opera’s production of John Adams’s “Nixon in China”? Very weird. I kept imagining myself onstage in the prepositioned press crowd as Air Force One dropped from the sky in Beijing. And there I was again among the toasters clinking glasses that night at Chou En-lai’s banquet for the president.
“Weirder still was my realization that one of the main characters in the opera was still living — and surely sulking — just a mile across town. That’s because the Henry A Kissinger I know from years of professional contact is just a wee bit more fascinating and complicated than the lecherous lackey of landlords who drags his namesake through the muck in the Met’s drama.”

Adams’ earlier work includes “The Death of Klinghoffer,” a work that concerns the killing of a wheelchair-bound elderly man by Palestinian guerrillas on the hijacked ocean liner, the Achille Lauro, and “Dr. Atomic”, based on the controversial life of J Robert Oppenheimer, the lead scientist in the creation of the first atomic bomb. What Adams has apparently been trying to do with such works is to drag opera kicking and screaming back into the centre of the world cultural conversation via challenging music and political and social controversy rather than leave it in some musical backroom with all the pretty old-fashioned furniture nobody wants anymore.

And so, here in South Africa, we have become, suddenly, lucky. We have two different casts and productions of one of the world’s great cultural treasures – Georges Bizet’s “Carmen” – in cities throughout the nation, and we are also poised to see an entirely new work based on the final day of Winnie Madikizela Mandela’s testimony before the Truth and Reconciliation Commission. This assuredly won’t be opera for sissies or bluenoses: Its main character will be one of the most influential, controversial and divisive figures in contemporary South Africa. DM

For more, check out the websites of Opera Africa, the Cape Town Opera, “Winnie – the opera”, as well as stories on “Nixon in China” and a history of the Civic Theatre.