David Foster Wallace: A morality tale from the grave

David Foster Wallace: A morality tale from the grave 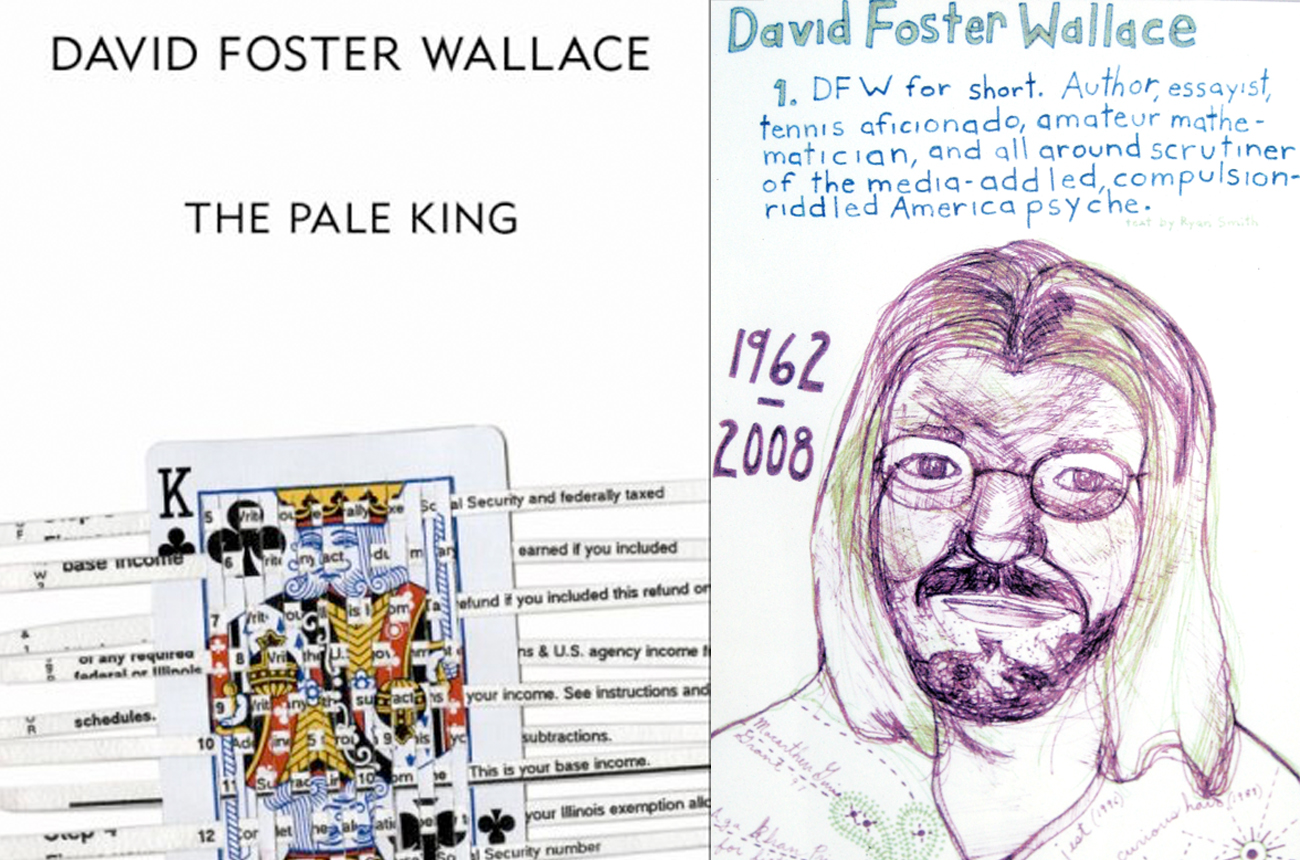 When he died by his own hand in September 2008, the great American writer David Foster Wallace left behind an unfinished manuscript that many thought would be a clue to his suicide. Due out this month, The Pale King seems to be less a disquisition on death than a fractured narrative on the minutiae of daily life – and therefore probably another Wallace masterpiece. By KEVIN BLOOM.

Every fan of David Foster Wallace has their own personal favourite, a piece of prose penned by the great and troubled author that, for them at least, typifies why he was a master observer of the modern psyche as it continues to manifest itself in the West – anxiety-ridden, oscillating between profound boredom and the empty distractions of electronic entertainment, religiously consumerist, spiritually bereft. My favourite – and I’m not alone here – is the 1996 Harper’s essay “Shipping Out,” in which Wallace describes the excesses of a one-week Caribbean cruise aboard the MV Zenith, a boat he prefers to call the Nadir. Republished as “A supposedly fun thing I’ll never do again” in the non-fiction collection of the same name, the piece is at once a soaring lesson in deadpan irony and a heartbreaking morality tale about the depths to which we have sunk as a species. The centre-point of the essay is what Wallace terms the “Professional Smile,” and being a writer who has taken the footnote to a new level (even his footnotes have footnotes), he describes the phenomenon at length in footnote number 40, where he remarks that it’s a national pandemic in the American services industry:

“[And] noplace in my experience have I been on the receiving end of as many Professional Smiles as I am on the Nadir: maitre d’s, Chief Stewards, Hotel Managers’ minions, Cruise Director – their P.S.’s all come on like switches at my approach. But also back on land at banks, restaurants, airline ticket counters, on and on. You know this smile – the strenuous contraction of circumoral fascia w/ incomplete zygomatic involvement – the smile that doesn’t quite reach the smiler’s eyes and that signifies nothing more than a calculated attempt to advance the smiler’s own interests by pretending to like the smilee.”

In one capitalised phrase, Wallace, who committed suicide in September 2008 after unsuccessfully attempting to wean himself off anti-depressants, encapsulates the debilitating cumulative effect of “marketing” on the human soul – kind of like the comedian Bill Hicks did before he too died young (“You are Satan’s spawn filling the world with bile and garbage,” Hicks famously told anyone in his audience who happened to work in advertising or marketing), although with the author it’s a bit more subtle. The Professional Smile, according to Wallace, is dishonest and sinister for the following reason: “[Since] it offers a perfect facsimile or simulacrum of goodwill without goodwill’s real spirit, it messes with our heads and eventually starts upping our defenses even in cases of genuine smiles and real art and true goodwill. It makes us feel confused and lonely and impotent and angry and scared. It causes despair.”

Those words were written more than a decade before the author died at his own hand, and there’s something eerily prophetic about them – indeed, the cult-like following that’s sprung up around Wallace since his death has taken an intense if morbid interest in scouring his oeuvre for clues that he was “always destined” to hang himself. Now, with the imminent bookstore release of The Pale King, the novel Wallace was working on when he died, this posthumous adoration is morphing into the type normally reserved for spiritual icons. It’s a pity, because Wallace didn’t much like icons. He called them “abstractions,” beings “incapable of vital communication with living people.”

Yet even reviewers who’re familiar with this quote can’t help painting Wallace as a saint. For example Benjamin Alsup, who reviewed The Pale King for Esquire magazine under the headline (what else?), “Saint David Foster Wallace and the Pale King”. In the online version of the review, the header and short prayerful intro are split by an image of Wallace rendered in stained glass; closer inspection reveals that the comparison in the picture is not to any old saint, but to Jesus himself. Then there’s Alsup’s opening paragraph: “The last work of fiction by the greatest American writer of my generation is an incomplete and weirdly fractured pseudo memoir about the United States tax code and several employees of the Internal Revenue Service. The work is frustratingly difficult in places. It’s potholed throughout by narrative false starts and dead ends. Characters appear without introduction and disappear without cause. I often found myself putting the novel down, and I didn’t always want to pick it up again. Then I did. Because The Pale King, an unfinished manuscript that will be published this month by Little, Brown, is one of the saddest and most lovely books I’ve ever read.”

Mishiko Kakutani, writing in the New York Times, is slightly less devout; she calls the novel “by turns breathtakingly brilliant and stupefyingly dull,” adding that a book about boredom is bound to be boring in places. Still, what Kakutani saw in the book is what fans of Wallace have been seeing in all his writing since well before he became the saint he never intended – or wanted – to be: “This novel reminds us what a remarkable observer Wallace was – a first-class ‘noticer,’ to use a Saul Bellow term, of the muchness of the world around him, chronicling the overwhelming data and demands that we are pelted with, second by second, minute by minute, and the protean, overstuffed landscape we dwell in.”

“I walk away from the Manhattan tobacconist resenting not the counterman’s character or absence of goodwill but his lack of *professionalism* in denying me the Smile,” Wallace concludes. “What a fucking mess.” DM