'And all the men and women merely players' playing subl... 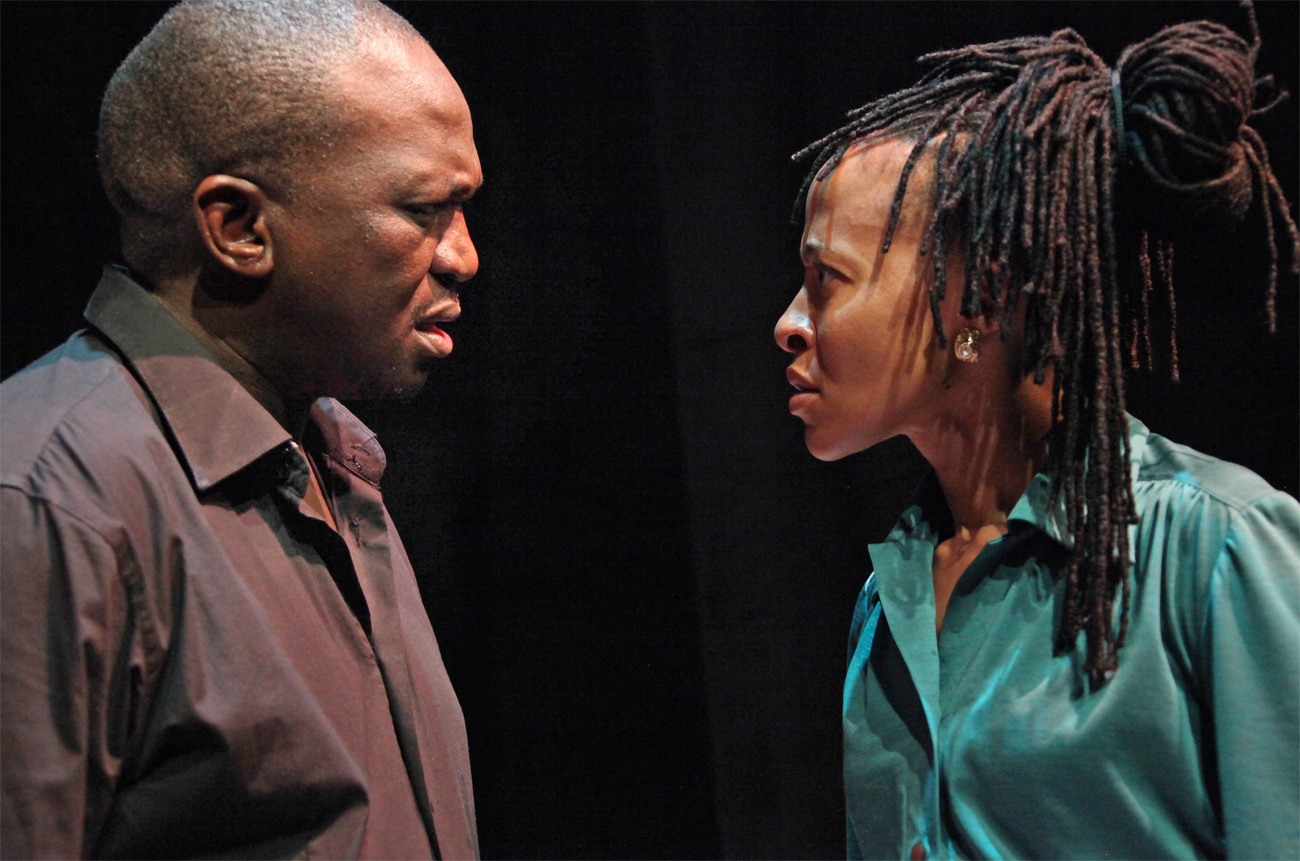 This play is aptly named as it exposes how we “play” our personae, each other and manipulate those around us. It mirrors the seven deadly sins and Shakespeare’s “seven ages of man” from “As You Like It”. Keep a sharp eye out for yourself in this well-crafted, er, play. By LESLEY STONES.

The synopsis for a new play showing at the Market Theatre describes it as a story of power and love that explores the seven deadly sins through the actions of an unstable couple who invite strangers into their lives.

Yikes, you think – it’s another of those in-your-face sexual explorations that often flaunt themselves upon The Market’s stages. Don’t sit too near the front, you don’t want too much of an eyeful. Happily you’ll be entirely wrong. “Play Me” is a sophisticated show full of insights into the lives of two thoroughly unpleasant people. You never get to like stubborn, inflexible Joe (Fana Mokoena) or his shallow, vicious wife Pretty (Zandile Msutwana). They’re an awful couple, played brilliantly to expose how they have everything and appreciate nothing.

Msutwana has a face that shows Pretty’s very unpretty thoughts without saying a word. Her sneering looks give her a suitably supercilious aura that naturally makes the other actors, and the audience, bristle.

Their domestic helper Julia (Lerato Mvelase) is initially all meek and mild, until her surface is scratched and a cunning yet admirable character emerges from the wound. The fourth protagonist is Jack, played by the truly enormous Sello Sebotsane. He’s an old army comrade who descends on the couple in search of a job and a place to stay. Pretty and Joe bicker constantly and inflict their anger on the two outsiders. They’re rich, they run a successful company, yet they’re miserable as hell. They’re the king and queen of their suburban castle, using Jack and Julia as their pawns. But like all good chess games, it’s the clever moves the peripheral pieces make that topple the balance of power.

The plot by young playwright Monde Mayephu crackles along with intelligence and humour as it explores the dynamics among the characters. It highlights intricate shifts in power and emotions in a funny, tense, clever script. The barbed words are emphasised under the impeccable direction of Mpho Molepo, ensuring each character has the looks, moves and uncertainties to make this intriguing play flow perfectly.

Julie and Jack have nothing except ambition and their wits, and seemingly team up to grab their moment. Yet the script is far more elaborate than that, and allegiances shift as each of the four swaps sides when it suits their purposes. The sex scenes are carried out in stylish dance routines that are far more effective than any get-your-kit-off full-frontal action. The choreography isn’t graphic, yet it gets the point across perfectly – the wife being rejected, her seduction of Jack, Joe’s rape of Julia and a genuine connection between Jack and Julia so well executed it drew spontaneous applause.

Play Me is enormously well-crafted, with magnetic performances by all four characters. It’s beautifully staged too, with a classy set designed by Nduka Mntambo capturing their rich surroundings. After Julia and Jack ultimately oust their bosses, they seem poised to become the same poisonous characters they have just defeated. You literally don’t know how it’s going to end until the very last sentence, and you’re on the edge of your seat waiting to find out. DM

“Play Me” runs at the Market Theatre until 1 May.