Bob Glenister’s message: ‘If the population doesn’t rise, it means nothing’ 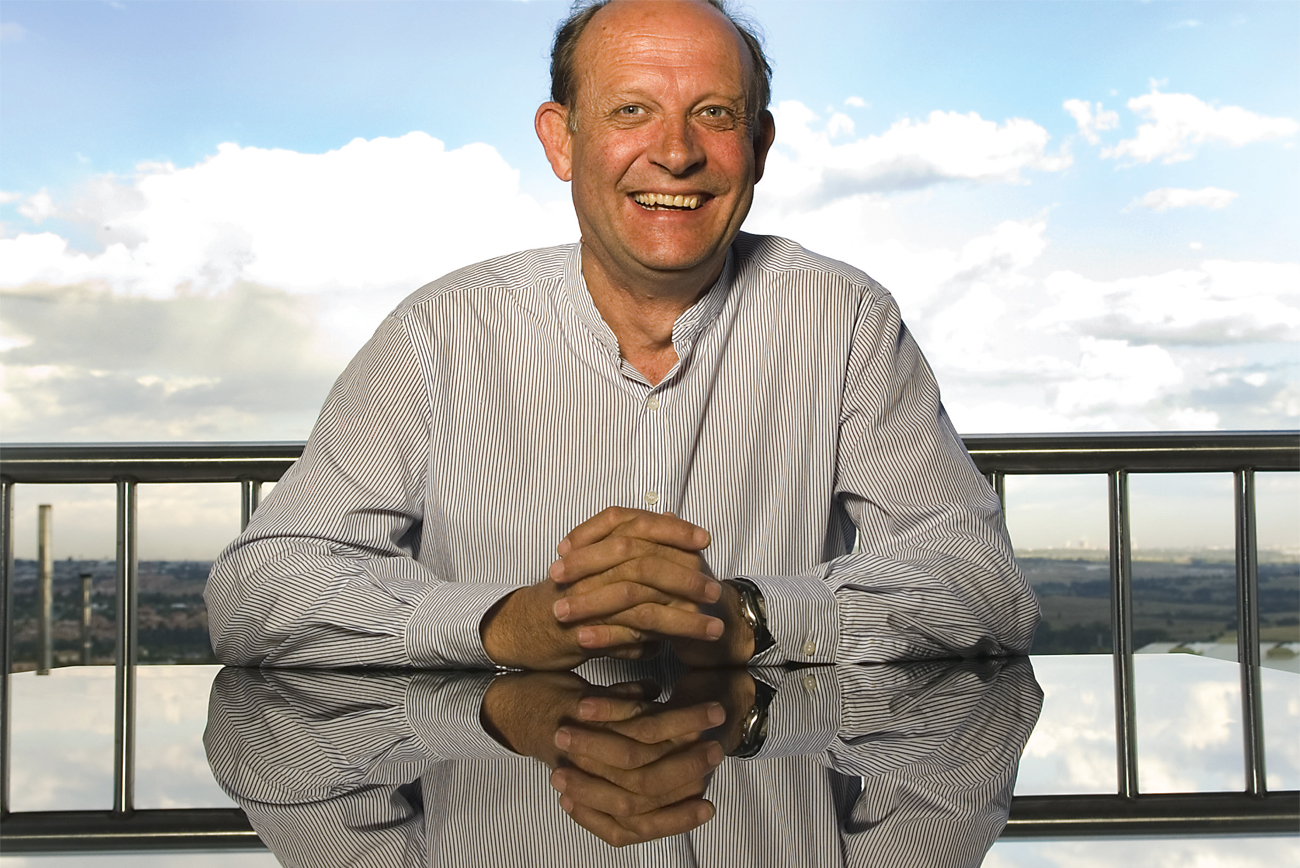 It began with a well-placed temper tantrum in January 2008 and ended with a victory in the Constitutional Court this month. Hugh “Bob” Glenister’s lone crusade to stop the disbandment of the Scorpions has caught the imagination of thousands of South Africans – here’s what makes the man tick, and what he thinks we’re all obliged to do as citizens. By KEVIN BLOOM.

Hugh “Bob” Glenister is no media junkie and has never been the kind of man to let the newspapers upset his equilibrium. Still, on 21 January 2008, as the idle hours of the morning were working themselves up into the full froth of the day, he could not stop himself from flinging stationery (and the odd chair) wildly around his office. The source of his ire was an item in the daily papers, a statement by the leader of the Democratic Alliance Helen Zille. The first paragraph of that statement read like this: “The government’s decision to disband the Scorpions, in line with the ANC’s resolution at Polokwane, is clearly an attempt to destroy the most effective corruption-busting force in the country. The only conclusion that can be drawn is that the government is getting rid of the Scorpions to protect prominent ANC members from corruption charges.”

The moment of unadulterated fury, it’s true, had been building up in Glenister for a number of years. As the managing director of a successful company that provides bespoke solutions to the creative industries, Glenister is also a man who likes to design and build the space in which he works – the maze of crooked corridors and switchbacks that define his Kyalami headquarters are a reflection of his mantra that “people must think”. Not surprising for a man of such sensibilities, the building regulations that he’d had to comply with to effect his architectural visions bothered him, as did a similar slew of regulations in the telecoms industry. So from around 2007, Glenister began reading deeply in theories that define the relationship between government and the economy.

From free-marketeer Milton Friedman to liberalist political philosopher Friedrich Hayek, from some guy called Karl Marx to leader of the Austrian School Ludwig von Mises, he studied widely and unswervingly. By the time Maverick magazine (The Daily Maverick’s predecessor) caught up with him in early 2008, Glenister had more than convinced himself that the South African government had been encroaching on sacrosanct turf. He had also, it seemed to us, become something of a libertarian.

But was he really? The question interested him, and a few days later we received an email that explained his position: “I am a libertarian not a Libertarian. This is to say I believe in the principles of freedom but not in the organised religion of Libertarianism. Much the same as I believe in the common principles that bind Christianity, Buddhism, Hinduism, Judaism, but not in the organised religion or secularism of some of the practitioners…[It’s] simple: for the individual to be free to do what they will with their life, a coercive force has to be created in society that prevents opportunists and bullies from preventing the individual from achieving their ultimate potential.”

That, then, is why Glenister smashed up his office in January 2008. It’s also why, in March 2008, totally certain that it was his moral duty to obstruct the proposed disbandment of the Scorpions, he served legal papers on (amongst others) President Thabo Mbeki, Minister of Justice Brigitte Mabandla and Minister of Safety and Security Charles Nqakula. To fund the case he set aside R1 million of his own money, but with a lawyer of the ilk of Kevin Louis and no less a senior counsel than David Unterhalter on his payroll, he knew he’d need more. So he established a trust for donations that would be forthcoming from any publicity, launched an SMS campaign and online petition (which would soon garner tens of thousands of signatures), and raised a further R500,000.

The fight was destined to be a long one. In mid-2008, Glenister lost a bid to have the two bills scrapping the Scorpions declared constitutionally invalid before they were made law; the Constitutional Court said at the time that it was premature to challenge the bills before they had been dealt with by parliament and the executive. A few months later, Glenister wrote to then-president Kgalema Motlanthe, urging him to submit the legislation for scrutiny by the Constitutional Court before he signed it into law; Motlanthe rejected the request, and signed the bills in January 2009. In June 2009, Glenister brought an urgent application to stop the transfer of the unit into the South African Police Service; a full bench of the Western Cape High Court knocked the application back.

On 17 March this year, handing down judgment on Glenister’s appeal of the decision of the Western Cape High Court, the Constitutional Court ruled that the legislation was invalid because it did not provide enough protection against political influence for the Hawks, the unit within the police that had ostensibly “replaced” the Scorpions. Stephen Grootes wrote for The Daily Maverick a day later that the decision would not affect the ANC, who would (legally) have their way in the long-run – but it was an incredible victory for a lone crusader nonetheless.

“It’s the beginning of a victory, I don’t reckon it’s the final victory,” Glenister told us from his office in Kyalami. “It’s still up to the South African public to push corruption back to where it belongs.” He explained that the feeling of winning was “overwhelming, debilitating, an immense wave of emotions very similar to when you see your first child being born.” Continuing with the child metaphor, he said he just “chilled” on the night that judgment was passed, because “the kid had finally gone to bed.” As to whether he believes the decision will amount to anything more than tokenism – that the ANC, as Grootes argues, will eventually get their way – he circled back to his opening point, the point that started all this in the first place: “South Africans have shrugged their shoulders over corruption for too long. It’s not enough. If the population doesn’t rise, then it is tokenism. Then it means nothing.”

Was Glenister speaking from the same office that he’d smashed up all those years ago? We didn’t ask, because if necessary he may just smash up the next one. DM

Photo of Bob Glenister by Sally Shorkend for Maverick magazine.