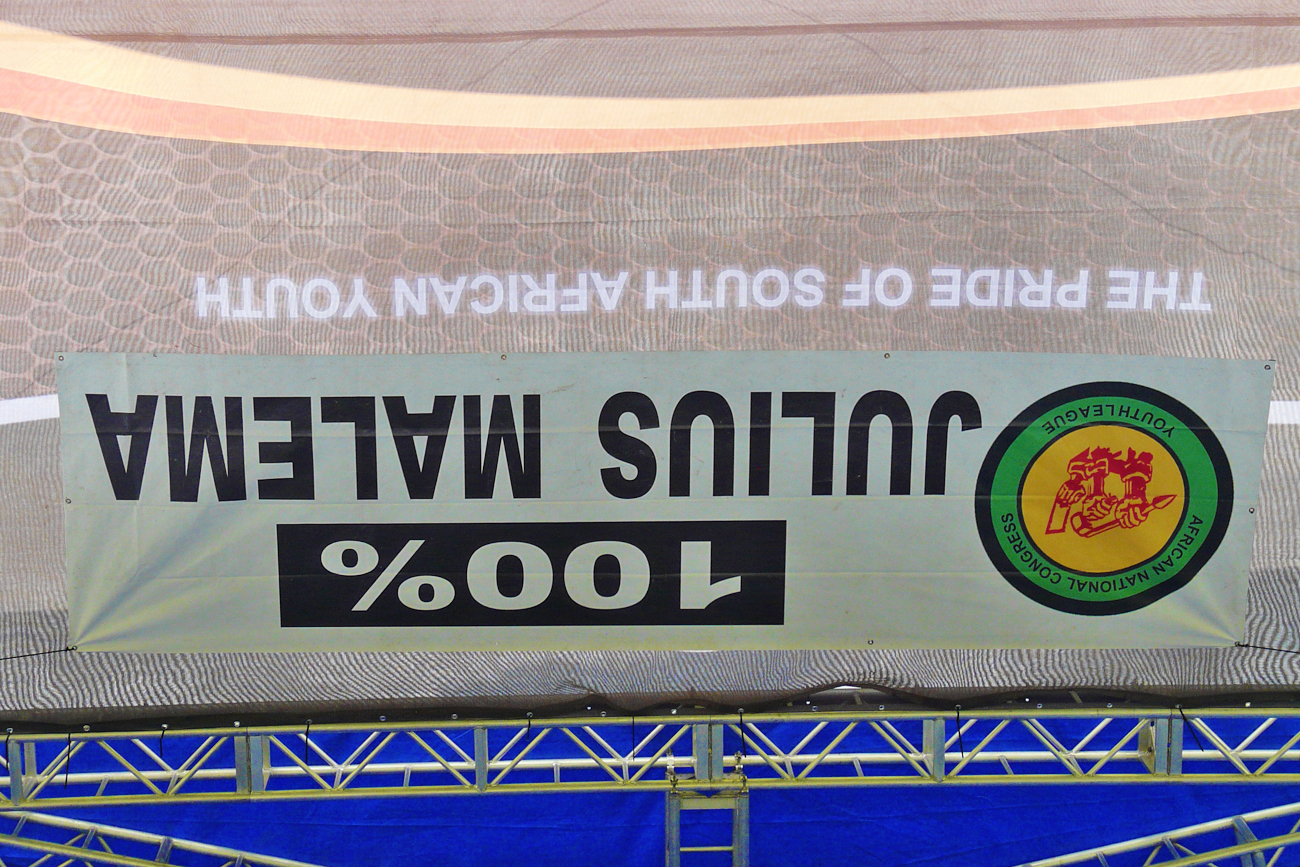 Following in his boss’s footsteps, Floyd Shivambu is in hot water over a disparaging SMS he sent to Independent Newspapers journalist, Carien du Plessis, as well as his relaxed approach to respecting court dates. While Julius Malema's anger starts to erupt again. They're baaack! By STEPHEN GROOTES.

Julius Malema is reported to have been at his favourite sport of taking potshots at President Jacob Zuma again. Wasn’t he supposed to stop doing that? Is he losing control? Or is our favourite lion cub up to something again? And why is that not the only reason the League is in the news at the moment?

But let’s start with fires of his own that Malema has to put out. His close buddy and spokesman Floyd Shivambu is having his own discussions with the Equality Court. This goes back some months, but in February he sent an SMS to Independent Newspapers’ political reporter Carien du Plessis. In the SMS he said:

“You must learn to respect people. I don’t comment on YCL issues, and please stop being stupid… I wouldn’t want to earn respect from white bitches… so dream on”.

Du Plessis had had enough of Shivambu, so she went to court. On Tuesday it emerged that Shivambu’s lawyers, and Shivambu himself, hadn’t even bothered to respond to the court’s earlier orders for a response. The magistrate, who by now probably has a fairly low opinion of all this, decided to order him to pay punitive costs, because he had ignored the court. He now has to provide an official response within the next two weeks.

(Full Disclosure: Shivambu refuses to speak to this reporter, having claimed I am a “white racist”. My answer is less legalistic, slightly shorter and physically impossible)

But this is also the kind of silly thing that starts small, but could end in a blaze of publicity if it’s not handled correctly. Shivambu could suddenly be the new poster boy for racism, at a time when that becomes a bigger issue than it already is. Basically, it’s a move unlikely to win him friends: He will struggle to explain his right to call du Plessis “a white bitch”.

Malema and the League as a whole have been fairly quiet recently. But for him time is running out. Not that he’s going anywhere, but in that he has to start serious manoeuvres to get what he wants at next year’s ANC conference. So he has to find ways to push his political agenda, his candidates, while not straying from the disciplinary leash. And all of this during an election. It’s not going to be boring.

The fact that Malema is an angry young man is well known. That is one of those facts that not even his own people could deny by now, as he has made his entire political success on channelling anger, mostly of his own. He’s angry at white imperialists, angry at white capital, angry even at Thabo Mbeki. But now it seems he’s angry also at President Jacob Zuma, again. The Star and other papers in the Independent stable reported that he questioned decisions made by Zuma. Predictably, the ANC Youth League has denied he made these statements, but The Star has a juicy quote, “Since he got into power Comrade Zuma has been surrounded by bad advisors. I’m dismayed and shocked at the way our country makes its decisions. How can they vote for the interests of the UN, and the United States of America, a country which clearly wants control over oil reserves.”

It’s quite a quote. One presumes they do actually have him chapter and verse on this issue. But let’s get to the nub of the politics here. Malema isn’t that angry about Libya, he doesn’t really care much about Muammar Gaddafi.  It’s about positioning yourself as the main beneficiary of frustration. The usual ANC/Malema game. By saying that it’s “imperialist forces” that are bombing an African nation, he’ll obviously benefit.

This has the potential to be a politically incendiary story. You may remember how he still has that pesky suspended sentence from his last skirmish with the ANC’s disciplinary committee. He was told then if he misbehaved again, he’d be suspended from the party, and he’s behaved himself so far (by his standards, admittedly). The problem here is going to be video or audio tape and a possible lack thereof. The League says it has a full unedited video of Malema’s speech. Of course, it’s difficult to prove a negative, but what they will do is move the playing field to the tape. Now the onus is on The Star to prove he said it, rather than on the League to prove he didn’t. It’s a toughie for the paper and we’re glad we’re not in their shoes.

But Malema can’t hide the fact he’s deeply frustrated with Zuma at the moment. It’s plain for all to see. And by saying it, Malema has basically set up his stall: He’s open to offers as to who’ll throw his weight behind at Mangaung. The most likely beneficiary of his possible largesse, is Kgalema Motlanthe, of course.

But, as we’ve said many times, what Malema really wants is to unseat Gwede Mantashe, to replace him with Fikile Mbalula. So it is entirely possible he’ll offer Zuma some kind of deal, no contest for the position of ANC leader in Mangaung (it’s the centennial, don’t forget), in return for the ANC bidding fond farewell to Gwede. But Zuma would be playing with fire, and he knows it. The party’s young lions will not stop until they control everything. Extraordinary gentlemen that they are. DM