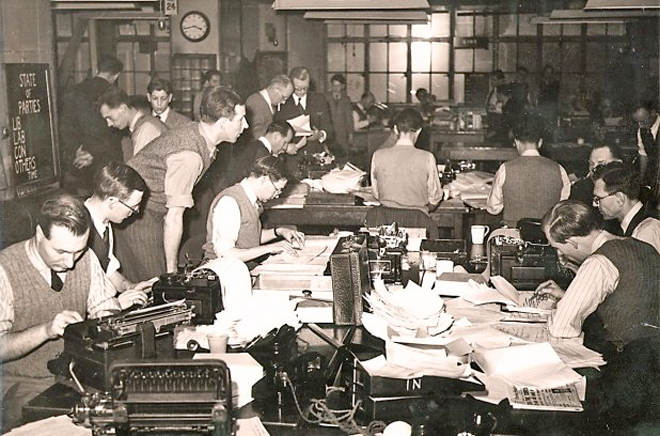 Capitau and RMB Ventures put their cards on the table, and said the Avusa takeover bid is all about expansion, retaining staff, supporting management and enabling Mvelaphanda to reinvest in the media company. Equity research house Avior warns Avusa won’t come without challenge because most of its brands sit in legacy business sectors. By MANDY DE WAAL

As leveraged financial specialists Capitau clarified its bid for Avusa, it put paid to earlier media speculation of an aggressive takeover and asset strip for the owners of Sunday Times, Sowetan, and 50% owners in Business Day and Financial Mail. Avusa was forced to go on record about the bid after The New Age broke news of the bid, and mischievously stated that the media company could be due for a “vicious asset strip”.

David Field, co-founder and CEO of Capitau, who together with RMB Ventures are making the bid, said his intention for the media business was expansion with the possibility of growth by acquisition. “We don’t intend to break up the business. The fact is we don’t intend to retrench people. I don’t want people waking up in the morning wondering if they have a job. Life’s too short. I believe people are more important than organisations,” said Field.

Field said he was reluctant to be drawn about future plans for the group because the deal was still young, had a long way to go and felt declarative talk about Avusa was premature and foolish.

Capitau is relatively unknown in the South African market and has better visibility offshore, but has done a number of public-to-private deals which could signal a delisting for Avusa. What is certain is that Mvelaphanda is not part of the bid as previously speculated in the media, but the Avusa shareholder supported the deal and signalled it elected to reinvest in Avusa.

“There is a reinvestment option in the transaction, so there are reinvesting shareholders. We think that is attractive, because we are not going to investors with a cash offer or exit. We are saying you can either take cash or you can reinvest or stay with us if you believe in what we are doing. We’ve stated there (in the SENS announcement) that Mvela has elected to stay with us. They have elected to reinvest,” said Field.

The Capitau team, formerly with Brait, have previous experience in the media sector, and Business Report reports the specialist finance house is best known for the junk bond funding of the Primedia private equity deal in the midst of the collapse of the private equity boom. The Primedia deal took six months to conclude and saw the owners of 702, Cape Talk, Ster Kinekor and a number of advertising, marketing and promotional brands delisting from the JSE in the latter part of 2007.

Business Report said Mvelaphanda could emerge as the controlling investor in a R4 billion leveraged buyout to realise a long-term dream of owning control of Avusa’s press portfolio. There was a fair amount of attrition between Avusa and Mvelaphanda off the back of last year’s Universal Hirt & Carter deal with Mvela trying to block the buyout. Mvela’s intransigence was eventually unseated by Coronation Fund Managers, who enabled the deal to go ahead.

Quoting Cadiz’s Rob Nagel, market watchers and an anonymous source, the story stated that Avusa’s shares were underrated, the UHC deal was a sweetener and the media company was geared for recovery.

Kevin Mattison, an analyst and director at independent equity research firm Avior, said the UHC acquisition meant that a lot of capital spending was yet to come through for Avusa. “They have bought UHC which comes with debt and requires them to use some of that cash up front, and they are talking about investing in printing presses that will be another few hundred million rand.”

Mattison said Avusa boasted good media brands, but that the business faced significant technology challenges in the medium-term. “Avusa has some very good titles, but in the next five years the technology challenges are going to be significant. We think there is quite a lot of room for profitability improvements in the short-term when the advertising cycle starts to turn, but we don’t think advertising spend for newspapers won’t be as strong as in previous cycles.

“If you look at the challenges of Avusa’s product portfolio, they are to a large extent technology related. They have newspapers with which digital media are competing for market share, they have a book business in Exclusive Books and it won’t be long before iPad and Kindle will be challenging that.” Avusa also owns brands in the map publishing business which is being challenged by mobile phones and GPS devices. “They have a cinema business which is, of course, challenged by home movies, so it is a fairly long list.”

Mattison said Avusa owned a lot of legacy businesses, but used to have investments in good assets in the days when it was known as Johnnic Communications. “It used to be the old Johncom business and metamorphosed into Avusa. In the old days they used to hold shares in MTN and in MNet which they turned into shares for Naspers. So they’ve always been disposing of assets rather than acquiring them.”

With news of the bid still ringing fresh in the market’s ears, Avusa’s own TimesLIVE lost no time in reporting the deal was “under-valued”. “The Capitau consortium yesterday made an indicative offer of R26 a share for media and entertainment group Avusa, but this proposed offer is below what market watchers believe Avusa is worth,” TimesLIVE said.

Whatever the final outcome is, one thing is clear: Owning media in South Africa still holds a significant cache and promise of power. The Avusa bid slots neatly in line with the recent arrival of The New Age and news of government launching its own newspaper. Soon, the media scene could look very different indeed.

UPDATE: Capitau had no sooner clarified its deal intentions for Avusa when specialist financial services group, Cadiz Asset Management, threw its hat in the ring, demanding that Capitau up its bid for the media house by 15%. Bloomberg Businessweek quotes Cadiz portfolio manager Rob Nagel ,who says: “The offer is close to the low side of fair value. It represents fair value, but not a buyout premium.” Nagel says anything close to R30 or above would get Cadiz’s vote. Nagel says that Avusa being tight-lipped may indicate an unwillingness to co-operate with Capitau and RMB Ventures, who form the bid consortium. The news from Capitau is that this bid may go hostile. DM

Photo: A file photo from the Reuters archive shows journalists in the Reuters Newsroom at 85 Fleet Street, London, during the British General Election of 1950. REUTERS