The wonderful life and tunes of Judy 'Page By Page'

The wonderful life and tunes of Judy ‘Page By Page’ 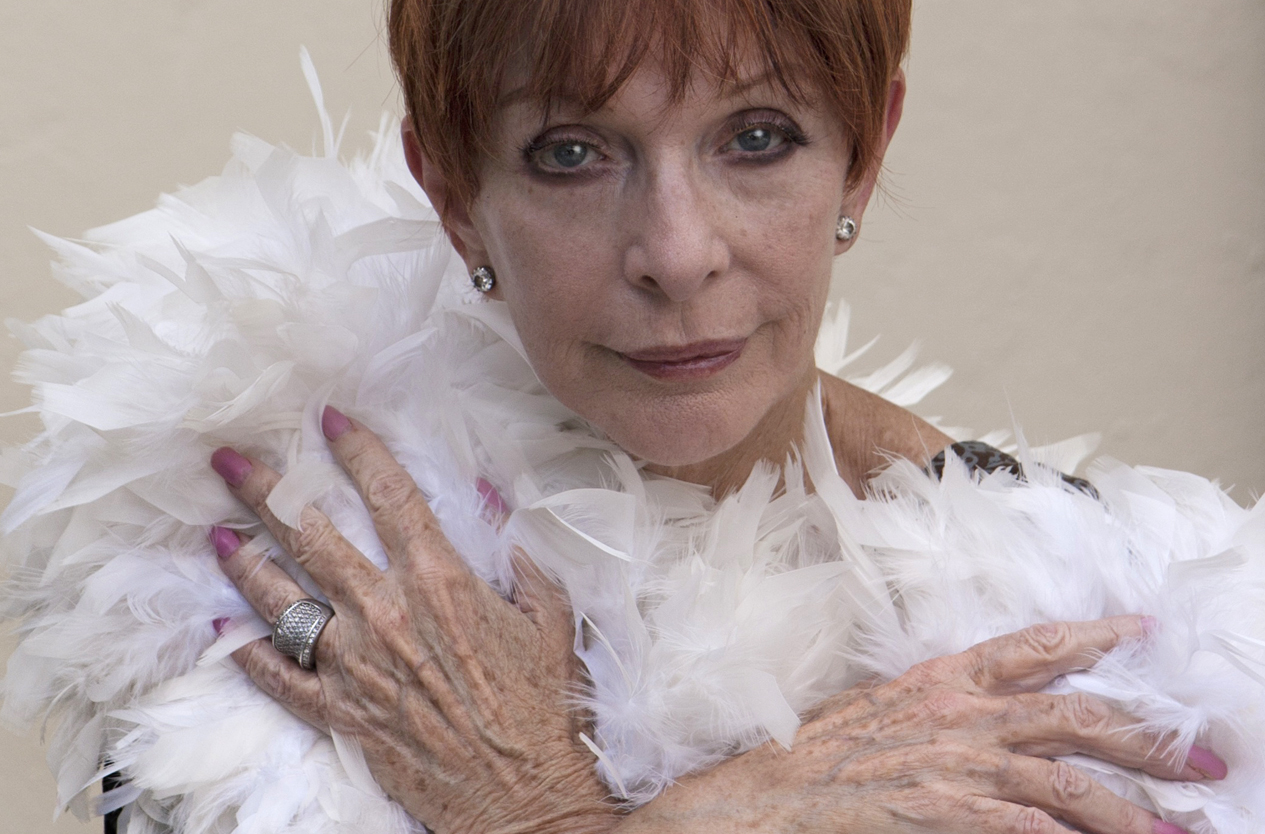 “I used to be young and beautiful. Now I’m happy just to still be here,” singer Judy Page tells us, her pixie face glowing with a wide-eyed innocence that convinces you she must be a good actress because this lady has surely seen it all. And done it all too, no doubt, during a 50-year stage career. By LESLEY STONES.

Singer, actress and former TV presenter, Page is on stage again – well, she’s never been off it really – in a one-woman show that tells the story of her life, “Page By Page”.

It’s been a busy life professionally, with a catalogue of credits to her name that make her a familiar face to people who’ve been anywhere near a theatre in the last five decades. “Page By Page” is described as a musical tapestry of her life with a light-hearted narrative stringing together the songs she’s picked as highlights from her performances.

She’s such a waif that she’d look fragile and vulnerable if it wasn’t for the twinkle in her eye and naughty smile playing around her mouth. Yet she dominates the stage in a professional no-nonsense manner and sings with such power and feeling that she barely needs the microphone.

Pianist Clinton Zerf is her only accompaniment and he sits there in between his musical duties doting on her like a devoted puppy. The audience is eating out of her hand too, murmuring with approval when she mentions a favourite show, reminiscing about the defunct Club 58 in Hillbrow, or sharing anecdotes about the directors, leading men and husbands she’s known.

She gives us Piaf and Brel, “Summertime” and “Gone Too Soon”, moving through the years and decades in a largely chronological order that’s only disrupted when she remembers something she forgot to tell us earlier.  Many of the songs are truncated so she can squeeze in a little more narrative, and by the second half the stories are beginning to feel a little too long. There’s just so much to pack in when you’re trying to distil half a century into a couple of hours.

The name checks will be lost on anyone who’s not a theatrical aficionado, but the voice, the variety of music and the sheer presence emanating from this short but still sharp lady are engrossing. The stage simply features a piano and stool, and the lighting enhances without ever stealing the show. It’s a gentle evening of story-telling and soft cabaret rather than the stirring stuff she belted out in the old days, but it’s far from unengaging.

Page is refusing to retire, having tried walks on the beach and afternoon teas in Plettenberg Bay and reaffirming that she’d rather be pulling on the gowns and tuning up the vocal chords. For Page, perhaps this is her final time to shine, and to really be in the limelight instead of making cameo appearances, and the old trouper makes the most of it. It feels like a finale; like the final act before age eventually diminishes her aura and she’s making sure we all sit up and pay attention. DM

“Page By Page” runs at Sandton’s Old Mutual Theatre on the Square until 9 April.