Cape Town, the jol and all that jazz

Cape Town, the jol and all that jazz 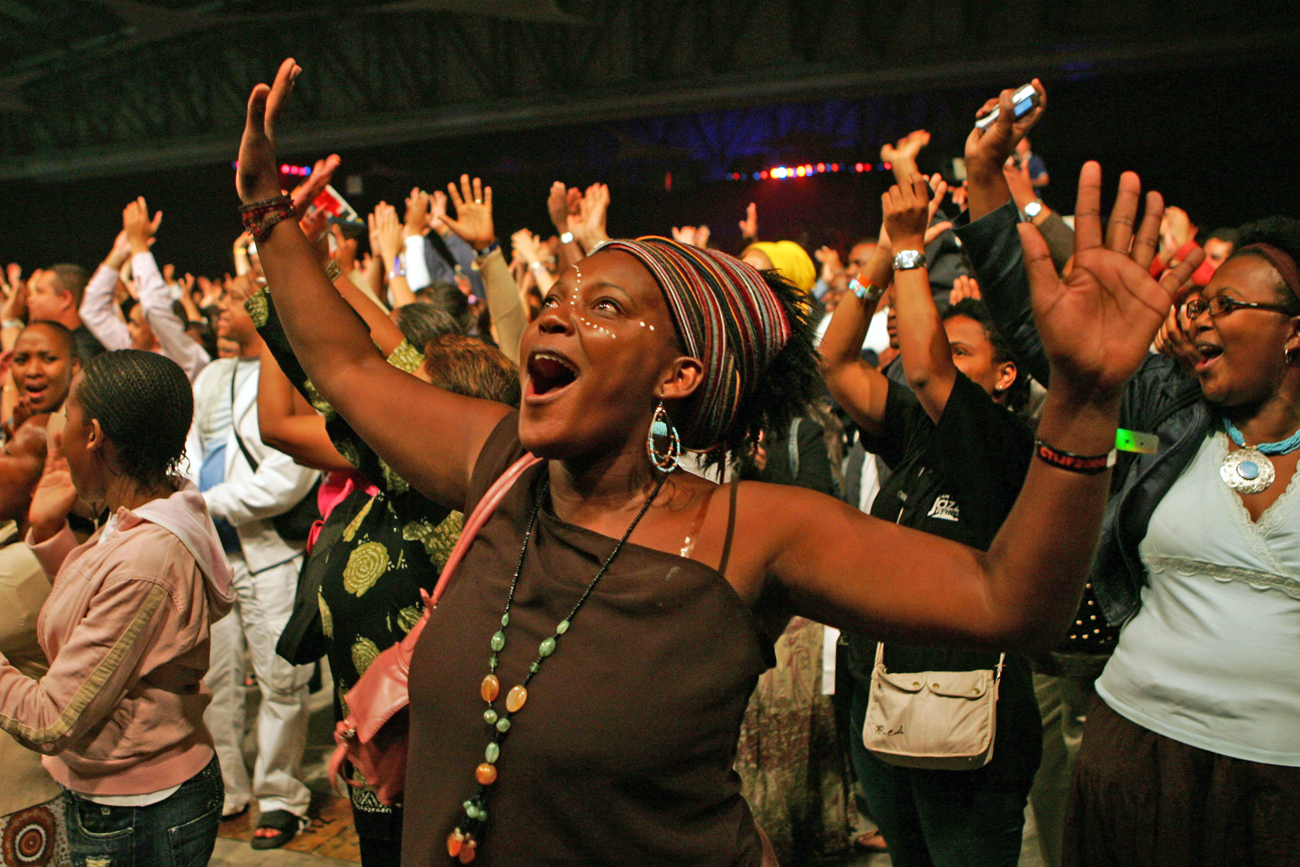 The 12th Cape Town International Jazz Festival will open its doors, plug in its amps and light up its five stages on Friday night and lay down dem cool vibes until the early hours of Sunday. Carrying the status of one of the most prestigious events on the African continent, it’s bridge-building, funky, profit-making and jazz, jazz, jazz that still shines a torch on the social divisions in the Mother City. By EMILY GAMBADE.

President Jacob Zuma mentioned the event in his State of the Nation speech, pointing out it “contributed more than R475 million to the economy of Cape Town and created 2,000 jobs in 2010”. The sold-out two-day celebration of jazz at Cape Town’s International Convention Centre will have ticket holders swingin’ their hips and singing loud for long hours, dancing their way from one stage to another, to experience musicians like the Weather Report’s legendary Wayne Shorter, Earth Wind and Fire, Youssou n’ Dour, recently Grammy winner Esperanza Spalding, Christian Scott, Hanjin, Hugh Masekela, Feya Faku and many others.

A great selection has been meticulously shaped by jazz aficionado and fearsomely inspired photojournalist Rashid Lombard and his team at Espafrika.  The diversity of artists performing, quality of programming, general setup of the venue equals similar international festivals and brings a local flavour that makes the experience memorable year after year.

Previous festival goers say the R499 weekend-pass is worth it. The “sold-out” signs may be because of heavy corporate bookings, but it may also be because the festival is a real showpiece of jazz talent. Concept bands have formed especially for the event, joining sparkling legends, rising stars, local and international musicians, in a cosmopolitan programming could see fans diving to get through the doors.

Crowds who will be swinging their hips and singing aloud come mainly from out of Cape Town and overseas, but Cape Town will make its presence loud and clear.

It’s sad, but true, that too many fans live too far or are too poor to join in the festivities. The ones who say: “I can’t afford it.” The ones who wouldn’t dare taking public transport after midnight. The ones who long to be part of it all. However hard the Cape Town International Jazz Festival tries, events are not accessible to everybody. The Free Concert on Wednesday is a lovely attempt to open the festival to all. But many still feel it’s essential, even logical, to stage fringe concerts around Cape Town, especially on the Cape Flats.

Lincolm Maart, a waiter at the Mount Nelson Hotel, has been saving since last December for his tickets. He explains, eyes sparkling with the distinctive light of expectation and delight, “I’m ready to go, set and pumped up because it’s such a big festival. And every year it’s growing bigger and bigger. People from all over the world are coming, from all over South Africa – it is massive.” Meanwhile, his hands peacefully folded behind his back, an innocent smile on the lips, he has the face of someone who knows a lot and is eager to share his story. The beautiful tale of a man who dared to cross the bridge.

Born and bred in Mitchell’s Plain, Maart grew up listening to Radio P4, now Heart 104.9 radio, playing his parents’ CDs over and over. “It kind of calms you. You know, coming from the Cape Flats, there are a lot of violent… activities going on. And if you want to subtract yourself from that, you want to go into something that calms you and takes your mind off these things that go on around you. You want to keep yourself busy with positivity and jazz music is wonderful to get yourself just there.”

A ballroom dancer in his spare time, Maart has always been inspired by jazz, looking up to the talented musicians who had their roots in the Cape Flats and made it on the international scene. “Every time I go, it’s electrifying. When I was little, I used to listen to those people playing, but now, when I go the festival, it’s an unbelievable feeling; you can see them perform and you know what, when they go out there, they give it their all, the way they play the guitar, the vocalists, it really is amazing. It brings back so many memories.”

When asked if the festival was too expensive, he shook his head slightly, “Sometimes you really need to go the extra mile, you know, because you can’t always blame it on the money. It’s not always the money. If you really want something badly.”
What about location? “I think it’s a bit too far because where I come from and (although) I think (the festival organisers) are doing their best, they could bring the festival closer to the people. Cape Town CBD is not necessarily the ‘heart’ of Cape Town. It does look beautiful, but the real heart is where all the people are. In ‘their’ middle.”

The fiery debate around who the festival targets, how to embrace the larger Cape Town, how exclusive or elitist it remains will continue to burn. Sighs and shoulders shrug because trying to please everybody is such a difficult and thankless task. Maybe that’s always been the nature of the music, the nature of the jazz.