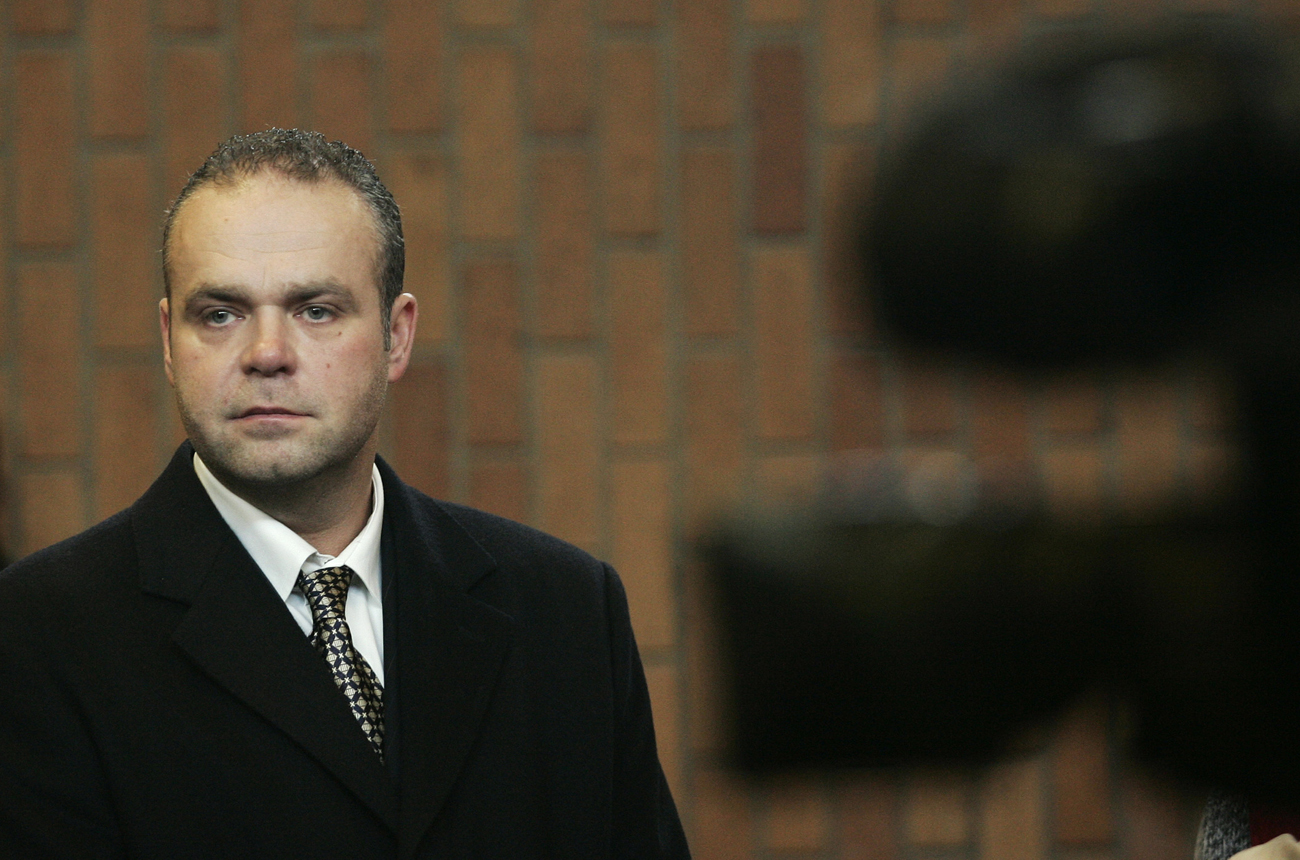 Over the last few days politicians have been pushed off our front pages by “mobsters”. The murder of former MK operative Cyril Beeka on Monday night, followed by a raid on the Bedfordview home of a man wanted in the Czech Republic, Radovan Krejcir, has thrown up a real can of worms, but it has also made a solution to a problem politically necessary. By STEPHEN GROOTES.

When dealing with the heavy drama of politics, sometimes one yearns for the smash-bang-wallop of a little action. Well, that we have in spades these days. It seems something is shifting in the underworld, some kind of tectonic movement. But it’s impossible to know for sure.

Talking to people labelled “businessmen” who arrive with security and pay for everything in cash makes it a little difficult to know what’s really going on. Add their agendas and vendettas to that, and you believe anyone at your own peril. We thought we should mention this because it’s one area where, thankfully, we are not omniscient. So everything we know we got from the police, from people who may have an axe to grind and from people who’ve gone before us, like the Mail and Guardian’s Sam Sole who wrote up an excellent piece on this last year.

But let’s start at the very beginning of this week. On Monday Cyril Beeka was killed, shot dead, outside Cape Town. Immediately speculation mounted that this was a hit. Then on Tuesday the Hawks raided Radovan Krejcir’s Bedfordview home. He is wanted for fraud by the Hawks and the Czech government, but by then they realised a hitlist existed. Krejcir, conveniently, wasn’t at home, but the hitlist was. At the top of the list was Beeka. Three other people joined him, they are a doctor Marian Topy, a prosecutor Reigel du Plessis, and Paul O’Sullivan. The guy who testified against former national police commissioner Jackie Selebi. O’Sullivan believes Krecjir is linked to at least five murders since 2009.

But now we need to go back a bit. It’s understood that a couple of weeks ago Krejcir tried to get Topy to provide a medical certificate showing he had terminal cancer. Some reports suggest it was an insurance fraud, others that this certificate would stop the South African government from chucking him out of the country into the tender hands of the Czech Republic, who would dearly like to see him back home and provide him with three square meals and a bed for life. Either way, Topy has dirt on Krecjir, and is a threat to him.

Du Plessis is a threat for another reason. The Mail and Guardian says Krejcir has been trying to bring his money from offshore into South Africa for some time. One way he was going to do that was by getting German national Uwe Gemballa to bring in high performance cars, with the cash stuffed inside. This worked for a while, but eventually a wonderful Porsche arrived without the money. Gemballa arrived at OR Tambo in February 2010, and was then abducted and within two days was dead. One of the other people allegedly involved in this business was Beeka. The prosecutor, Du Plessis, was the person in charge of investigating the Gemballa case.

Good, because we’re now at the bit about strippers.

You may remember Lolly Jackson, the owner of the Teazer’s stripclubs who was gunned down last year. O’Sullivan reckons Jackson is another victim of Krejcir’s need to get money into the country. It seems there was some complicated deal that involved cash here and cash offshore that went wrong. Eventually, Jackson was killed because he owed Krejcir money. Some other reports claim there was really a fight about a stripper, but that seems too good to be true.

Pulling all of these strings together, it seems Krejcir was getting rid of people who could testify against him. Those who had some dirt on him are in danger.

Someone who really fears for his life, and he is not on Krejcir’s list, is Juan Meyer. He told Eyewitness News that he crossed Krejcir in a business deal some time ago. He owns a gold refinery, the perfect asset for someone who wants to move money across borders. When things went sour, Meyer says Krejcir tried to run him out of business. He’s been “shot at five times and arrested six”, he says. He says he saw Beeka last week, and was in a very frightened state. Meyer also claims Krejcir started planning these hits last Wednesday, and that in fact there could be more people in danger.

All of this sounds like a movie. So we left the best for last. The Hawks is the one source whose word we can probably take fairly categorically. They’re at least official, and, presumably, are on the side of the good and the just. Their spokesperson Macintosh Polela says they believe three Serbian hitmen arrived in South Africa last week to take care of the hitlist. So this isn’t a movie, it’s really happening.

Krejcir is now on the run, and no one seems to know where he is. Well, apart from his lawyers, who, according to The Times, offered a “deal” to national police commissioner Bheki Cele and Gauteng police commissioner Mzwandile Petros. Our police are not the only ones looking for him. His lawyers are working overtime, and one would presume Krejcir may well try to skip the country, something he was fighting against so desperately for so long. The SA Revenue Service has started attaching all his assets they can lay their hands on. It looks like Krejcir has finally come to understand that his welcome has expired. If he does go, many here will breathe a sigh of relief. DM

Photo: Fugitive Czech businessman Radovan Krejcir looks on at the Kemptonpark court July 6, 2007. A South African court released Krejcir on bail, turning down state arguments that he was a flight risk. Krejcir, 38, was arrested in April at Johannesburg’s O.R. Tambo International Airport on an Interpol “red notice”, which allows for an arrest and possible extradition. As well as fraud and murder charges, Krejcir was wanted for illegal arms possession and tax evasion, according to Czech police. REUTERS/Siphiwe Sibeko.