How the ConsCourt stung the ANC - and how the ANC will... 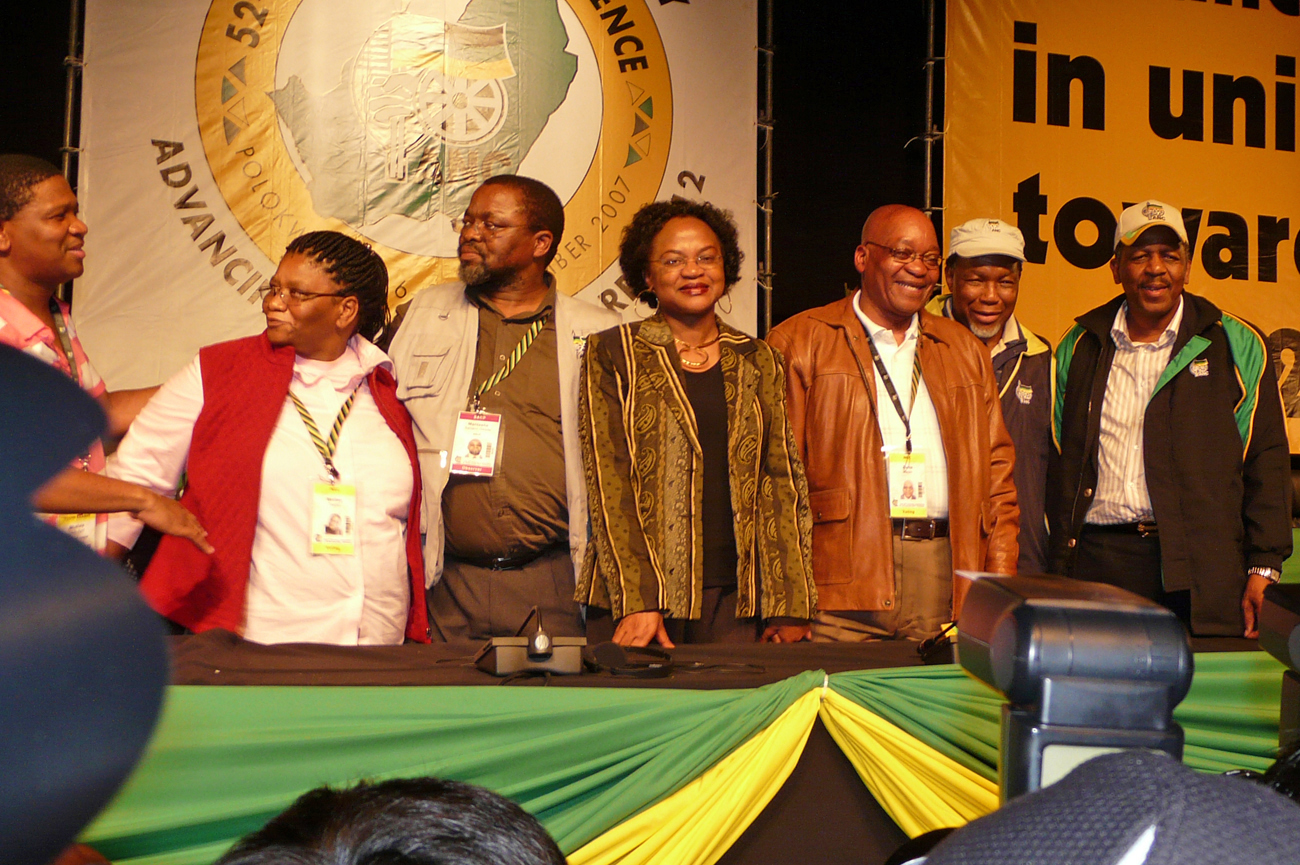 KA-POW!!! Was the first thought that went through many minds in the Constitutional Court on Thursday. Wow, you don’t see that every day, the ANC government being told to take its decision and lump it. But make no mistake, they will have things their way, eventually. By STEPHEN GROOTES.

But for now, that’s what happens when five Constitutional Court judges decide an ANC law is unconstitutional: you go back with your tail between your legs. Particularly since this was an issue only because the ANC had made it so.

It’s amazing how often really important cases can hinge on what one person thinks. This is what happened in the Constitutional Court on Thursday. In a five-four judgment, the court ordered Parliament to rethink the decision that the Hawks (a.k.a. Directorate of Priority Crime Investigations) should replace the Scorpions. It said the legislation that created the Hawks simply doesn’t give them enough independence, and that international treaties signed by South Africa actually place an obligation on government to have a fully independent corruption-fighting entity. Parliament now has 18 months to make the Hawks fully independent. There must have been much tut-tutting in Luthuli House.

But first the back-story. The decision by the ANC’s Polokwane conference to can the Scorpions was the second biggest news story to come out of that gathering. From Polokwane, the measure went to Parliament, where public hearings were held, before MPs adopted the legislative amendments. Before the law actually went through the National Assembly, businessman Hugh “Bob” Glenister decided up with this he shall not put, and went to court. The Cape high court ruled it didn’t have jurisdiction. He then went to Constitution Hill. This was all back in 2008 and 2009.

There he lost, because judges (in a case now known as Glenister I) said this was not an urgent case, as no irreparable harm would occur if he didn’t try to strike down the legislation after it was passed. Lawyers, tsk. So after the Bill became law, he tried again. It went through the usual hoops before the Constitutional Court reheard the case. It was, of course, a slightly different Court, as several judges had left and others appointed in the meantime. But Glenister is a determined oke. He gives his position as “citizen” and on Thursday, declared himself “ecstatic” with the ruling. It’s been a four-year battle for him, and we hope he had a wee dram on Thursday evening.

Now to the mechanics of the actual judgment. This was close. Damn close. There’s a conspiracy theorist’s delight in the fact that Chief Justice Sandile Ncobo wrote the minority judgment that thinks the Hawks are fine, and that Deputy Chief Justice Dikgang Moseneke and Judge Edwin Cameron wrote the majority decision. We are not going to join the conspiracy theorists on this one. Yes, President Jacob Zuma appointed Ncobo as Chief Justice, and yes, he passed over Moseneke who was appointed by Mbeki. But, if you read the judgments, and look at who sided with whom, it’s simply a case that’s been decided on the law (as have all others until now, come to think of it).

Much is made in the majority judgment about international obligations. This is because, in the view of Moseneke and company, “The impugned legislation provides in circuitous words that when applying its terms, the need to ensure that the Directorate has the necessary independence to perform its function should be recognised and taken into account. The necessary independence is not defined. In order to understand the content of the constitutionally imposed requirement of independence we have to resort to international agreements that bind the Republic.”

So the majority of judges went looking to the international treaties we’ve signed to see what definitions of independence were there, and thus used those to come with their own legal definition. Oops. It looks like those silly state legal advisors cocked up again. Really, is there nothing these people can do right?

The other slightly surprising aspect of the judgment is the extent to which it went into employment law. It may not make much sense at first, but they state that the job security of a Hawks member is far less than that of a Scorpions members. This means that people can be fired for undertaking the “wrong” investigations. They point out that even the national police commissioner can be fired by the president (or not, as has happened more often in our recent history), while the head of the NPA, and thus the head of the Scorpions cannot (but, as Vusi Pikoli will tell you, he can be suspended).

But perhaps government’s main problem here is the fact that a cabinet committee will draw up guidelines for the types of crimes the Hawks will investigate. “The guidelines could, thus, specify categories of offences that it is not appropriate for the DPCI to investigate – or, conceivably, categories of political office-bearers whom the DPCI is prohibited from investigating”. This is difficult to get around.

The minority judgment, which is impeccably worded and easy to read, disagrees on many of these main points. Its main objection is to the idea that international obligations can force a specific way of fighting crime on Parliament. It’s not an unreasonable point. It also points out that safeguards were built into the legislation around the Hawks, that would see ministers and Parliament being able to call it to account.

Now the action moves rather quickly along to the ANC. What will it do? Unfortunately for ANC’s election head Ngoako Ramatlhodi, he had already arranged a press conference about the candidate list process for Thursday lunchtime and couldn’t quite get out of it. He’s an important figure in this. He may just be deputy correctional services minister in government, but he’s an important figure in the ANC, on the national executive committee and seen as quite close to the president. In a way, he’s one of those guys really close to the political action when it comes to the ANC’s view on legal issues, so his comments on something like this matter.

But he took it on the chin, with a comment that, “We haven’t read the judgment yet, but we will peruse it, with a view to complying with it…we always comply with court judgments”. To the ANC’s eternal credit it always has, and there’s no reason to think it won’t do so this time.

Because it has a quick, sure-fire, tried and tested way of getting around it.

Duh! Of course. The NPA is constitutionally independent, isn’t it! The problem was with that independently minded guy – what was his name? – ah yes, Vusi. That was the issue. How dare he chase after JZ. Well, we fixed that, didn’t we? And hell, we’ll do it here. We’ve fixed the NPA, so we can fix the Hawks. Just stick them under the NPA for a while. That’ll keep those high and mighties in Braamfontein happy. If we can put Siyabonga back at Transnet and the only person who cares is Business Day, well then sod ‘em.

This, dear reader, is quite frankly what’s going to happen. Once again the ANC (we hope you’re reading this, Gwede) will get around the safeguards in our Constitution through its deployment committee. Legally. But certainly not morally. DM