B-traq: the band land on Earth to lay down the funk 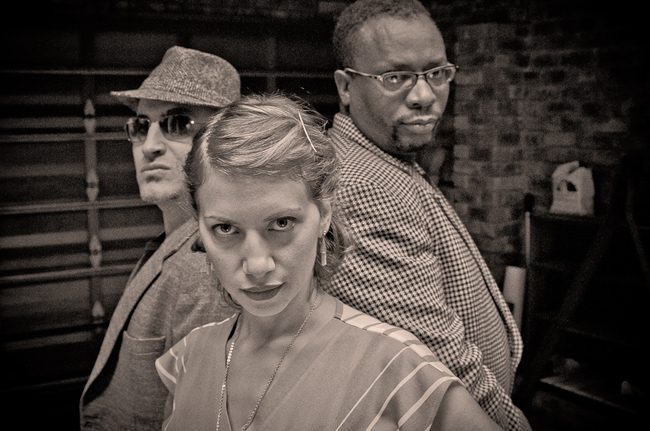 “What I can say,” the man called Fazza tells his interviewer, “is that we arrived on this planet in a situation involving eggs, and Bloemfontein.” This non sequitur, delivered with a not-so-straight face, sums up the ethos of a fresh new band that has just, um, landed on the South African scene. They’re called B-traq, they’re good eggs and they’re funky. By RICHARD POPLAK

A little bit of mythology goes a long way. It worked for Die Antwoord, who borrowed (or stole, or appropriated, depending on your undergrad degree) from Cape Flats coloureds to build a band. B-traq, a new funk-core outfit from, well, I’m going to say Johannesburg just to keep things simple, have taken a far gentler tack. They’ve lovingly knicked a few alien funk motifs from what Jonah Wiener in Slate described as the “Afronaut invasion”. The propulsive factor behind funkadelic acts like Sun Ra, Parliament and Herbie Hancock (and their connected notions of being of and from space) derives from the fact that those bands saw black Americans as aliens who years ago arrived on ships, never to join the mainstream.

Those ideas have formed a lasting subculture, and the Afronauts have made some compellingly awesome music. Clearly, B-traq would agree. They’ve not just borrowed the Afronaut narrative—according to their press material, the trio were sent to Earth aboard three errant eggs, only to land on Naval Hill, Bloemfontein—but also the slapped bass and herky-jerk funk that made the seventies the seventies, the eighties the eighties and helped invent hip hop.

B-traq is led by the short-ish, bald-ish Fazza on vocals and guitar. He’s a showman, Fazza is, properly of the George Clinton tradition. Backing him excellently on vocals and flute is the elfin Naami. Last I saw her on stage, she was enormously pregnant with what one presumes will be a human child. She’s the Id to Fazza’s Ego, and her smooth voice helps ground the rampaging bass driven by Makati. The outfit is rounded out by Sandile Dhlamani on guitar and Riaan van Rensberg on drums. They’re tight, accomplished musicians all. The thing about funk bands is that they’re live acts firstly, and recording acts by dint of necessity. This is true of B-traq. On stage they’re an absolute blast. Thankfully, this doesn’t mean that the record they dropped last Tuesday, entitled “Out a Time,” is not a worthy one. Indeed, it goes a long way in capturing that elusive funk-in-a-bottle that only the genre’s greats have managed.

“That Funky Beat Track” is perhaps the purest example of their aesthetic. It’s playful, arse-wiggily musical and brings both Prince and George Clinton to mind. Opener “Earli in the Morning” betrays another of B-traq’s obsessions, a subtle Middle Eastern groove that helps freshen up the funk and shake off the derivative. On “Yemenite Cruiser”, which features whining horns reminiscent of Miles Davis’s “Sketches of Spain”, Naami’s flute weaves in and out, carrying the whiff of a Jaffa sea breeze. That track, with its jaunty eighties synths and Gary Numan-style chorus, reveals B-traq for what they are—a ravenous, multi-tasking, music-hound of a band that borrows from everywhere and manages to make it their own.

This is harder than it seems, especially when you’re fiddling with the Afronaut tradition, which is simultaneously wacked out and poignant, all backed up by some incredible musicianship. But B-traq pull it off in part because their homage is so clearly motivated by love, and in part because they’re so good natured and so clearly having a good time.

With Nasa’s Space Shuttle programme soon to be decommissioned, B-traq are the next most efficient way to take a jol moon-wards. Just make sure you’re sized up for a disco-themed space suit when you take the trip. DM