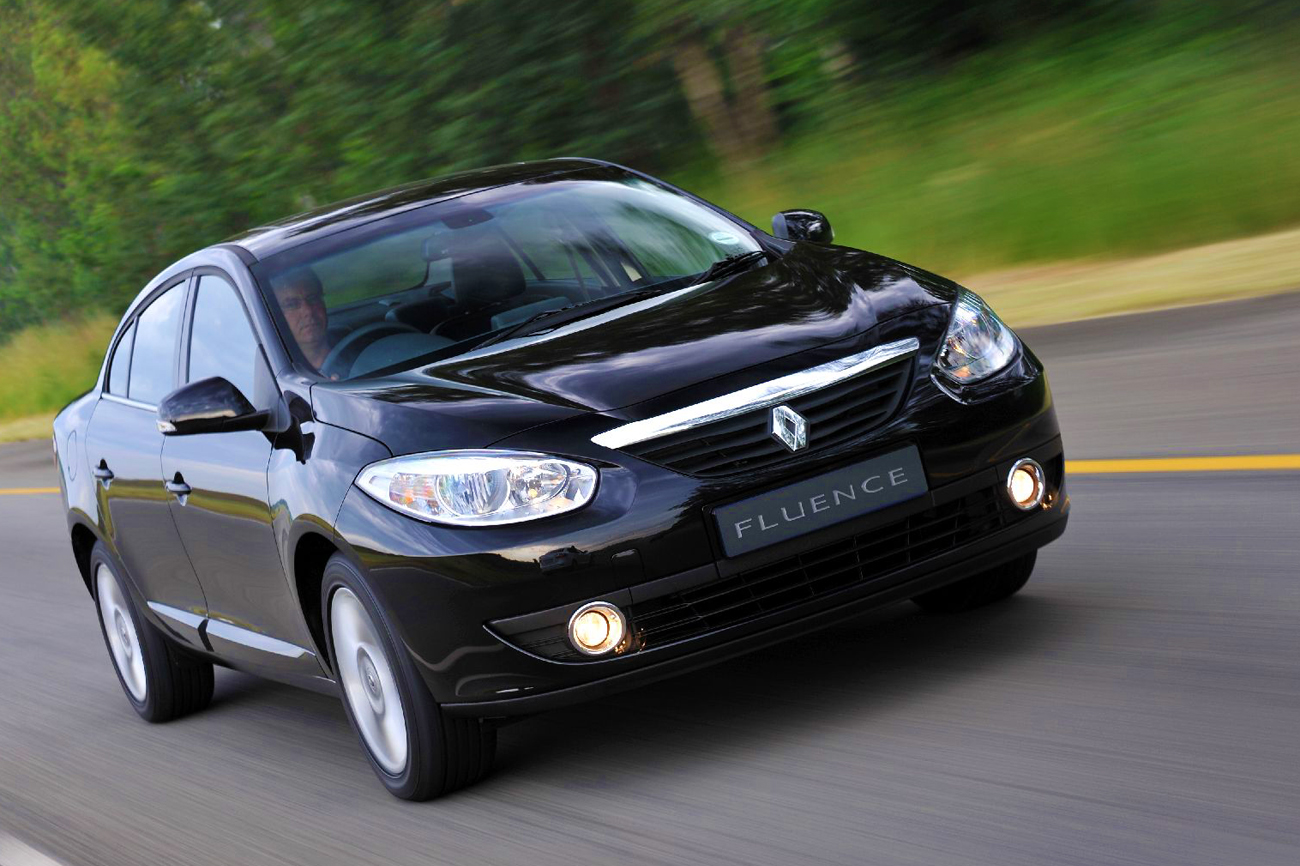 It’s the phrase an increasingly value-conscious South African motoring public wants to hear more than any other: Get more for less. More bang for the buck. And when you’re talking new cars, the monetary commitment rarely runs into less than six figures. Renault is hoping the new Fluence will make it easier to part with your money. By DEON SCHOEMAN.

When it  comes to cars, South Africans tend to have champagne tastes, even if the budget suggests otherwise. We’re simply too reliant on our four-wheeled steeds to treat them as mere appliances. Instead, they become revered symbols of our success – and independence.

Renault’s new Fluence sedan is a clever attempt by the French marque to deliver a lot of car, and a healthy dose of aspiration, at a decent price. Of course, that strategy relies on the brand being able to muster positive sentiments – something that hasn’t always been the case.

But, as Renault SA’s ebullient managing director Xavier Gobille points out, the company is on the rise. It has gone to great lengths to up service levels and contain ownership costs, and offers one of the best warranty and service-plan packages in the business.

It also boasts one of the freshest model ranges on the local market after a flurry of new vehicle launches over the past 18 months. And, with the release of the locally assembled Sandero, Renault SA is also no longer merely an importer of cars, but a direct participant in the local industry.

Considered against this backdrop, the arrival of the Fluence is nicely timed. It exudes all the flair and individuality for which French cars are renowned, but also benefits from the rejuvenated reputation of the brand locally. The Fluence faces a tough challenge: It needs to tackle the likes of Toyota’s Corolla and the VW Jetta, both established and hugely popular contenders in one of the more conservative segments of the new car market.

Renault’s retort is to price the Fluence at very competitive levels. In other words, it adds bang for the buck to its already comprehensive list of standard features. But first and foremost, it has to succeed in pure automotive terms.

In styling, the Fluence is attractive in a sleekly understated kind of way. It’s different enough from the other three-boxers to attract attention, but steers clear of anything too avant garde. The lines are, well, fluid – smooth and cleanly sculpted, with a somewhat bulbous rear that can look rounded from some angles. It’s the interior that’s the real crowd-pleaser, however. The look and feel is distinctly premium, with a fascia design taken directly from the current-generation Mégane and the kind of intelligent packaging that makes the cabin look and feel more spacious than the exterior suggests.

And it’s not just an illusion. The Fluence will comfortably accommodate four adults (five, at a push), while offering a capacious boot of 530-litres.

The list of standard kit is extensive, leaving little to add from the options list. It offers everything the executive heart desires – from electrically operated windows and exterior mirrors to remote central locking, from Renault’s innovative keycard access to air-conditioning and cruise control.

A particular – and welcome – surprise is the standard, integrated TomTom navigation, which offers intuitive operation via a remote-control handset and full-colour display. It might not be as sophisticated as some of the systems in top-end luxury cars, but the value-add factor is significant.

Active and passive safety levels are to Renault’s customary high standards. Front, side and curtain airbags are included, as are ABS-controlled brakes with EBD and EBA. Depending on model, the wheels are alloy in sizes of 16 or 17 inches.

For many, however, the clincher will be the standard five-year/150,000km warranty, linked to a five-year/100,000km service plan. That combination not only adds considerable peace of mind, but will also do much to contain real-world ownership costs. The Fluence range consists of three models, of which two share the same 1,6-litre engine and drivetrain . The 16-valve powerplant is good for 81kW and 156Nm of torque, and drives the front wheels via a five-speed manual gearbox. A five-speed automatic transmission is an option.

I only drove the manual version, which feels sprightly enough: Renault claims a 0-100km/h sprint time of 11,7 sec, and a 185km/h top speed. The four-potter likes to be revved to give its best, which adds some sporty flair to proceedings, and the gearshift feels reassuringly positive.

While Renault claims a 6,5 litre/100km consumption figure, real-world results are likely to come in at around 8,5 litres/100km if driven with some enthusiasm in a mix of conditions. Personally, I’d opt for the livelier and certainly more effortless 2,0-litre flagship, which has 105kW and 195Nm at its disposal, and has just the right amount of extra pep to add some dynamic vigour to the package, especially at Reef altitudes.

It also benefits from a six-speed manual gearbox (or that five-speed auto) and ups the claimed performance figures to 10,4 sec for the 0-100km/h dash, and a 195km/h top speed. Fuel consumption should not be that much worse than the 1600 model, because it doesn’t have to be revved as hard.

On the road, the Fluence tries to please a broad audience, which means that ride refinement is good, with plenty of suspension pliancy to soak up bumps and dips. There’s enough inherent composure to stop the car from feeling wallowy and sufficient feedback to encourage communication between car and driver. However, the electric power steering isn’t progressive enough, and generally feels over-assisted – a shortcoming  the Fluence shares with many of its rivals. It’s a trait one gets used to and at least the Renault is easy enough to manoeuvre around in parking lots.

Driven through curves and corners with some gusto, the Fluence will introduce some understeer a little earlier than expected, but again, this is in line with its positioning, and never gets in the way of the overall driving experience.

Build quality is a particular highlight, and the Fluence was unfazed by bumpy road surfaces, ripples or dips. It feels as solid and as well-built as a tank, which augurs well for long-term ownership. The Renault Fluence is not the most dynamic car out there. But then it’s not meant to be. It goes about its business with quiet confidence and scores high marks in comfort, space, convenience and safety terms. It looks attractive and certainly offers a viable alternative to its more established rivals.

However, as I said at the outset, it’s the value on offer here that will be the clincher. Pricing starts at a smidgen under R200,000 for the Fluence 1.6 16v Expression, while the 1.6 16v Dynamique carries a R224,900 price tag. The flagship 2.0 Privilege will set you back R244,900. Add the warranty and service plan to those figures, and the package becomes more than the sum of its parts. DM