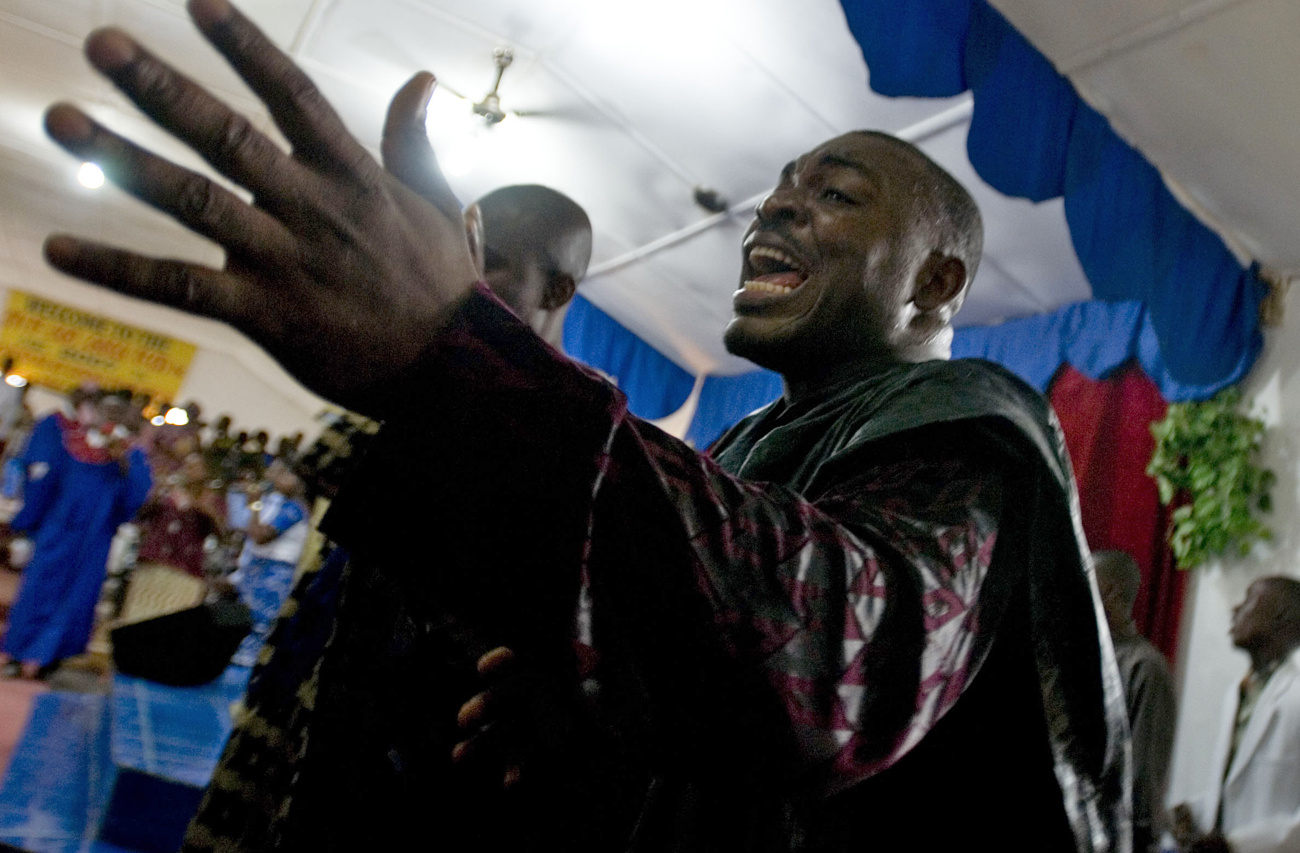 What would you say to the man who killed your entire family, or shot you in both legs, causing them to be amputated, or hit your infant daughter on the head with a rifle butt, leaving her half-blind for life? In the film, “The Redemption of General Butt Naked”, US filmmakers Daniele Anastasion and Eric Strauss take us to the doorstep of these encounters. The result is electrifying reality cinema. It is also an uncomfortable stew of moral quandaries. By MICHAEL KEATING.

This isn’t a Hollywood gore-fest. “General Butt Naked” was a real monster and the film, which has been winning acclaim on the US festival circuit, documents his reign of pure evil and his conversion to Christianity.

The timeframe shifts between the late 1980s and the current day. At the height of the first Liberian civil war, following the overthrow of Samuel Doe, we meet Joshua Milton Blahyi as General Butt Naked. Blahyi led a notorious band of drugged-up child soldiers called “The Butt Naked Brigade”. He would motivate his troops with repeated showings of gory American action films, and promises of invulnerability if they shed their clothes before going on rampages. The film includes documentary images almost too painful to watch.

Fast-forward to Monrovia today. “Butt Naked”, now once again Joshua Blahyi, is wandering around squalid neighbourhoods and refugee camps preaching his version of Christian scripture and seeking out his former victims so he can embrace them and beg their forgiveness. In the intervening period Blahyi had converted to evangelical Christianity through the ministry of a very courageous local preacher. He had also been brought before Liberia’s Truth and Reconciliation Commission, which let him avoid prosecution despite his admission to having caused the deaths of more than 20,000 of his fellow citizens.

This was the same commission, incidentally, which recommended Ellen Johnson-Sirleaf be banned from politics for 30 years because of her financial support for people such as Charles Taylor, now awaiting his fate at the hands of the International Criminal Court in The Hague. The film does not clearly reveal the reasons behind the commission’s pardon of Blahyi except, we assume, for the fact that he came forward voluntarily, confessed everything he did and showed genuine remorse.

We also see Blahyi ministering to his flock of former soldiers, desperately struggling to deal with their monstrous pasts. He may be a maniacal murderer to most Liberians, but to these former boy-soldiers he is “the redeemer”. He feeds them, clothes them and ministers to their pain in a way larger society would be unwilling or unable to do. Despite his conversion, Blahyi is still tormented by a million demons we see glaring out of his wild eyes and hear in his spell-binding exhortations whenever he is given the chance to preach. But to call what he does at the pulpit sermonising would be to miss the point. Whatever fierce raging energy drove Blahyi to become “Butt Naked” is still present in Pastor Blahyi. It is the kind of Nietzschean energy that simply overcomes everything in its path. It embraces, destroys, cajoles and comforts everyone it encounters and the film shows us all of this without judgement … and this is where it has landed itself in some difficulty.

Some viewers of the film, especially those with an international justice frame of mind, have criticised Strauss and Anastasion for letting Blahyi off the hook, even though the Truth and Reconciliation Commission (funded by foreigners, but composed of his fellow Liberians) was able to without much difficulty. In essence, the international justice cohort would have preferred the filmmakers bring out the gallows for Blahyi – since Liberians were obviously unwilling to do so themselves.

This is not to say Blahyi has walked away scot-free. He is constantly besieged with credible death threats from those who will probably never forgive him no matter how much Jesus-talk he throws their way. In a nod to new media, we see Blahyi receiving those threats on his BlackBerry in a shabby hotel room in Ghana where he is in an uneasy exile. One does have a momentary impulse to feel sorry for this man, but it is an impulse easy to resist.

While the film does have some historical and ethnographical lapses that could have been remedied with a little visual narration, the overall effect is curiously life-affirming. Both as Butt Naked and Pastor Joshua, Blahyi comes across as a narcissistic manipulator; the epitome of a lost soul – but the life-affirming qualities of the film are in the voices and gestures of his victims who allow this killer back into their lives, if only for a moment, if only to show they are not him, that he has not destroyed them and they have a kind of power that he will never possess – the power to tolerate.

Despite their on-screen forgiving of Blahyi is unconvincing and another example of Blahyi’s strong-arm manipulations – possibly they thought that was what the foreign filmmakers expected of them – the effect is indeed life-affirming. Several Liberians who have seen the film in the US say the feeling is that, if the film ever makes it to Monrovia, it will likely fuel the rage many still harbour towards issues of impunity. Many of the war’s worst perpetrators are still at large. There is also the controversial and allegedly politically motivated outcome of the Truth and Reconciliation Commission and the reasons for the current government’s reluctance to act on its recommendations.

Parenthetically, after his conversion, Blahyi marries and has a family, whom we barely meet and whom he deserts time and again as the forces in Monrovia push him to escape his enemies and personal demons. Near the end of the film we catch a glimpse of Blahyi’s wife lamenting the path she has chosen as the notorious Butt Naked’s bride. “I’m tired of being his wife,” she laments.

By the time the credits roll we are tired of Blahyi as well, but we will not likely forget him. As much as we will deny it, and as this film takes pain to show, he is still one of us. FAM

This story was first published by Free African Media.