Analysis: ANC's need and burning desire to deal with un...

Analysis: ANC’s need and burning desire to deal with unions 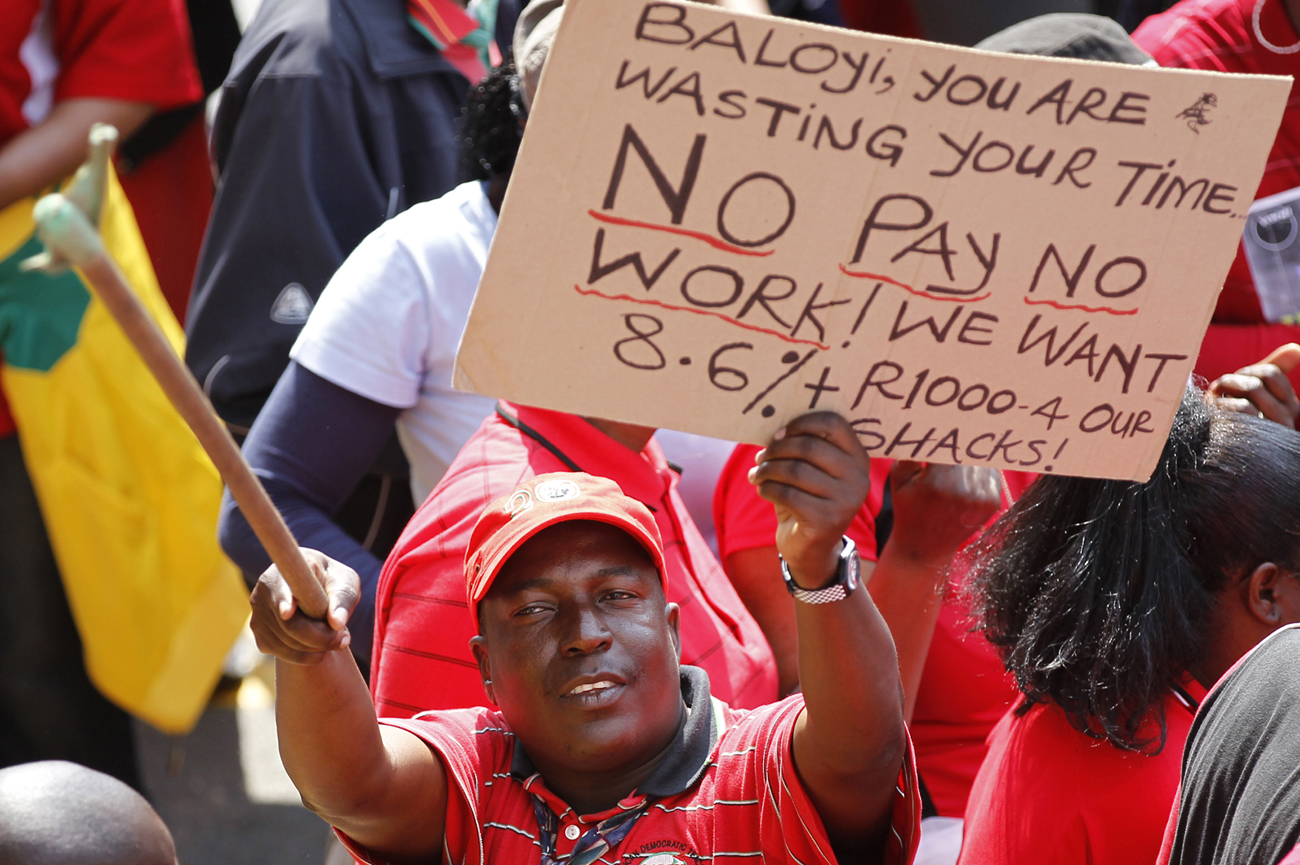 It’s no accident that two of the biggest problems the country faces are education and the failure of local government. And that’s where the two most troublesome unions lurk. The South African Democratic Teachers’ Union and the South African Municipal Workers’ Union are beginning to test the ANC’s patience. By STEPHEN GROOTES.

Governing is hard. Even a dictator, someone with unfettered power, can find it difficult enough. Having to do the job when there are checks and balances and opposition forces and divisions within your own organisation must make you wonder why people go into politics.

There are times when the ANC is caught in a vice. It has to either go one way or the other. This doesn’t happen too often, and it’s usually through a combination of events, of history catching up with it and dumb bad luck. But it now finds itself, on one side in an election year, with education becoming a hot-button issue. And on the other side, Sadtu members outside the Meadowlands magistrates courts on Monday, screaming at a 17-year-old boy. It wasn’t a pretty picture, and it made for terrible politics. The reason for the protest was the court appearance of Sadtu’s Johannesburg Central Region chairman Moss Senye who is accused of assaulting the teenager. And his very cunning response to this outrageous claim is to get hundreds of his closest friends around to intimidate a kid.

On Tuesday, Gauteng ANC provincial secretary David Makhura was asked if he would condemn the protest, and the teachers who’d left their posts to attend the intimidation show. He started off by saying, yes, he would condemn it. Then there was a brief pause. “The department must fire them,” he said, “we call on the Gauteng education department to fire these teachers. You have teachers who abandon learners to attend a court case.” It’s very angry stuff. And it gives Gauteng education MEC Barbara Creecy a lot of leeway to deal with it. She can go ahead and sack them with the blessing of her political masters, or she can allow them to stay on, but on a short leash and say labour laws prevented a mass sacking. Either way, she wins. And, after being accused of Satanism by the same unions, she is not likely to appreciate them very much.

But it is also a momentous occasion where an ANC leader has called for Sadtu members to be fired. And that’s not the only union in Makhura’s sights. He has plenty to say about Samwu at the moment as well. Samwu is the union that occasionally makes a sport out of trashing our streets, and is responsible for the wildcat Metrobus strikes we have almost once a week. At the moment they’re on strike in Ekhuruleni. Last week it was Joburg and Tshwane’s turn. They’re, well, outta control. And more importantly for the ANC, they’re bringing service delivery at a local government level to a halt. Two months before local elections, just as service delivery is becoming a big issue. Samwu’s less-than-thoughtful approach involves claiming its members won’t vote for the ANC, if it doesn’t get what it wants from these three councils.

Makhura says, “We won’t give in to blackmail”. And he must have backing from some senior national figures when he says it.

So what’s really going on? It’s simple really. The ANC has realised one of its biggest stumbling blocks to service delivery, to getting enough people to vote to keep them in power, is actually the very same group of people whose job it is in life to ask simply, but incessantly, for “more”. As we’ve observed before (yes, Zweli, we are a capitalist website), the job of a union is to get a better deal for its members. Nothing less, and usually speaking, nothing more. But it also shouldn’t be cutting the branch it is sitting on.

In the short term, the ANC is probably going to manage these tensions with Sadtu and Samwu through Cosatu. It’ll get Zwelinzima Vavi to settle everyone down until after the elections. It’ll probably work too. The real problem comes when eventually – and it’ll happen – that because of a combination of events, history catching up with it and dumb bad luck, Cosatu won’t siphon off the anger anymore. It just won’t be interested. Imagine Cosatu with a more combustible general-secretary than Vavi, and we’re half way there.

Then the next ANC response, perhaps, would be to buy them off. Using our money as the state. But that method is also beginning to run out. We know that during the last big public sector strike, government was forced to borrow. We also know finance minister Pravin Gordhan is worried; he mentioned in his budget this year that government’s wage bill has doubled over the last five years. That’s simply not sustainable.

However, there is also likely to be an urge for any ANC president to defer this inevitability as long as possible. Would you take on Cosatu if you were President Jacob Zuma these days? At the same time, it could be claimed unionist influence is growing in the ANC. Look at how many of the party’s top officials come from the union movement.

But, strangely, perhaps to sort out unions, you need a unionist. And as their influence appears to grow, perhaps this balance is going to change. From what we can see, it’ll take a combination of a strongish ANC leader, bad leadership on the part of the unions and a population that’s literally had it up to here with the unions. Or, if you prefer, a combination of events, history catching up with them, and dumb bad luck. DM