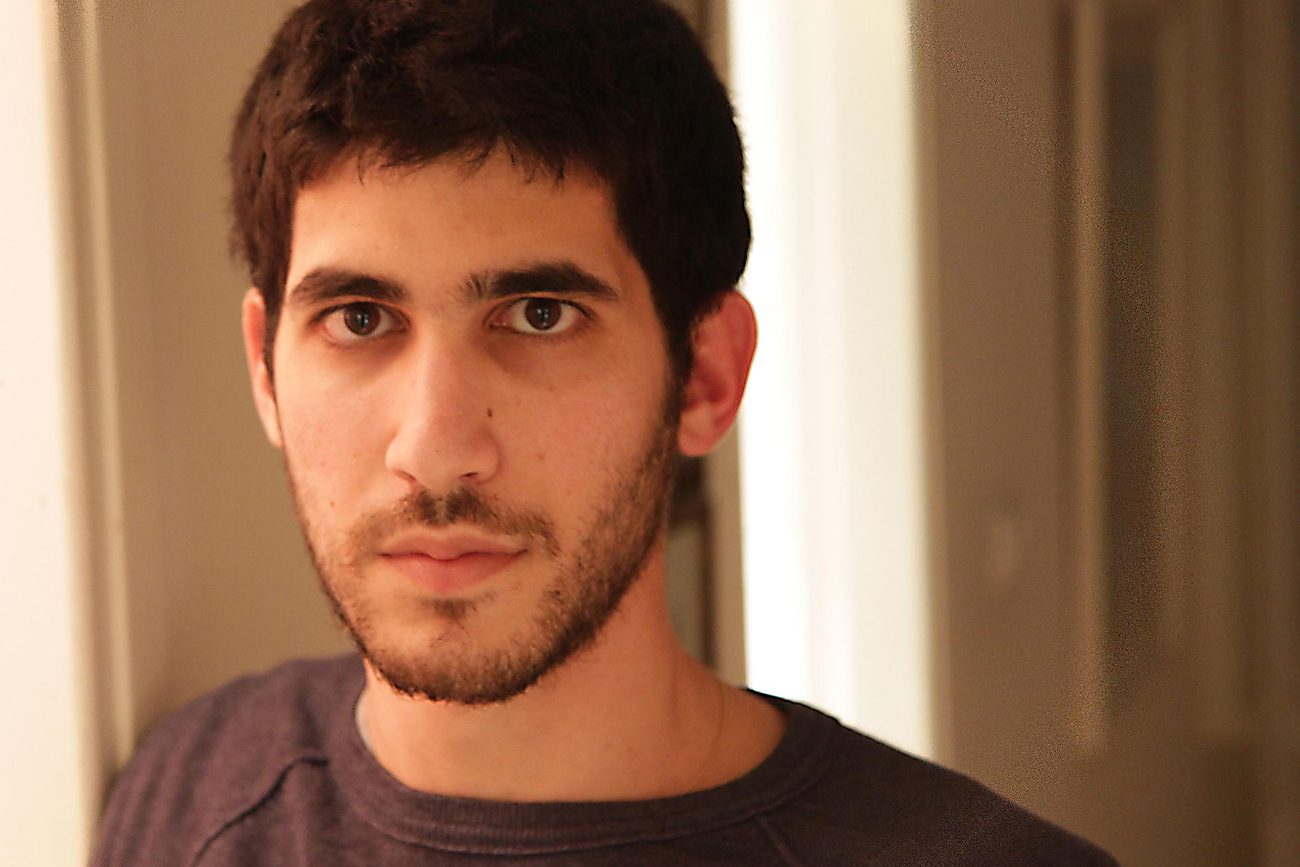 Charlie Kaufman’s heard of emerging Israeli filmmaker and writer Asaf Asulin thanks to the Internet, which is proving to be a game changer for artists wanting to promote their craft to the world. By MANDY DE WAAL.

Asaf Asulin’s an up-and-coming artist who caught the eye of writing legend Charlie Kaufman after Asulin created a poem inspired by Kaufman’s “Eternal Sunshine of the Spotless Mind”. Kaufman liked the poem so much he put it on his Website, not a bad nod from that legend who also created the screenplays for “Adaptation” and “Being John Malkovich”.

It’s this kind of generosity from Kaufman that ensured Asulin’s talent was noticed outside of his home in Israel, and certainly what first drew The Daily Maverick’s attention to the young writer and filmmaker. Asulin’s been writing for as long as he can remember and has just finished his third short film, but has his mind set on making his first feature.

“I always wanted to make movies. I made some short films before, but this particular movie is very different from the other movies I made.” Asulin’s talking about “Partying Apart”, a short film that is a dream-like expression about the connections people make with one another. “Why did I make it? It is the same reason that I create all the art that I create. Something in my life bothers me and I try to solve it through art. I presume this is the reason I made the movie, to solve something in my head, and in my life.”

A meditation on loneliness, longing and connection, the film has an alluring ethereal quality and fuses remembering and forgetting, but what’s most distinctive about it is its beauty in terms of craft. There is sheer poetry in the way Asulin made this movie. “The thought I had in my head for a long time before I made the film, was the understanding that as people we don’t have anything to do here in the world except make connections with other people. This is the main, perhaps only reason we are living. I don’t know if it sounds obvious, but it is something I haven’t thought about for years.”

Still in his twenties, Asulin comes from Ra’anana, a cosmopolitan city in the central district of Israel that is well populated by high technology companies like HP, SAP and Microsoft. Situated about 15km outside Tel Aviv, Ra’anana is relatively small city with a population of less than 70,000 people, but the high technology focus makes it a favourite destination for technology conferences.

Watch the trailer of “Partying Apart” by Asaf Asulin:

A film school graduate who teaches film work to students at a high school in Tel Aviv, it is technology that enables Asulin to bring his art to the attention of people like Kaufman and the rest of the world. Asulin may be an artist, but his digital prowess and intuitive street smarts are enabling his art to get noticed by a wider global audience.

In Israel Asulin is well established given that his poetry has appeared in local magazines, and his second book of poetry (in Hebrew) was published to good acclaim last year. Like his film work, Asulin’s poetry has a dream-like quality:

In a main street with a bag
A woman stands at five in the morning.
Previously, you kissed her
Now you’re driving home.

She’s not interested in your sad images.
But, too late –
She already is
A woman.  A bag. A  main street

Wait till she gets far away,
With the rest of the people in the world,
She will live in the prison head of yours
And keep on waiting there for many years.

Her thoughts will be your thoughts
And she will be lonelier than could be imagined.
The bag won’t lose its colour to the sun
(Nor, will be out of the fashion)
And her face will never change.
She will have no purpose,
but you.

“My book came out last year and the title translated directly into English is “What was lost ahead”. It is hard for me to read the book and I haven’t read it even once since it was published. It is a different period for me now so it is very much like an old diary.” Asulin laughs. He has a gentle, shy and almost withdrawn demeanour. He adds: “The people buy it and read it.” And then he laughs again.

Dreams are an aspect of life that strongly influences Asulin’s art. “Most of my ideas and what I write came to me in a dream. You are so creative in dreams, more creative than you are in waking life. You can have a simple dream with no drama. It can be the simplest thing, but you can have an amazing feeling that doesn’t leave you for days, and this is why I wanted to make this film about dreams and this is why the film is dreamlike and has this dream-logic inside of it.”

Unlike a lot of people who use dreams to interpret life, Asulin believes dreams stand apart. “I am not the kind of person that thinks dreams are supposed to interpret waking life. I think dreams are another separate life. It could be interesting to make a film one day about all the dreams of one particular person. Regular films make a biography of a person’s waking life, but what about instead taking a look at all of that person’s dreams over the years?”

Loneliness is another strong theme in Asulin’s work. “What enables you to connect more deeply with some people than with others? I wish I knew. If you think you have a good connection with someone you project that on the other person. It is mostly what you want to feel. I guess in relationships if you know someone for a long time and you have some kind of chemistry with them, you can feel a connection on a deeper level.

“But sometimes the experience of loneliness affects this. When a person is lonely and they find another person who is also lonely, if they connect with each other they feel it is a deep connection because each one has lived in their own loneliness.” DM