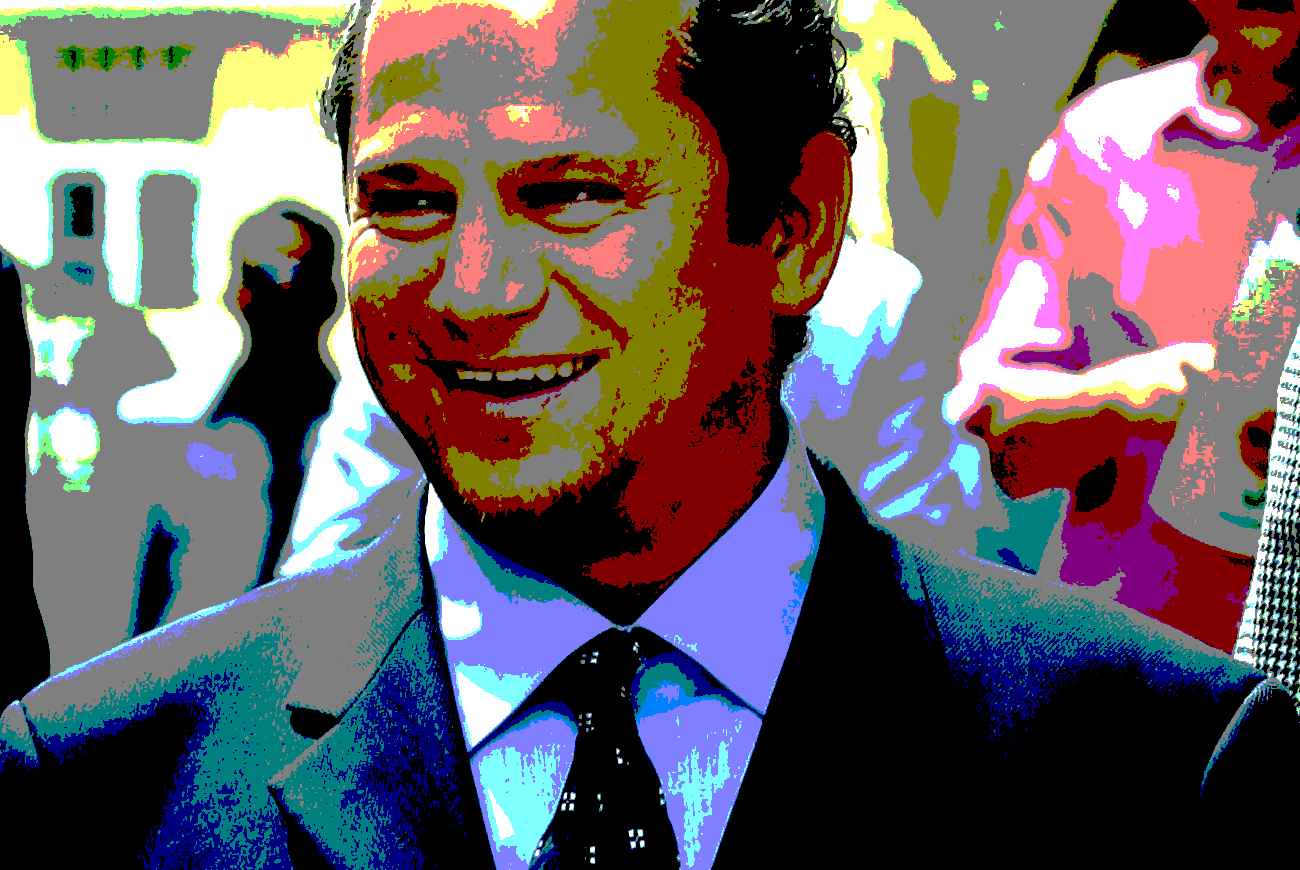 The fraudster jailed for 15 years for his corrupt relationship with the SA’s current president was re-arrested yesterday. Schabir Shaik is now back in “B” Section of Durban Westville Prison (motto: “The place of new beginnings”), and will stay there for at least the next couple of days. While this is now technically an issue that will be settled along the lines of parole law, it is, of course, not really about that at all. By STEPHEN GROOTES.

The arrest follows a report last month that the supposedly terminally ill fraudster assaulted a newspaper photographer on a golf course, and a claim that last week he punched a fellow-worshipper at a mosque over a parking space. You could say Schabir Shaik has had it coming.

First was his conviction for corruption by a High Court, upheld by the Supreme Court of Appeal and the Constitutional Court. There was the decision that some of Shaik’s money should be confiscated as it was the proceeds of crime, because he had paid President Jacob Zuma a retainer, “an investment in political influence”. Then Shaik was granted medical parole, after three doctors said he was “terminally ill” because he had high blood pressure. After that Shaik-spotting became a popular Durban sport, rumours he was at the Met, then playing golf, then shopping. All denied, all without proper proof.

But that’s changed. The latest claims seem to have been too much for Nosiviwe Mapisa-Nqakula, who was punished for being an Mbeki-ite by being appointed correctional services minister. She told Eyewitness News on Monday that “we can’t spend all our time talking about Schabir, we should be looking after the thousands of inmates in our jails”. That sounds like the voice of frustration. So on Sunday night, in conjunction with the correctional services commissioner for KZN, she decided Shaik should be re-arrested, and on Monday morning it happened.

To listen to Shaik’s attorney, Reeves Parsee, it sounds like no one expected it. He says Shaik was “shocked” and that his client was taken without any documentation. He’s worried that there was no warrant of arrest, and he hasn’t been able to get any documentation about the arrest. To be frank, this worries us too. Shaik has the bucks for the best lawyers in town, and if the proper procedures weren’t followed, then trouble could result. And to be fair, if anyone in a country that respects the law is going to be arrested, they have the right for due process to be followed.

Due process means that while Shaik has now been arrested for 72 hours, what happens next is up to the parole board. It meets when it’s ready, and considers what evidence it may have before it. And this is where it gets interesting, because there seems to be a lack of evidence in both these cases.  As the person who accused Shaik of attacking him last week says he doesn’t want to press charges, it seems likely he wouldn’t want to testify against him in a parole hearing either. And the journalist who claims he assaulted her would find herself being cross-examined by a well-paid expert in the art. Without an independent witness, her story could dissolve, through no fault of her own. And make no mistake, if no one provides an independent version of what happened, of course Shaik is allowed to say there’s no proof he violated his parole conditions.
Of course, the legal side of this is positively boring compared to the political side.

This entire story, the sport of Shaik-spotting, has never been about him. It’s been about Zuma. It’s been about the issue that someone can be jailed for paying someone off, while the person who took that money becomes president of the country. And the only way to remind people of that is through the continued existence of Shaik. His medical parole struck many as a simple favour for a friend. And make no mistake, Zuma and the Shaiks are friends; don’t forget who runs our Secret Service.

So what does Mapisa-Nqakula do now? Does Shaik go back to jail or not?

There will be plenty for her to consider. Let’s start with her boss. Zuma clearly owes Shaik. It’s that simple. Often in these cases, it’s easy for the person who won high office to simply welsh on the debt. But Zuma cannot do that. It would be a foolish, and perhaps temporary head of state who sends the brother of his Secret Service boss to prison. It would be asking for trouble. And we’ve seen before in this country what happens when the president no longer trusts his secret service chiefs (anyone remember a national intelligence agency boss called Billy Masethla?). So Zuma cannot let Shaik go back to jail. Which you would think, means Mapisa-Nqakula cannot let him go back to jail.

So then why has she done this? It seems this move could be to send two messages. One, to the general public, “Okay, we get it, you’re angry. We’ll send him back to chooky for a while”. The other is to Shaik himself; “For Zuma’s sake, behave”. Shaik may well come out of this slightly chastened, and a little quieter afterwards. Mapisa-Nqakula gets more credibility with the public.

If that’s the case, then hell, it’s a dangerous game. As many leaders have found out, if you tell a group of people they’re independent and then let them decide something, as is happening with the parole board here, anything can happen. Perhaps someone is making the calculation that these two incidents are easy enough for Shaik to slip through, so he’ll be released again and can claim to have gone through the proper processes.

Shaik is always going to be a reminder of the corruption claims to which our president never answered under oath in open court. He has always said the money Shaik gave him was a loan. Seventeen of the nation’s finest legal minds think otherwise. Whatever happens over the next few days, Shaik is going to be around to remind us of that for a long time to come.

And then there’s another theory, the most far-fetched one of pure conspiracy, and therefore the most delicious one:

Just look at the recent events:

All of these events happened within the three weeks, most of which Zuma spent out of the country. They pretty much fit with the rumours of concentrated action against Zuma. The mechanism appears to be rather simple. Each and every one of the events looks like a trap developed for a desired effect: Zuma’s strong reaction, that could be afterwards used as a club against him. The issue in this theory is how aware is Zuma of the connection between these events. Because, let’s face it, whatever he does, his situation is lousy.

As we explained earlier, he is damned if he does and damned if he doesn’t. We’ve said it before, and many times: Zuma is a clever and cunning politician. But while he could have somehow sailed above the Guptas, Manyi and the costs of his residence, it will be terribly difficult for him to stay out of Schabir Shaik case.

But of course, it is all just a conspiracy theory. DM