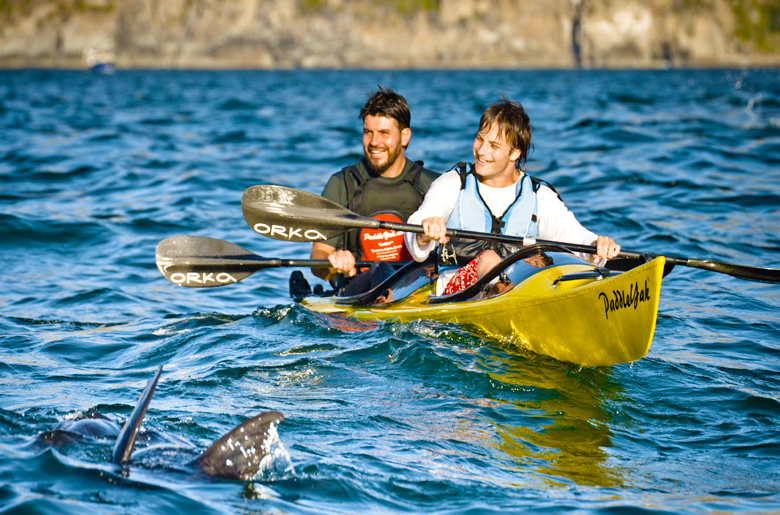 A man who believes in doing rather than talking, Dan Skinstad is celebrating the end of his studies in a way few people do. He’s taking four months off to kayak around Iceland with adventurer Riaan Manser, hoping to become the first South Africans to complete the odyssey. And he has cerebral palsy. Problem? What problem? By MANDY DE WAAL.

Let’s get over that cerebral palsy issue quickly – it’s an aspect of his life Dan doesn’t linger over. “I was born 10 weeks premature and I have a very mild form of cerebral palsy. I wouldn’t call it debilitating, but it is not easy. It does have its challenges and is something I must deal with every day, but I don’t know any different. It is all that I have ever known so I just deal with it.”

Brother of the famous former Springbok skipper, Bob, the real story about the other Skinstad is he’s off to Iceland and will be kayaking around the sub-polar country that’s studded with glaciers. It’s a risky expedition, particularly since Skinstad has never been to Iceland before, so it must be a comforting thought that he’s being accompanied by the ace solo adventurer Riaan Manser.

Manser’s an expert when it comes to heroic, er, crazy expeditions. In 2003 Manser set off to circumnavigate Africa, a journey he completed two years and two months later, travelling some 37,000km through 34 countries. That was a first. Next up was Madagascar, the world’s fourth largest island. Manser kayaked around the island – another first.

“It’s a dangerous journey and if you don’t take care of yourself, you could die out there,” says Skinstad, who met Manser through friends, and again when they sat together in Bob’s seats at Newlands watching rugby. “It is not Mickey Mouse. This is a very serious undertaking and it was very important that we understand each other, and can work together. Riaan wouldn’t have made it around Africa or Madagascar if he didn’t know what he was doing.”

Skinstad’s an understated guy, but the trust he has in Manser is evident. It’s also evident Skinstad is pragmatic in approaching this mission. “I am trying to learn as much as possible from Riaan. I will not be a passenger on this trip. We have a manager who has done a ‘rekkie’ and it has been a matter of meticulous planning, but essentially we’ll be out there on our own. They are making a movie of our trip, but for all intents and purposes the camera crew will shadow us and only intervene if there’s a medical emergency.” If Manser and Skinstad finish the 2,200km trip that starts in the small fishing town of Húsavík, they’ll make history. They will be the first South Africans to circumnavigate Iceland. “We’re not staying in hotels, this is no fancy holiday. We will be camping outdoors and sourcing our own food.”

From Húsavík, Manser and Skinstad will head out clockwise around the freezing island. “We are planning to take about four months to do this. We want to start off slowly so we can acclimatise. You get fitter on the job and do more and more as you move along. The crew won’t be with us every step of the way, and are there to observe and not help.”

The trip is divided into stages and allows for rest days or for stops during bad weather. The duo is heading out just after winter, when the weather’s marginally warmer and hovering around 0°C. “We won’t be kayaking every inlet and river mouth, but it is still a couple of thousand kilometres.”

Skinstad’s been training for months, but all he’s knows of Iceland to date is second-hand. “I have never been to Iceland and just know that it is going to be extremely cold and that I must be careful. I have good positive nerves. If you are not nervous or over-confident, you could become reckless and perhaps even die. It is a daunting challenge, but I will be careful and am just going to take each day as it comes.”

The pair leave on 16 March 2011 and all that’s left for Skinstad is to say goodbye to friends and family, pack warm cloths and ensure the mundane practicalities – like those debit orders – continue in his absence.

The adventure marks the end of Skinstad’s studies. He’s just finished his articles in law and was looking to do a boot camp or some physical exercise to strengthen his body so he could create a “before” and “after” image of himself. When he went to Tim Noakes’ Sports Science Institute, Noakes told him he was in a lot better shape than most and could do better working toward a goal.

Riaan Manser ‘Around Madagascar on my kayak’ on Carte Blanche:

“Originally I wanted to do the boot camp because I felt I could do more to better my condition. The idea was to do a comprehensive before and after picture and document it. The Prof (Noakes) liked my thinking, but said an actual boot camp without an end goal would serve no real purpose, academic or otherwise because my ‘before’ picture was already so much better than most people with cerebral palsy,” says Skinstad.

When Manser asked Skinstad the next day whether he was up for Iceland, Skinstad didn’t hesitate.

Training has for the most part taken place at Noakes’ Sport Science Institute. “I have done gym training to strengthen my muscles and increase my cardio-vascular fitness, but have also been working out in a chamber that is a simulated kayak. It’s like an ergo machine, but has been modulated to simulate the stroke of a kayak.”

From there Skinstad and Manser have taken to the waters of the Western Cape. “We are building up to huge distances, but it has been a lot more about the skill sets. You get a lot fitter as you move into these things and Riaan has been coaching me and telling me the obvious – use common sense on the sea.”

Why’s Skinstad doing this? “I have a disability, but I don’t want that to be a focal point. There are millions of people far worse than I am politically, economically or physically. The message I want to impart – one I have learnt from Riaan – is that there is an ocean between saying and doing. There are lots of people who say they can do things, but the truth is until you get off your backside and do them, it’s only talk.

“Whatever the cross you have to bear may be, it goes a long way towards getting rid of that burden when you get up and do something proactive. If you want it badly enough you can do it. Stop talking about doing it and do it.” DM

Visit Riaan Manser’s site and follow news of his journey with Dan Skinstad.