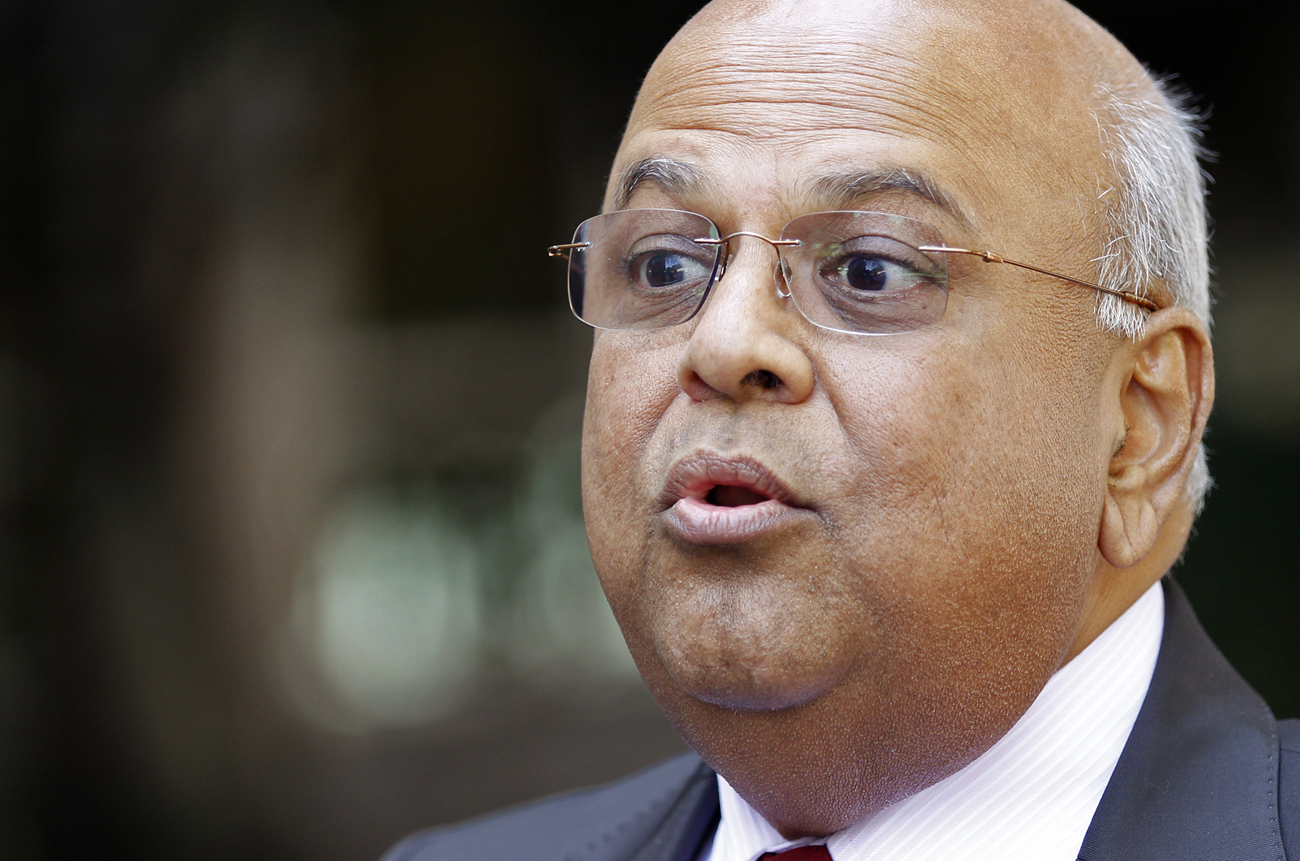 South Africa’s debate on how to grow the economy has many facets. Communists and capitalists are arguing it out as everyone looks to that elusive elixir of jobs and growth. The person in the middle, or slightly to the left of the middle if you like, is finance minister Pravin Gordhan. And his view is rather nuanced. And revealing. By STEPHEN GROOTES

It’s difficult to think of a room in which Pravin Gordhan would not be the cleverest person. He’s one of those people whose intellect seems to just shine out of him. He doesn’t dominate a room, but once he starts talking, it shuts it up quickly. And yes, while he may have spent much of his life espousing a philosophy that looks a lot like communism, he’s the kind of guy that if you don’t follow closely, you’ll find yourself agreeing with him. No matter what kind of car you drive.

Of course, he dominated the room at the BusinessLive breakfast in Sandton on Monday. So when he makes this statement, it’s best to listen carefully. “In the next 10 years the space for exploiting the lowest-paid workers will disappear.” Huh? China is going to give workers rights? Vietnam too? Bangladesh? That’s what Gordhan believes. That the whole structure of the manufacturing economy we have at the moment, where the workshop of the world tracks the lowest-paid labour is about to change. As we’ve pointed out before, this cost issue is vital to us if we’re going to create manufacturing jobs. Currently a textile worker in a South African factory earning a minimum wage of more than R2,000 a month is simply undercut by one in Vietnam earning R350. Gordhan seems to believe that labour costs in Asia are inevitably going to rise.

While it’s sometimes tempting to think Tunisian-style protests could reach as far as Bejing, we don’t really see it happening yet. It might, but it looks unlikely. And so far the Chinese Communist Party has been pretty good at managing dissent. But if it does, as Gordhan predicts, the world’s entire pricing system will have to change. That means manufactured goods will be more expensive. What that does for the iPad 9 is easy to work out. The impact on global inflation could end up being quite large.

And as SA’s currency continues its strong run, Gordhan sticks his finger in Cosatu’s eye when he welcomes it, tempering it a bit by supporting a “strongish” rand. Of course, he balances it with the need for the South African population to counter the global run on food prices.

In the domestic context Gordhan is trying to say minimum wages are here to stay. But he does hint rather that there might still be some space to move when he says, “Some sectors of the economy are very sophisticated, some are under-developed”. It seems to be suggest perhaps some sectors will have their minimum wages tweaked, or changed, or something. He also echoes ANC secretary-general Gwede Mantashe who’s dropped similar hints.

Gordhan may be in a room full of capitalist economists, but he’s very confident when it comes to his criticism of our economy. He’s not comfortable with big companies dominating some sectors, he says they should give space to the smaller operators to allow them to grow. He also thinks big business isn’t really getting off its bum and getting involved in the job-creation project. He talks about the “paralysis” South Africans seems to suffer when it comes to the economy.

He also has a harsh word or two for capitalists who have spent the last month lamenting the proposed new labour laws (as we have done). While “they are simply proposals … they are not cast in granite”, he wants business to do something about job-creation itself. He thinks changing the current oligarch nature of the economy should be on the table. Gordhan does think that some sort of “happy medium” will be the result of this. In our view, that’s not good. It does mean employing labour is going to be harder, and, despite the best efforts of Gordhan and friends, we still don’t see how that’s going to lead to jobs being created.

Gordhan also sounds depressing about the mining sector: “We must admit we’ve missed one commodity cycle and if we’re not careful we’ll miss another…but if the right things are done, this sector will be competitive again pretty quickly”. Sorry Minister, nope. Not a chance. Firstly, for this sector to come right, you need Transnet to sort itself out. Even with the best will and management in the world, that’s going to take a while. And the fact that politics still rules there, as the recent re-appointment of Siyabonga Gama demonstrates (Gama was fired after an independent tribunal found him guilty of wrong-doing in granting a contract above his pay-grade to a company linked to Siphiwe Nyanda. Then he was suddenly re-instated two weeks ago). Then there’s the real politics. Until there’s certainty on the nationalisation issue, no one is going to spend a billion dollars with us. Or thousand dollars, for that matter. Until someone shuts up Julius Malema, despite the sunny predictions of SA government’s most trusted politician, there’s no chance of this sector righting itself.

Gordhan is one of those people who makes you want to think it’s safe to keep all your money here. We’re glad he’s in charge of SA’s finances; he’s doing a good balancing job, somehow still managing the politics of it all. But we can’t help but feel there’s very little reason for joy when we look at our economy, and the debates around it at the moment. We hope that Gordhan proves us wrong.  Somehow we doubt that. DM

Photo: South Africa’s Finance Minister Pravin Gordhan looks on during the Reuters Africa Investment Summit held in Johannebsurg March 7, 2011. South Africa was in no rush to increase its foreign bonds insurance – despite healthy outside appetite, Gordhan said on Monday. “We will watch the market and we will see what’s on offer. It’s not just about borrowing, it’s also about the price people want to lend you money at,” Gordhan said. REUTERS/Siphiwe Sibeko.