As protest season continues, China gets nervous about T...

As protest season continues, China gets nervous about Tibet 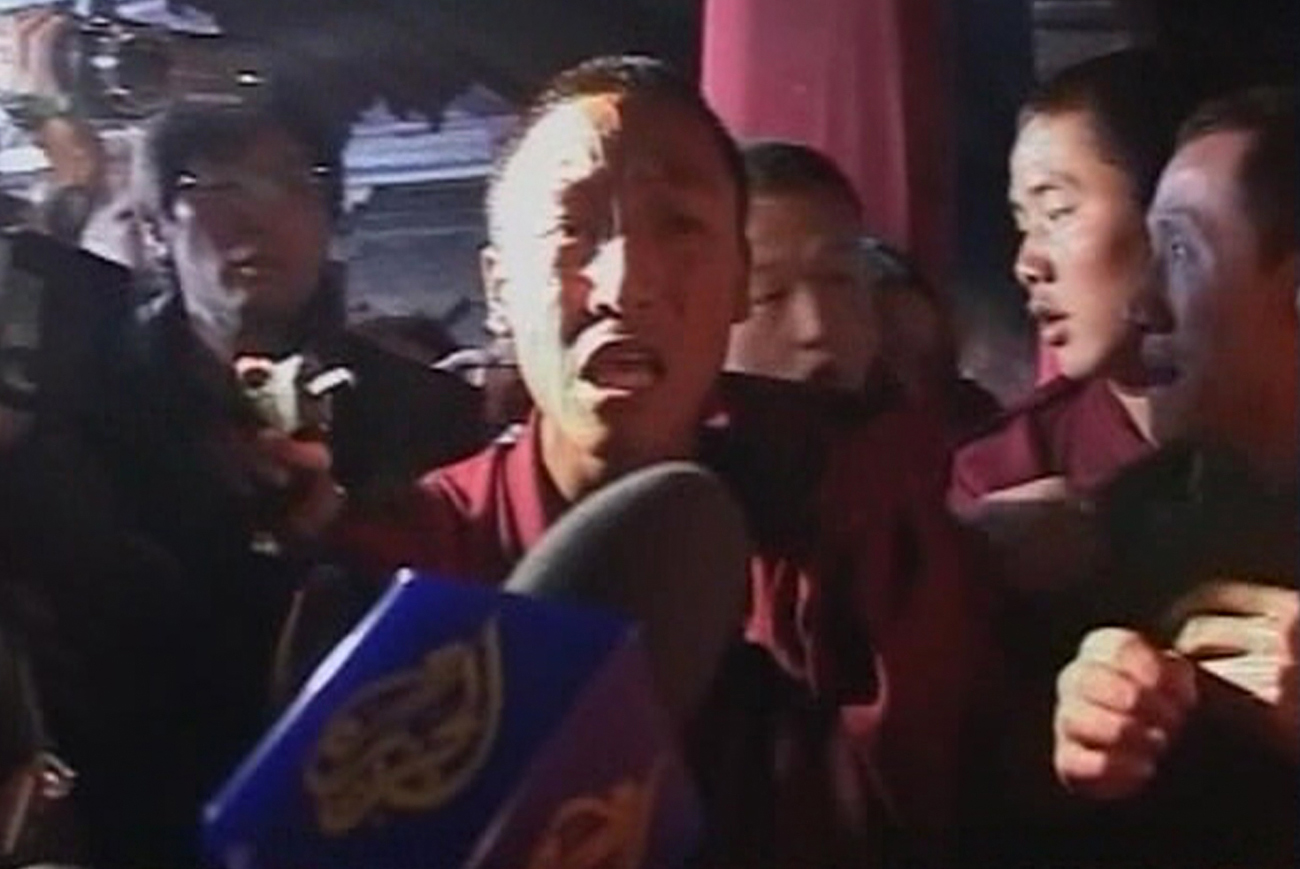 Can current events in North Africa and the Middle East have any impact on a liberation struggle that has been silently raging for decades on the far side of Asia? Probably not, although as the anniversary of the 1959 Tibetan uprising rolls around, Beijing is starting to make some strange and twitchy pronouncements.

The popular revolts that swept recently across the Middle East and have now come, incredibly, to challenge the decades-long supremacy of Libya’s Muammar al-Gaddafi, will not have passed unnoticed by the People’s Republic of China. They may form one of the most powerful governments on Earth, and they’re undoubtedly far removed from the action, but it’s almost impossible that Beijing’s Communist Party leaders have not been holding secret meetings to discuss the implications for their own political situation. After all, it was only three years ago in Tibet – a word that has become synonymous in certain circles with the phrase “China’s Vietnam” – that a peaceful protest in Lhasa was violently suppressed, leading to the protestors exacting a bloody revenge a few days later. So perhaps it’s worthwhile having another look at the events of March 2008, and asking – how different are they from events that unfolded a few weeks ago on Tahrir Square?

The Tibetan uprising played out as follows: On March 10 2008, three hundred or so monks from Drepung Monastery made their way slowly toward the centre of Lhasa, about eight kilometres to the east. It was the anniversary of the failed 1959 uprising against Chinese rule, and as in previous years, the expectation was that the monks would calmly call for Tibet’s independence before retreating. Instead, they came with specific demands – one being that the Chinese authorities release five monks imprisoned in October 2007 for celebrating the US’s award of the Congressional Gold Medal to the Dalai Lama. The monks were stopped at a security checkpoint by Chinese special police troops, who arrested fifty of them. The remaining monks staged a sit-down in the street, and were joined in the afternoon by a hundred of their colleagues.

Four days later, at noon on Friday March 14, another group of protesting monks were stopped by the Chinese special police. This time the engagement took place in the heart of Lhasa, and ordinary Tibetans, who had heard rumours of monks from Monday’s confrontation being beaten in custody, became actively involved. They began to pelt the police with stones. The police fled, and waited on the outskirts of the city for orders from the Party, whereupon the frustrated Tibetans started to attack and kill migrant Chinese civilians.

The difference between Lhasa 2008 and Cairo 2011 would appear, on a certain level, to be one of size and not one of kind. As in Tahrir Square, demonstrations that had started peacefully turned violent when the authorities clamped down with a heavy hand. As in Tahrir Square, government forces became the target for an angry and frustrated populace. Granted, no migrants were attacked and killed in Cairo – Lhasa, of course, was more about liberation from an “occupying power” than it was about liberation from a dictatorship – but the main distinction still seems to lie in the outcome: there simply weren’t enough ordinary Tibetans to threaten in any meaningful way the might of Beijing’s army.

It’s telling that this hasn’t stopped Beijing from taking serious precautions in the years since 2008. In 2009 and 2010, amongst other measures, China placed two or three policemen on every Lhasa street corner on the anniversary of the 1959 uprising, and salted the city with plainclothes security personnel. This year – and the timing of it can’t be coincidental – they’ve gone a step further: they’ve denied tourist visas to foreign visitors.

At an annual political meeting in Beijing, according to the Guardian, Zhang Qingli, the Communist Party secretary in Tibet, said there were “some control measures” in Lhasa for safety reasons, citing potential overcrowding and freezing winter weather. Zhang also said: “It’s not that the anti-Chinese forces and the Dalai clique haven’t thought of it but the fact is they haven’t been able to stir up any unrest since the March 14 incident.”

On Monday 7 March, there were equally strange (and aggressive) statements out of Padma Choling, the Chinese-appointed governor of Tibet. A former soldier in the People’s Liberation Army, Choling asserted that the Dalai Lama has no right to abolish the institution of reincarnation. The 76-year-old spiritual leader of Tibet, who lives in exile in northern India, had previously suggested that the Tibetan succession process could break with tradition – by him handpicking someone, or by democratic elections. “We must respect the historical institutions and religious rituals of Tibetan Buddhism,” Reuters quoted Choling as saying in response. “I am afraid it is not up to anyone whether to abolish the reincarnation institution or not.”

Why this would be Beijing’s official line is unclear only if read without the following fact – the Chinese government has retained its right to “approve” all reincarnations of living Buddhas. A democratic election to appoint the next Dalai Lama, or a successor handpicked by the current Dalai Lama, would quite obviously be more of a direct threat to Hu Jintao’s regime than a reincarnated soul they could endorse and manage.

Which means the larger question remains: can the momentous protests that have successfully swept through the Middle East, changing the region forever, have any impact on a liberation struggle that has been silently raging for decades on the far side of Asia? The answer, if Beijing’s current clampdown on the anniversary celebrations is any indication, is “probably not”. Still, if dictatorships in the Arab world continue to topple, maybe the Chinese government’s policy of maintaining the status quo in Tibet will shift; the Dalai Lama, after all, is only asking for “meaningful autonomy” within the borders of the People’s Republic. DM

Photo: A video grab shows a Tibetan monk talking to the media as he and fellow monks disrupt an official news briefing at the Jokhang Temple, the most sacred temple in Tibet and a top tourist stop in central Lhasa, March 27, 2008. The monks barged into a briefing by the head of the temple’s administrative office, accusing Chinese authorities of lying after more than two weeks of unrest in the Himalayan region, witnesses said. The Chinese government brought a select group of foreign and Chinese reporters to Lhasa on Wednesday for a stage managed three-day tour of the city that was rocked by anti-Chinese violence on March 14 to show that stability had been restored. REUTERS/TVB via Reuters TV.