Analysis: Shocking state of SA's plugs and the things t...

Analysis: Shocking state of SA’s plugs and the things that go in them 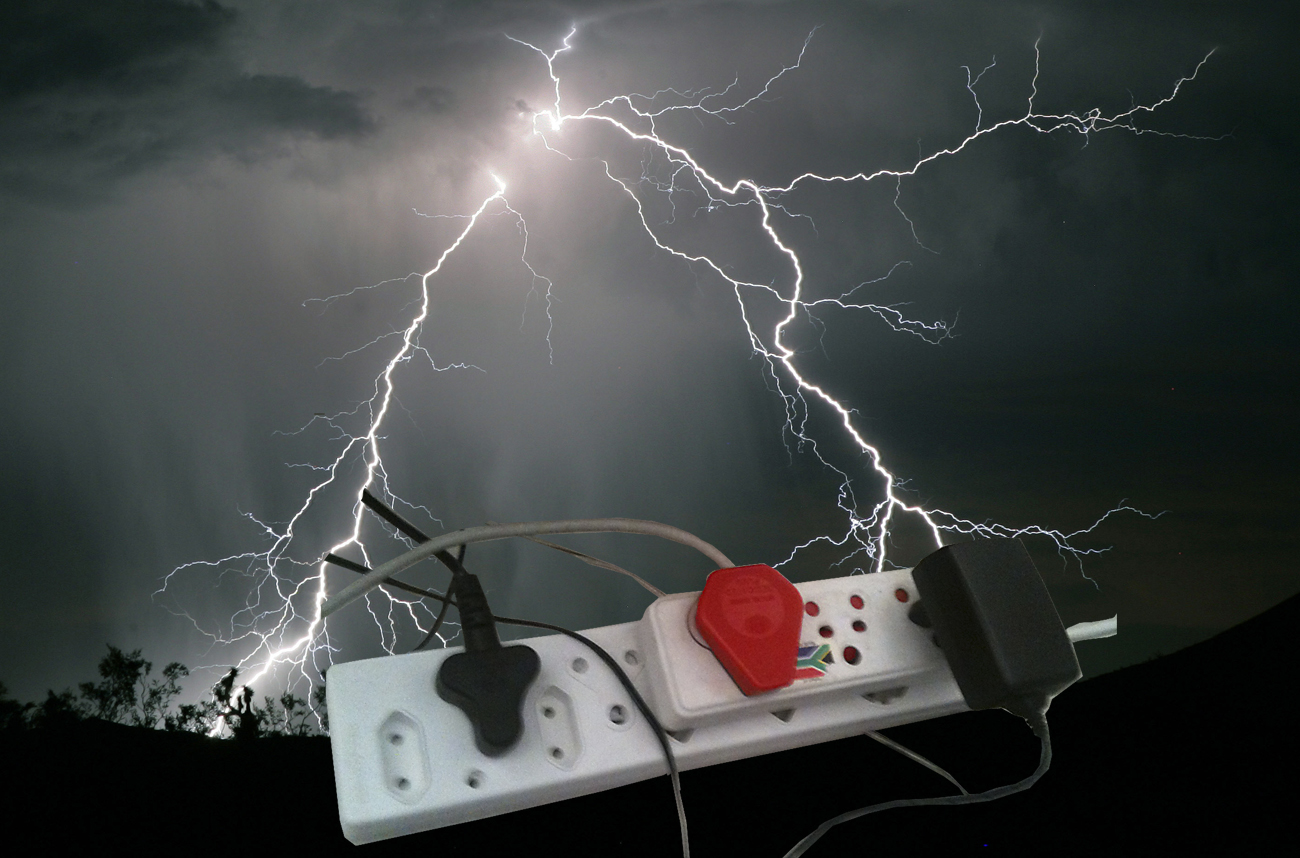 Products that let electric plugs be inserted incorrectly, exposing live parts and the risk of lethal shock, are on sale almost everywhere in South Africa. But, despite its mandate to enforce specifications and ensure public safety, the National Regulator of Compulsory Specifications says it has no grounds to take action. There is clearly something very wrong in Socketland. By CHRIS YELLAND and PETER ADAMS.

Very few homes or businesses have enough electric power sockets in the right places to cope with the array of appliances and devices required for everyday life. So most people use portable socket-outlets and multi-plug adapters of one form or another.

These generally cater for a variety of plugs used in South Africa (as well as for some plugs that are specifically forbidden), and provide various combinations of 16A 3-pin South African-style sockets, 5A 2-pin hexagonal European style sockets, and 5A 2-pin round “Schuko” sockets.

But how safe are all these things we take for granted and use in the home and workplace?

As commonly used electricity distribution devices, these products are regulated and must comply with VC 8008, 2010, the compulsory specification for plugs, socket-outlets and socket-outlet adapters administered by the National Regulator for Compulsory Specifications.

This requires mandatory compliance with the South African National Standard SANS IEC 60884-1, 2006:  Plugs and socket-outlets for household and similar purposes: General requirements; and in particular with Clause 10: Protection against electric shock; which states inter alia that:

“10.1 …Live parts of plugs shall not be accessible when the plug is in partial or complete engagement
with a socket-outlet…”; and

“10.3 …It shall not be possible to make contact between a pin of a plug and a live socket contact of a socket-outlet while any other pin is accessible…”

Products purchased included those imported by Yodata Electronics, Ellies and SGA Trading and, although the manufacturer is not stated on the product or packaging, all of these are manufactured in China, and branded Yodata, Ellies and SGA sElectrix, respectively.

None of the above products displays the SABS mark, although on one of them, the Yodata SMP10WSW 10-way portable socket-outlet/multi-plug adapter, the wording “SABS approved” is printed on the packaging. (It has since been established that Yodata Electronics does not have an SABS Mark Scheme permit for its SMP10WSW product, and as such the display of the wording “SABS approved” on the product and/or its packaging is expressly forbidden and in breach of the SABS Mark Scheme.)

In addition, after Yodata alleged that the locally manufactured Crabtree 2034 5-way portable socket-outlet/multi-plug adapter exhibited the same problems as the Yodata units, a sample of this product, which bears the SABS mark of approval on its plastic moulding, was also purchased for examination.

A cursory inspection and some basic tests on the Yodata, Ellies and SGA sElectrix products purchased, using a standard multi-meter, revealed they were all obviously unsafe and pose a danger of electric shock to children and adults in the home and workplace.

The design and quality of the locally manufactured Crabtree C2034 multi-plug adapter is, however, in a different league. While more compact than the others, its socket shutter mechanism is of different and superior design, making it impossible to insert a plug incorrectly.

A most disturbing aspect, however, is that when approached by EE Publishers, Yodata, Ellies and SGA all claimed to have SABS test reports and/or letters of authority from the NRCS indicating full compliance of their products with the requirements of VC 8008 and SANS IEC 60884-1, including Clause 10: Protection against electric shock.

When asked for comment, the response from Steven Winer, merchandising manager of Yodata Electronics, was: “Please take this matter up with the SABS and NRCS, and not us. We are fully compliant.”

But taking up the matter with the SABS, we were advised the test reports were confidential between SABS and its client, Yodata Electronics, and we should request the test reports from Yodata as the owner.

When raising the matter with the NRCS, the response from its acting head of non-perishable products, Cyril Ndlovu, was that until May 2011, the importer was not required to have a letter of authority from the NRCS for these regulated products, and that a test report from a SANAS-accredited laboratory confirming compliance was all that was necessary.

“Please note that there is no legal ground for NRCS to take action against Yodata at this stage. NRCS is a statutory body and must act within its mandate,” he added.

At this point, having received a threatening letter from Yodata Electronics’ lawyers, to prove non-compliance with VC8008, EE Publishers had no option but to have repeat tests conducted at its own cost by the very same materials and installations laboratory of the SABS National Electrical Test Facility Yodata claimed had previously tested its products.

As expected, the re-tested Yodata sample failed, proving the inherently flawed and unsafe design of the Yodata socket and shutter arrangements. The SABS test report commissioned by EE Publishers has since been submitted to the NRCS.

The NRCS Act, the regulations to the Act and the NRCS website clearly indicate the mandate, duties and obligations of the regulator, namely to serve the public and the industry interest, to ensure public safety and to prevent unfair trade practices, through market surveillance and the statutory enforcement of South African compulsory specifications. The NRCS has wide powers to achieve these.

In this instance, as evidenced from its response to date, the NRCS is failing in its mandate to the country, the industry and public of South Africa. It is the NRCS that should be conducting the necessary market surveillance, and, where necessary, arranging appropriate tests – not EE Publishers!

The fact these products are unsafe and can cause severe injury and even death made little impression on the importer or regulator. They simply turned a blind eye. Does someone have to die before the manufacturer, importer and retailers realise that safety is more than just a piece of paper with which to cover their backsides? Since when is a certificate all that matters? DM

Click here to see the responses by Massmart Holdings, Yodata Electronics, Ellies and SGA Trading, and the editor’s comments.