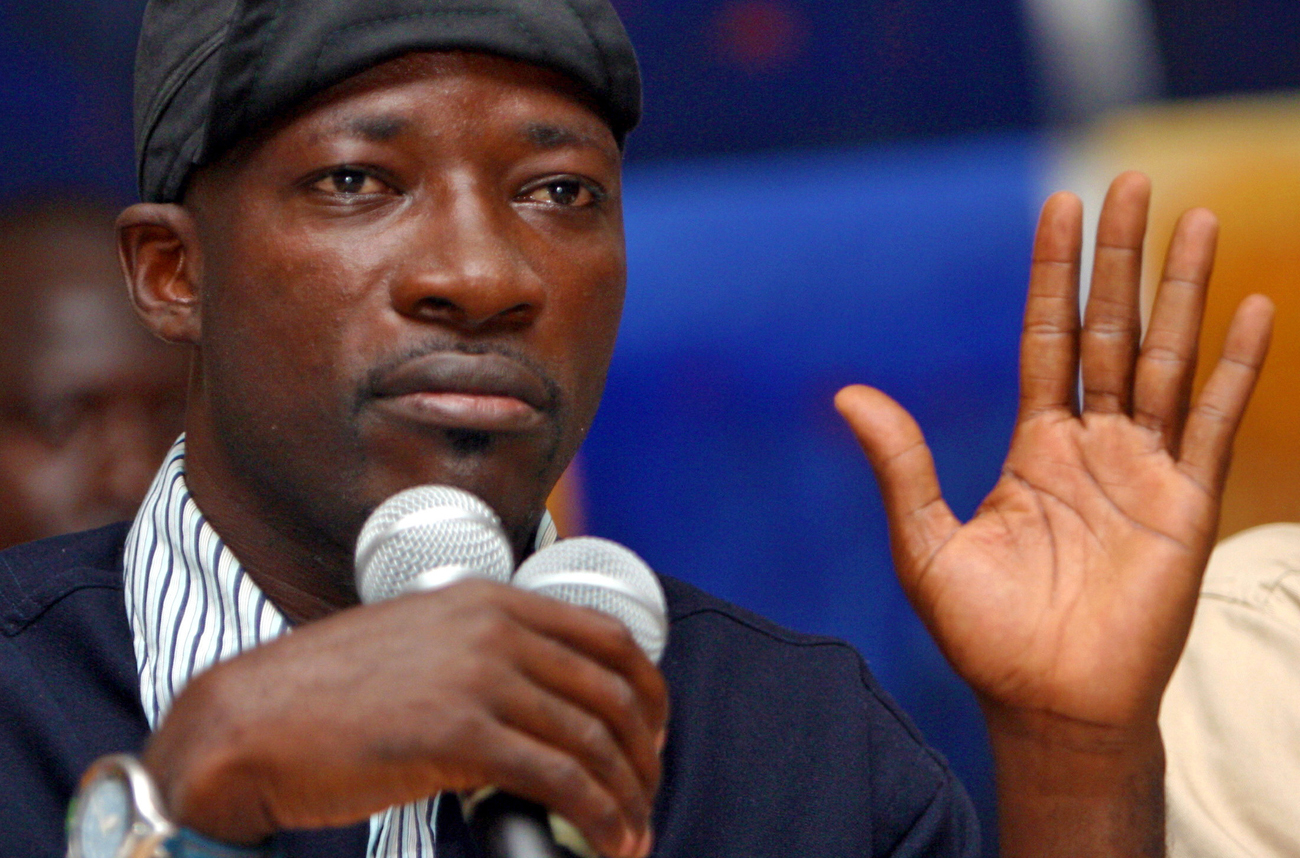 It’s a trite dinner party spiel in certain company to point to Julius Malema and declare that South Africa is going to the dogs. But as Charles Blé Goudé, the “Malema of Côte d'Ivoire” shows, we have it pretty good indeed. Still, the lessons the Ivorian firebrand leader offers are unsettling. By SIPHO HLONGWANE.

Charles Blé Goudé is fatally tied to the politics of Côte d’Ivoire. Thanks perhaps in most part to West African country’s history of civil upheaval and war, Blé Goudé’s worst populist form of politics is welcomed by a population weary of conflict and seeking to find a peaceful and lasting resolution to the political tumult that has not stopped for more than a decade.

In a clip captured by AFP and uploaded on YouTube at the end of December 2010, Blé Goudé called for the forced removal of the supporters of Alassane Ouattara from the Gulf Hotel in Abidjan, where they had been holed up since the 28 November election, which incumbent Laurent Gbagbo lost and subsequently refused to accept the results of. “From the first of January, I will ask the young people of Ivory Coast with their bare hands to invade the Gulf Hotel and to make those with guns leave because we want peace in Ivory Coast,” Blé Goudé said.

On 25 February 2011, Blé Goudé called for the expulsion of all foreigners from Côte d’Ivoire. Associated Press reports that “[Blé Goudé] who backs the president clinging to power in Ivory Coast has called on people to chase out foreigners from their neighbourhoods”.

His threats are chilling, given the 39 year old’s history of violence at the helm of the Alliance of Young Patriots for National Survival. In 2004, after peace talks between the warring factions in Côte d’Ivoire had collapsed, the Young Patriots, lead by Blé Goudé, began a systematic terror campaign against anyone perceived to be foreign. It began, innocuously enough, with the call for the expulsion of all French peacekeeping troops in Côte d’Ivoire. When that demand was inevitably not met, the Young Patriots intensified their recruitment and arming of supporters, which culminated in the attack and eventual evacuation of Western and Middle Eastern civilians from Côte d’Ivoire by the French government.

Blé Goudé is not above blatantly absurd lies either. His charge that “Laurent Gbagbo is a man who has always defended the weak” is belied by the fact that in November 2004, Gbabgo ordered an airstrike on French peacekeeping troops in Bouaké, killing nine. This is not even to mention the hundreds of Ivorian civilians that have been killed by the pro-Gbagbo militias since 28 November.

Violence as a political tool has never been too far from the reach of Blé Goudé. In the late 1990s, when he was studying English at the University of Cocody, he led violent strikes organised by the Student Federation of Côte d’Ivoire. He succeeded Guillaume Soro as the secretary-general of FESCI in 1998. Ironically, Soro would eventually become Ouattara’s right-hand man and prime minister. As the African Union jets its representatives into the country to try to find a peaceful resolution to the crisis, we get the feeling that they were wholly unprepared for mediating a full-blown civil war. Intending to have a quiet chat with Ouattara and Gbagbo, they now find themselves in the midst of a country where political opponents are killing each other, and the shadow of yet another horrifying African war looms large. Characters like Blé Goudé are in no small part responsible for escalating the downward spiral.

What does any of this have to do with Julius Malema, you may wonder.

Blé Goudé and the Young Patriots stand as a stark warning to South Africa, citizens and politicians alike, about what may very well happen if the hoi polloi among the youth continue to face political and economic isolation. South Africa may not be facing civil war, but the masses of unemployed and disregarded youth will not sit quietly by and watch as the economy and opportunities whoosh by.

Young leaders like Malema can be bought with houses in Sandton and companies that win  government tenders and the opprobrium of the unemployed youth can be stalled with grants, but this cannot last forever. With increasingly no other way to make themselves heard save for extremism, they could one day look north and decide that the Blé Goudé model is the one to follow. DM

Main photo: Firebrand youth leader Charles Ble Goude, asks French troop to leave the Ivory Coast during a press conference on November 15, 2004 in Abidjan. [Ble Goude, one of those who went on state television to call anti-French protesters onto the streets, said France should pull out of Ivory Coast. “Do you think that the French army is still credible as a referee? I don’t think it is,” he told a news conference. “France is now one of the belligerents.”]