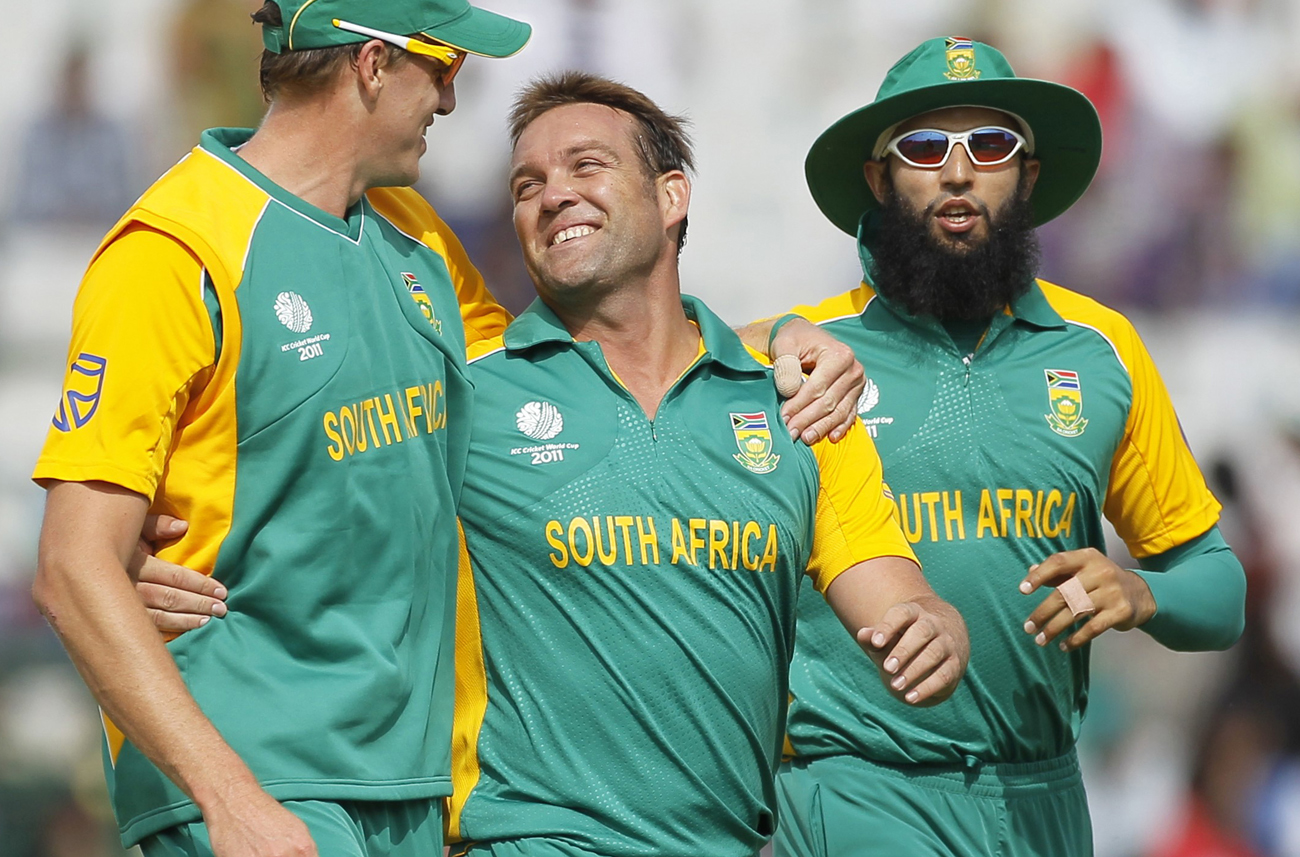 Watching Hashim Amla and AB de Villiers in full flourish you could be forgiven for thinking cricket was actually a game of Hollywood-style special effects in which neither poor pitch nor gallant opponents matter much. By SIMON WILLIAMSON.

Pitches often dictate the shape a match will take, for a time at least, and the first half of South Africa’s innings on a sluggish pitch in Mohali saw even Hashim Amla struggle at first to take control against some disciplined Dutch bowling. It certainly wasn’t easy, but Amla scored yet another 100, as is his wont. On the other hand, and when he’s in form, it takes more than a slow wicket to make AB de Villiers look human – and he showed it that as well.

Inserted after Dutch captain Piet Borren won the toss and elected to bowl, Amla and Graeme Smith took a while to get used to the patchy surface against the accurate Mudassar Mukhari who took the new ball. Smith, in fact, never got used to it and played across one which uprooted his leg stump. Kallis followed soon after, being dismissed by the worst delivery of the World Cup so far, nicking a wide ball down the leg side to the Dutch keeper.

And in came De Villiers, fresh off a 100 against the West Indies, to continue where he left off. There was a 10-over period just after he came in where South Africa didn’t score a boundary, but wilful running – for which we are correctly well-known – saw South Africa move the score from 60/2 to 114/2. The pair then really got going with four boundaries in the next five overs while maintaining a steady flow of singles and twos which took the partnership up above the 100-run mark. From then on, De Villiers’ strike rate never dropped below a run a ball and with both batsmen well set and looking for centuries, the increase in tempo began. A slow pitch and slow bowlers can often stifle batsmen, but though the glut of boundaries we awaited didn’t come, there was hardly an over that went for less than seven runs and Amla achieved his eighth ODI 100 off 127 deliveries. This went on until Ryan ten Doeschate bowled an over for three and the batsmen decided enough was enough. Along came the power play and the arrival of the devastating De Villiers we know and love – you know, that chap who smashes bowlers until they cry.

With 10 overs to go, South Africa were on 215 and the Dutch would have sported reasonable hopes of keeping the Proteas under 300. It was not to be; 16 runs came off the 42nd over and De Villiers clonked three (consecutive) sixes and a four in the next over, and three fours in a row in the next one. Sadly, both men fell within five balls of each other, but the torment for the Netherlands only increased as Duminy came in to thrash 40 off only 15 balls, elevating the Proteas to 351/5 – 136 of those runs coming in the last 10 overs. The Dutch innings began having to deal with the Proteas’ top pace duo of Steyn and Morkel, and they did – with reasonable success early on. Then it was Jacques Kallis into the attack and he took the first two wickets. The spinners took over from there. Tahir, Peterson and Duminy (Botha was inexplicably not playing) hauled in any semblance of a Netherlands run-rate, stifling the batsmen. And when the pressure kicked in, the wickets began to tumble. Quickly.

Zuiderent and Borren were both trapped in front by Robin Peterson and Duminy accounted for Barresi via a stumping from Morné van Wyk (De Villiers went off under precaution after a twinge in his back during his innings). Barresi was the only batsman to post a decent score with 44 off 66 balls (relatively, the next highest was 15).

Steyn, in a short attacking spell, accounted for the dangerman Ten Doeschate and Smith ran out De Grooth with a beautiful piece of fielding. Tahir wrapped up the tail by bowling Bukhari, defeating Loots lbw with a ball that skidded on and last man Westdijk went in similar fashion.

South Africa had avoided a potential banana-skin, by the slight margin of 231 runs. “Slight” as in the highest winning margin in World Cup cricket history.

It was a clean performance – exactly how to deal with minnows. Smith still looks a bit out of sorts, but Amla, De Villiers and Duminy showed what they can do on a slightly tricky wicket. Kallis is obviously too good not to come right with the bat soon and chipped in with two sticks today anyway.

The slow bowlers were impressive once again and it is worth mentioning that this Netherlands batting line up scored 294 against England, who are South Africa’s opponents on Sunday. That’s 174 more than the Dutch racked up against us.

The fixture against England will be the Proteas’ biggest test to date in the World Cup, and it will be great to see Tahir bowling to a decent batting line up. Although England may only have scraped one win so far, they have two scores of more than 300 and one of 296. We already know what we have in Steyn and Morkel, but are our spinners really going to lead our way in this tournament? I would say so, but we’ll only know for sure on Sunday. DM

*de Villiers is South Africa’s usual wicket keeper but due to a back injury was unable to take the field. The gloves were passed to van Wyk.