The Square Kilometre Array, a project The Karoo deserve...

The Square Kilometre Array, a project The Karoo deserves 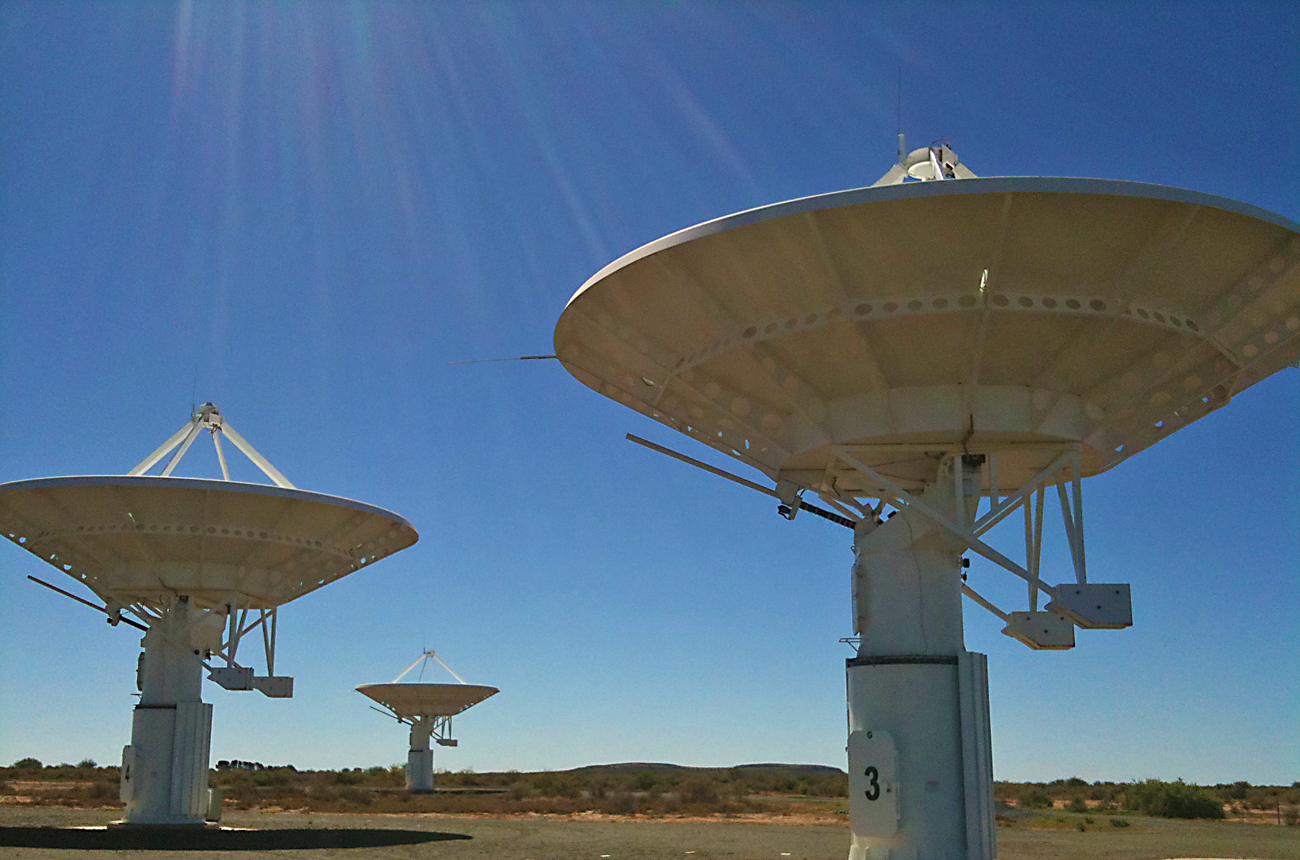 Comparisons between the 2010 World Cup and the Square Kilometre Array project have already begun, and jargon like “The World Cup of Science” will probably stick. Somewhere in the dusty Karoo town of Carnarvon you might even hear a lone vuvuzela. But make no mistake, while the World Cup was glamorous, the SKA project could benefit South Africa in a much more real way. So if you haven’t started getting excited about it yet, ALEX ELISEEV suggests you do.

The SKA project is so cool it doesn’t even need a clever introduction. Once completed, it’ll be a cluster of 3,000 or more radio telescopes listening to the infinite universe and seeking answers to some of the most fundamental questions about its origin and evolution. It will look back in time, transforming radio waves into images of what stars and distant galaxies looked like hundreds of millions of years ago.

It could turn some religious beliefs on their head as it creeps closer and closer to that incomprehensible moment when it all began. It will advance humanity and our understanding of the cosmos with all its beautiful black holes and mysterious dark matter.

It will create employment, may see universities built and – as we saw last week – will benefit nearby schools which will get new science and computer laboratories. It will boost education and, if minister of science and technology, Naledi Pandor, is to be believed, could even turn the desolate Northern Cape into the “technology province” of South Africa.

And the beauty is, we won’t even have to hand our country over to Sepp Blatter and his evil empire. And no need for Shell to frack up the Karoo.

So whether you comprehend string theory, or are just excited in a “that’s pretty cool” kind of way, the SKA project will be a major asset to whichever country gets it. At the moment, it’s between us and Australia, with a decision expected early next year.

The SKA telescopes will cost an estimated €1.5 billion to build and will require around €150 million to run each year. It is a major cash injection into the country, and a project which will require an array of local skills. Much like the Large Hadron Collider in Switzerland, it will be managed by a consortium of at least 16 countries, with all their big brains ready to analyse the data harvested. To show the world that it can host the project, South Africa’s bid team is overseeing the construction of the MeerKAT, which is basically an opening act ahead of the scientific superstar concert. The MeerKAT (or KAT-7) will, once completed, have about 60 telescopes and will work on the same principles as the SKA. Seven dishes have already been built and captured their first “image” last year. And in case you fear that the whole thing is a “Gupta family special” and that the dishes will become rusty rain collectors, consider that hundreds of international astronomers have already applied to use the MeerKAT once its completed.

I visited the site for the first time last week – making the eight-hour trek from Cape Town. It felt like those dusty, empty colonial outposts that JM Coetzee writes about – where time slows down and stretches like an invisible elastic. A desolate place in the middle of the vast Karoo, where no cellphone signal exists and the only sound is the soft hum of the telescope energy boxes. In fact, the site was chosen because it is so devoid of radio and cellular phone signals that would interfere if ET gives us a call.

It is a place where sheep wander and rest in the shade of the 15m tall dishes. Where scorpions scurry across the hot earth. Where the daytime sky burns blue and wraps itself around you, while the night time sky is a canvas of the brightest stars you’ve ever seen.

The nearby town of Carnarvon is a time warp to a world where a pound of wool fetched a Pound. With its wide streets, single furniture store and church bells which ring through the night, it is a strange and forgotten place, haunted by the ghosts of the bushmen who were driven away by the farmers.

Watch: MeerKAT dance to the tune of X-files. (Alex Eliseev)

It’s one-and-only watering hole is the Blikkies Pub & Grill. It’s been owned by the same family for more the 100 years and claims to have one of the world’s largest collections of empty beer cans (something like 7,000 different brands). The cans, from every corner of the globe, line the shelves below the ceiling, and run along almost every wall. An old dog stretches out on the floor, the locals play Scrabble over the bar counter and the opening menu of “Friends” is frozen on the television screen. There’s an old sleeping jukebox and a modern one which comes to life and fills the room with the latest Rihanna hits.

Speak to the patrons and they complain about the youth fleeing to bigger cities, about young girls falling pregnant, poverty, Aids, about deliveries of Tabard taking forever – small-town issues one hears about so often.

And yet the Carnarvon High School now has a computer lab worth almost a R1 million and faster Internet than we have in Johannesburg. It’s claim to fame? It’s one of the closest towns to the proposed core site of the SKA. It has also given out hundreds of university bursaries to students wishing to study astronomy and engineering. It’s not nearly enough, but it’s a start.

The SKA is not likely to bring waves of tourists into South Africa, have its own song or see little plastic telescopes (in the colours of the flag) planted on car bonnets (copyright pending). But it is an incredible part of mankind’s journey to understand our place in the universe.

Listening to the science behind it can be daunting – but not impossible to digest. And looking out across the valley where thousands of dishes could, one day, stand like a field of metal flowers, it’s impossible for the imagination not to run wild.
The only question is, is there enough “geek” in all of us to make this bigger than just “the World Cup of Science”. DM

Photos and video by Alex Eliseev.