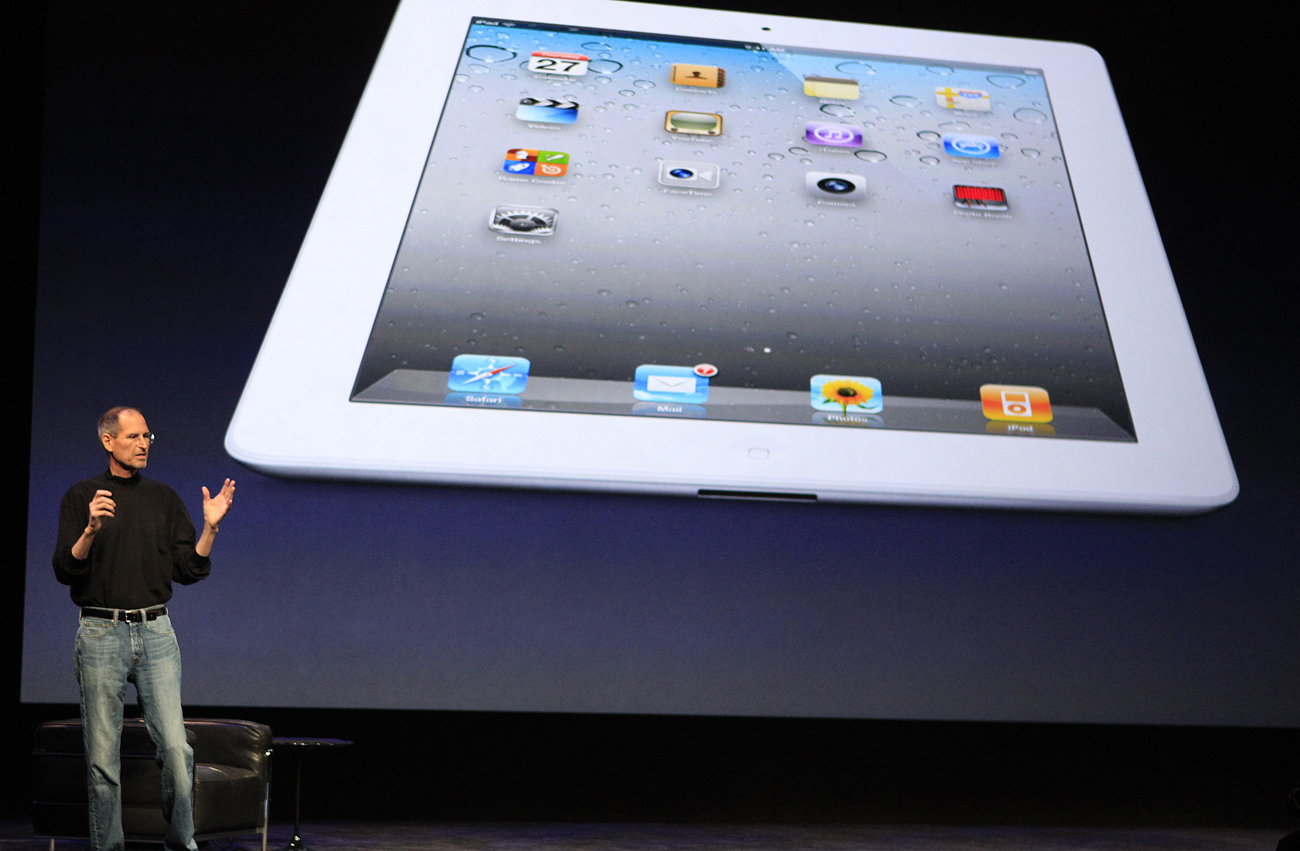 On Wednesday, Apple unveiled the next generation iPad, which is lighter, thinner and faster - and has two cameras. Great, but nothing unexpected. That didn’t stop a media whirl, especially as Steve Jobs himself unveiled the new tablet. By SIPHO HLONGWANE.

Nothing about the new iPad caught anyone by surprise, probably because there were so many predictions in the first place. The new iPad has an upgraded processor, upgraded geo-location software and an upgraded operating system. It is available in black and white (no Jimmy Manyi jokes, please) and has a front and back camera.  The iPad 2 is 4.4mm thinner than its predecessor and is 80g lighter. Executive summary: It is a better tablet computer that costs roughly the same as the old one.

So what is the fuss? Ask Motorola, Samsung, Research in Motion and all the other Apple competitors who launched tablet devices of their own after Apple released the original iPad in April last year. The iPad is literally what revived the dead-tablet market. And it is still far better than any of its competitors.

Market analysts were happy. The iPad 2 may have been lacking in “wow factor”, but it nonetheless leaves devices like the Samsung Galaxy Tab and the Motorola Xoom in a cloud of tablet dust. Analysts hailed the iPad 2 as an important evolutionary step in the device’s history, with some saying their projections of Apple’s hold on the tablet market may have been “conservative”. Apple’s shares will continue to tick along very nicely, thank you very much.

Apple CEO Steve Jobs, who took medical leave in January, unexpectedly came on stage at the iPad 2 unveiling to repeatedly drive home the point about iPad competitors. Jobs may be the master salesman, but he is also a master pot-shot taker. “We sold almost 15 million iPads in 2010. And remember that’s just nine months. That’s April through September,” he said. “That’s more than every tablet PC ever sold. The tablet PC crashed and burned. The modern tablet PC is the iPad.

“Our competitors are just flummoxed,” Jobs said, and delivered the crushing blow by declaring if 2010 had been the year of the iPad, then 2011 would be the year of the copycats. The Samsung Galaxy Tab, the iPad’s closest competitor, sold 1 million devices between its launch in September and December 2010.

Apple would do well to take a break from its “we’re better than anyone else” moment to consider carefully what Wall Street was most encouraged by in the launch event. Yes, the iPad 2 will continue and most likely improve iPad’s market share. Yes, it’s a better device. But it was Steve Jobs himself they were most concerned by. Analyst Mike Abramsky of RBC Capital Markets said Jobs’ appearance at the launch was “a welcome surprise”. Peter Misk of Jeffries said, “Steve Jobs presented and looked good, allaying some of the recent dire health concerns.”

Clearly Wall Street fears there is no Apple without Jobs. Is it time for the company to start building its brand outside of its iconic CEO, whose every sneeze sends Apple shares into the red? Perhaps so. If they can find someone. DM

Photo: Apple Inc. CEO Steve Jobs introduces the iPad 2 on stage during an Apple event in San Francisco, California March 2, 2011. Jobs took the stage to a standing ovation on Wednesday, returning to the spotlight after a brief medical absence to unveil the second version of the iPad. REUTERS/Beck Diefenbach.