Analysis: With Gaddafi out of the Human Rights Council,...

Analysis: With Gaddafi out of the Human Rights Council, a travesty is finally corrected 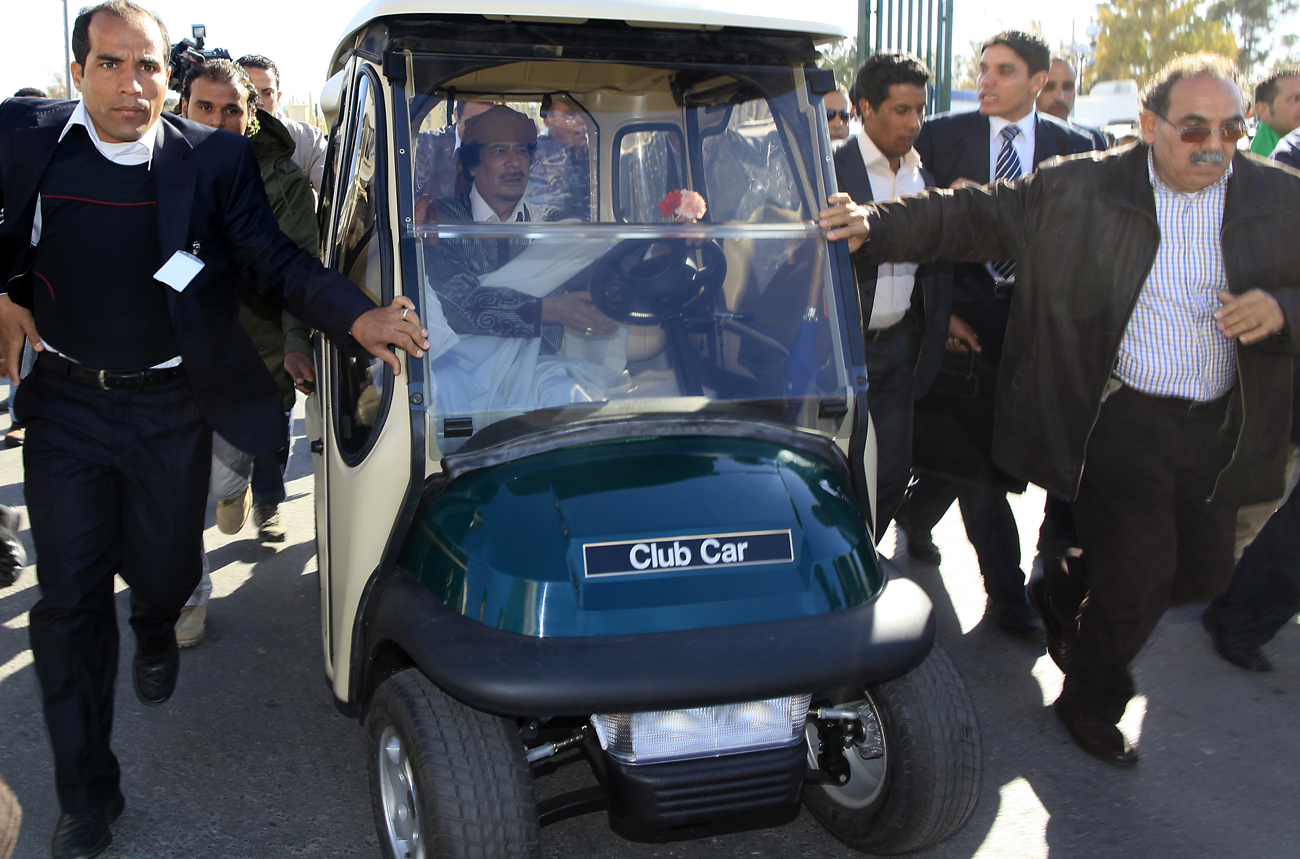 Late on Tuesday, the UN General Assembly voted to suspend Libya from its membership in the UN's Human Rights Council, highlighting growing efforts to press Muammar Gaddafi's increasingly beleaguered regime to halt its crackdown on Libyans trying to oust him. Not a moment too soon. By BROOKS SPECTOR.

The UN’s 192-member body voted via consensus on a Human Rights Council recommendation on Friday to suspend Libyan membership because of  “gross and systematic violations of human rights”.  The resolution, sponsored by a collection of Arab and African states, added “deep concern” about the human rights situation in Libya. This vote does not permanently bar Libya from the UN body, but it would now require the general assembly to reassess and vote to allow Libya to participate again, at a later time, when the situation changes – otherwise known as “the period after Gaddafi” – when he goes into exile or carries out his earlier televised threat to expend his very last drop of blood to stay in power.

Libya’s suspension represents the first time a nation has been suspended from the 47-member Geneva-based body since its establishment five years earlier. The HRC is supposed to promote and protect human rights worldwide on behalf of the UN.  This suspension comes after both the UN Security Council collectively and the US individually imposed sanctions on Muammar Gaddafi, his family and a number of his top associates. In addition, the Arab League, the African Union and the Organisation of Islamic Conferences have now all condemned the Libyan military’s attacks on the country’s civilians in pursuit of keeping Gaddafi in power.

However, the UN did not agree to establish a no-fly zone over Libya. The Russians – one of five veto holding-Security Council members – rejected a no-fly zone. In Geneva, Russian foreign minister Sergey Lavrov said a no-fly zone would be “superfluous”, insisting instead that the international community focus on Security Council sanctions. Meanwhile, however, UK foreign minister William Hague said Britain and its allies might well seek to set up a no-fly regimen over Libya anyway, without a UN mandate. A no-fly zone would mean Libyan military forces would be precluded from using air support in attempts to quell the growing revolt against the Gaddafi regime.

Increasingly too, western nations are beginning to uncover and then freeze any transactions of the Gaddafi regime’s financial assets. On Friday night, for example, US President Barack Obama issued an executive order freezing any American-held assets of Colonel Gaddafi, his children and his family, as well as senior members of the Libyan government. Obama had apparently delayed such announcements until all Americans who had been in Libya and who had wished to leave had actually left – including American diplomats stationed there. The US had only recently resumed diplomatic relations with Libya in 2008, after years of calling it an outlaw regime that supported terrorism.

Now, most recently, Canada has announced that it, too, has frozen $2.4 billion in assets. The Canadian government added it was dispatching a naval vessel in the direction of the Libyan coast – contributing to a growing international military build-up in the region. (Will Tom Cruise’s naval fighter pilot, “Maverick” and his cinematic friends be next to join the armada?)

At a Human Rights Council meeting last week, Libyan diplomats assigned to UN offices in Geneva received a standing ovation from other delegates after they announced they were renouncing Gaddafi’s government.  Libyan diplomats at the UN in New York have also joined the chorus of criticism against their government.  Libya’s deputy UN ambassador Ibrahim Dabbashi announced that Gaddafi had been trying to replace ambassador Mohamed Shalgham and himself, following their public calls for an end to the Gaddafi regime. While they clearly have the sympathy vote, international legal experts say the two diplomats’ continued status at the UN may be complicated because the Libyan government remains accredited with the world body – this means the sitting government retains the right to appoint its own representatives to the UN, regardless of its odiousness quotient.

Concurrently, the US state department is carefully parsing a Libyan government  letter that replaces its ambassador to the US, Ali Aujali, with a Gaddafi loyalist. American officials say that until their review is finished, the Obama administration will recognise Aujali, who has thrown in his lot with Gaddafi’s opponents. Readers get to guess how long that review will take.

As part of a growing level of international pressure on the Gaddafi regime, the UN’s security council has now added an arms embargo against Libya, a travel ban and an assets freeze on Gaddafi, his family and top associates. And it has also agreed to refer Libyan actions to the International Criminal Court at The Hague – the permanent war crimes tribunal – to investigate and prosecute possible crimes against humanity. One goal of this would be to “to encourage the remaining supporters of Gaddafi to peel off,” according to Robert Malley, the Middle East and North Africa programme director at the International Crisis Group. Malley adds that “if you want to accelerate his demise, you send the message that those who do not participate in the violence might not be prosecuted for their association with the regime.” Of course, one gets to wonder how the Americans felt about that vote since they have yet to join the ICC.

Commenting on this growing flurry of activity, UN Secretary General Ban Ki Moon told his organisation these collective actions demonstrate “there is no impunity, that those who commit crimes against humanity will be punished”. And American secretary of state Clinton added “The General Assembly today has made it clear that governments that turn their guns on their own people have no place on the Human Rights Council. The international community is speaking with one voice and our message is unmistakable: These violations of universal rights are unacceptable and will not be tolerated.”  Strong words to be sure, but it will still be those stubborn, difficult facts on the ground that will determine the next – and hopefully final – chapter for the Gaddafi regime.

Peggy Hicks, global advocacy director for the international NGO, Human Rights Watch, says the UN’s actions now make one wonder how Libya got to be elected to the HRC in the first place. “It’s time for the General Assembly to take seriously the standards it set for membership on the Human Rights Council, and apply them to countries seeking to join the body in the future,” Hicks explained. Good words to be sure, but Libya was one of seven countries accused of human rights violations that had been elected to their three-year HRC seats last year on uncontested regional slates. At the UN itself, Gaddafi is still being defended by the Venezuelan representative who said that country’s President Hugo Chavez, would not forsake its good and true friend. You simply can’t have too many friends. DM

Photo: Libyan leader Muammar Gaddafi drives his personal cart in Tripoli after making a speech which he sought to defuse tensions after more than 10 days of anti-government protests in Libya, March 2, 2011. Gaddafi, orchestrating a populist response to rebels threatening his rule, blamed al Qaeda on Wednesday for creating turmoil and told applauding supporters there was a conspiracy to control Libya and its oil. REUTERS/Ahmed Jadallah.