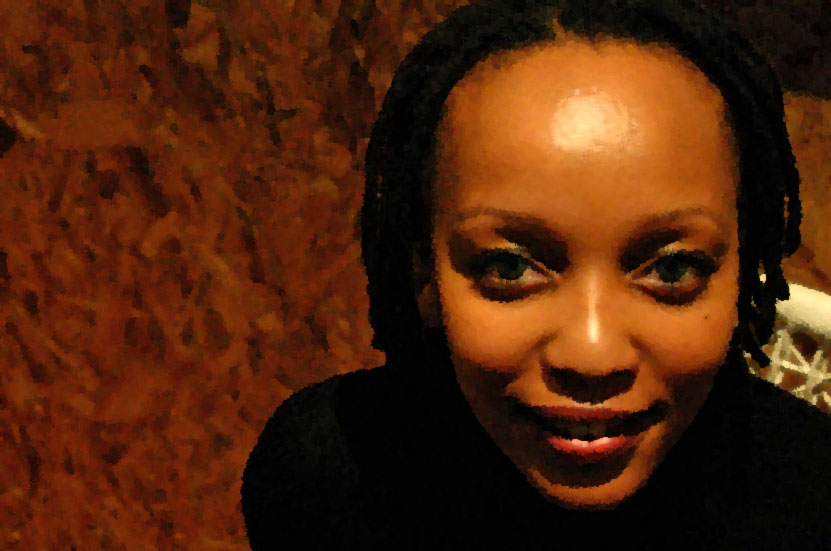 As the host of SAfm’s “Literature on Sundays”, Karabo Kgoleng comes across a wide variety of books and authors. It gives her a unique perspective into South Africa’s literature and the industry that supports it. Or rather, squeezes it.

“The actual way the value chain is set up in trade publishing in South Africa is very limited, very narrow and very small,” she said. “Publishers don’t know how to sell. They don’t want to spend money on marketing. Also, the distribution chain is owned by one or two distributors in the whole country. So if your publisher wants to get your book on the shelf at Exclusive Books, they have to order and use the single distributor. It’s like a cartel.”

Kgoleng has had a front-row seat to the publishing industry. Prior to joining SAfm, she worked for local publisher Jacana Media. Publishers’ lack of funds impacts on how books are edited and marketed, she says, and that obviously impacts on sales as well. Book shops, located as they are in the bustling malls which don’t allow for the slower type of browsing so crucial to book-buying, are also not set up to the writers’ advantage. “Bookshops will buy according to what they think will move off the shelves,” Kgoleng says. “And you have nine months on the shelf. If it doesn’t sell within [that period], the book seller will return it to the publisher. So the publisher doesn’t get money from the book seller, they get shelf space.”

After dropping out of a science degree at Wits “when the funds ran out” 10 years ago, Kgoleng was hired by a community radio station. After the stint with Jacana, she moved to SAfm in 2007, before expanding her repertoire to include “Afternoon Talk” in August 2008.

As SAfm’s voice of literature, Kgoleng finds she is engaging with a very select audience, at least in comparison to other countries. Authors tend to sell books only to those who can afford them because “books are still a luxury in South Africa. They are competing with peoples’ basic needs.”

Against this backdrop, the idea of a local book that sells a couple of thousand copies and is branded a “best-seller” is less absurd than it is tragic. Kgoleng says, “The notion of a best-seller is a bit of a funny one, because the way that the word ‘best-seller’ works is that if you print 50 copies of your book and you sell all of them, your book is a best-seller.”

The job of critiquing literature is made complicated by the medium. On radio, writing a review and reading it out on-air doesn’t work. “That’s the difference with radio,” Kgoleng says. “It’s driven by talk and interviews. When you’re in print, you can read the book, analyse it without having the author present. Already you’re engaging with the personality – so the format changes the way information come across.

“The disadvantage is that other people don’t get a chance to read the book and engage with it at a later stage, because the book comes out and you interview the author and that’s usually when the book [starts to] sell, so I have to be careful about not ‘PR-ing’ the book, but also not killing it so they sell nothing,” she says.

How does she deal with a really bad book when sitting in the same room with its author? Not making the questions first-person is Kgoleng’s strategy. “So I’ll say, ‘Look here. This is the issue. What kind of relationship do you have with your editor? They way that you treat this way – can you explain why?’ I give advice as well. I do that off air, so I’m not killing them in front of everyone. I also do it off air because the reader wants to hear the story; they don’t want to get involved in how the story was produced.”

Kgoleng, who reads up to 12 sizable books a month as part of her job, says South Africa does have very good young writers. “There are brilliant young writers,” she says. “Like Kate White. I thought her story ‘Emily Green and Me’ was brilliant. It was inspired and it has universal appeal. The whole notion of, ‘If I give you my heart, a part of me tries to live through you to try to achieve closure that I didn’t get in my own life’. She’s written it well, the imagery is right and she’s put in the social and the political backdrop. You get young writers who are able to do that.

“Niq Mhlongo must write some more books already, I’m getting tired of waiting. Kgebetli Moele knows how to treat subject matter. He wrote ‘The Book of the Dead’. On the nonfiction side, Jacob Dlamini is a brilliant writer,” she says.

The industry is not structured in a way to help artists, says Kgoleng, which leads to a drop in quality as writers struggle to balance their art with the pressures of putting food on the table. “Our writers have to read as well, and they need to find the space and time,” she says. “That’s why we need patrons. We need to have rich people who have money to look after our writers. That’s how it has been throughout history. There was patronage from the rich, the moneyed and the powerful.

“These people need time, they need money and they need to be put in a room to write, and they need to be given their wine to drink and given the experiences [necessary for their writing]. Unfortunately, they don’t and that’s what compromises the quality of the writing that’s coming out. The potential is there.

“If Michelangelo had been put under pressure to paint the Sistine Chapel under deadline within six months, it wouldn’t look the way it looks today,” Kgoleng says.

The great South African novel of our times can be written, Kgoleng believes, if we would only give writers the support they need to churn out books. “We need to look after our writers, give them time to write and then they’ll write lots and lots, and from that the great South African novel will come,” she says. “Look at India and Nigeria. For every brilliant book that comes out of there, there are probably thousands of really crappy ones.

“On the other hand some people say you should write on an empty stomach. But that comes with many other things that can destroy a writer’s spirit,” she says.

Speaking of the future of South African books, Kgoleng says it is time for our books to move on. “I do feel writers feel their books need to be relevant to the ‘now’,” she says. “If you’re already giving yourself criteria before you even start, how are you going to write the book? I’d like to reach a point where writers don’t feel like they’re the custodians of ‘this’ [moment in South Africa’s history], and therefore need to write in a certain way. They don’t get to be brash, provocative and lyrical because you’re trying to represent where society is supposed to go. That’s not your duty as a writer.”

But we are moving in the right direction, Kgoleng feels. “I’d like to reach a point where we are post-post-apartheid,” she says. “What I find refreshing is that we are trying to find new stories that are not weighed down by the narrative of the past.” DM