Getting along: South Africa's real miracle

Getting along: South Africa’s real miracle 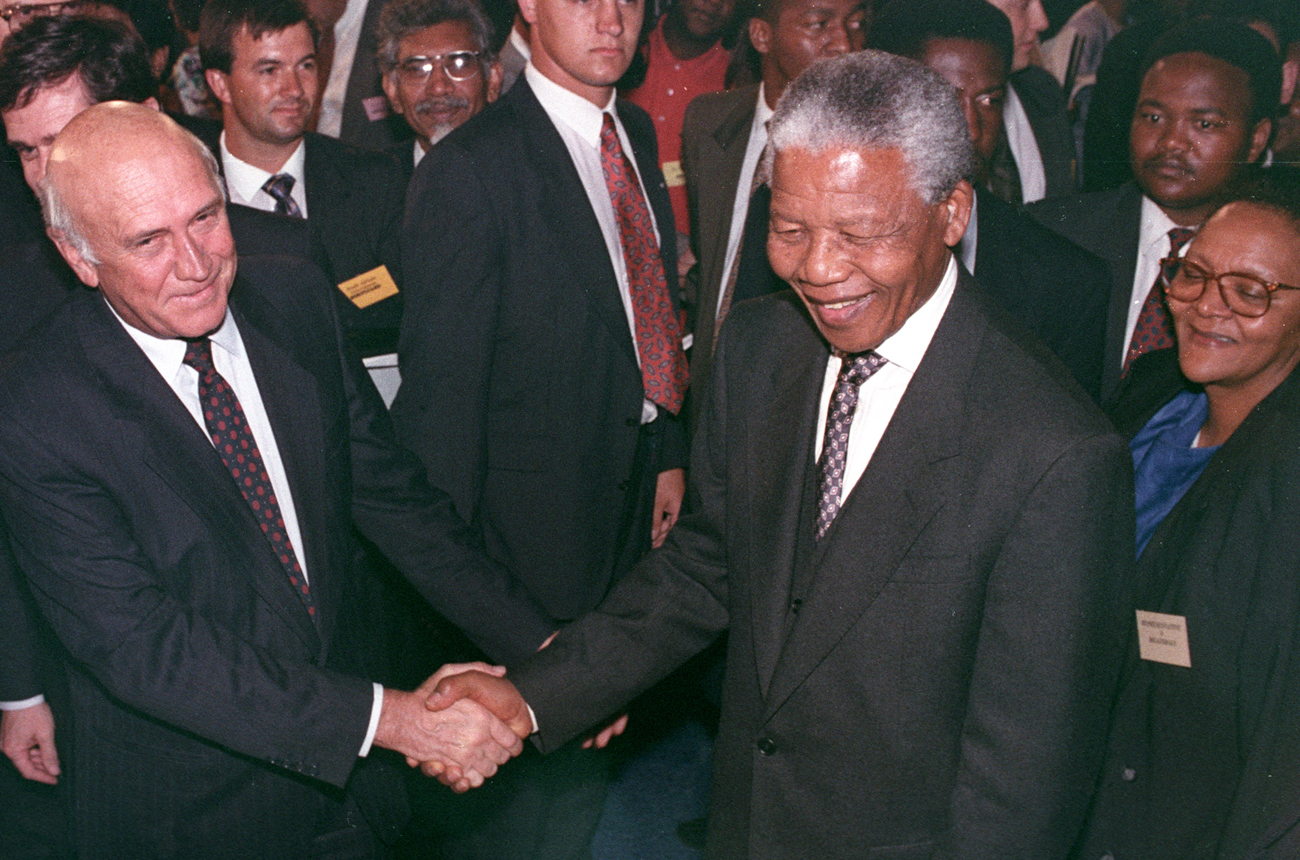 Kuli Roberts had to pick away at that scab of social divisiveness that reminds us what a horribly bigoted lot we are. Mind you, if it wasn’t Kuli it would have been Manyi, Malema, Botes or one the Reitz Four. Author Andrew Miller says despite our best liberal intentions, we should wake up from marketing-induced myopia to realise the truth. We’ve only just stopped killing each other. By MANDY DE WAAL.

“Our past haunts us,” says writer Andrew Miller. “We started fighting pretty much when Batholomew Diaz killed his first Khoikhoi in a clash over water and we haven’t stopped,” says the author of “Hintsa’s Ghost” and “Getting Up, Thoughts on Falling”.

Miller says our identity is rooted in 300 years of conflict and we shouldn’t be surprised that we’re not all holding hands, singing Kumbaya and living the rainbow nation dream. “We have a huge range of very troubling South Africa-specific social paradigms at play which manifest in strange behaviour at every level. This ranges from the domestic worker paradigm, to the agony of being a mine labourer, to the torture of having to ensure freedom of speech for the likes of Steve Hofmeyr. My feeling is that while we’ve adopted the neo-liberal dictionary, the reality is we’re all still very fresh from the oppressor or oppressed state of things and none among us has much experience of how to actually live in a democracy.”

What this means is that we have a world-class Constitution that safeguards equality, human dignity and freedom, and for the most part we know the lexicon, but have yet to integrate the meaning of this into our everyday lives. “”We’ve learned to say all the right words,” says Miller “but it’s going to take many decades to learn to implement what they actually mean.” Miller says that if we look at our immediate history one gets a sense of the different periods we’ve come through since the advent of democracy. Each of these periods mirrors a presidential era wrapped in an advertising promise that was never quite delivered.

The Mandela era sold South Africans the story of a “Rainbow Nation”. “It was a positive portent to latch onto, an antidote to the very real possibility of complete collapse. Once the transition happened, of course, it became apparent that the Rainbow Nation had all the traction of a hamburger ad, and that all the realities that could potentially have led to collapse were still in play, and would need to be dealt with.” These realities were, and still are, poverty, unemployment, crime, greed, corruption and the unchecked self-interest of the political elite.

The Mbeki era took the manufactured positivism generated by the Mandela period, gave it an African spin and had us all believe that we were “Alive With Possibility”.

“Like all good ad campaigns it tapped into a nugget of truth: The need for national growth and development. It was hopelessly ambitious though – the thin veneer of the Truth and Reconciliation Commission had cracked by this time and instead of looking forward we were forced to keep on looking back to deal with the chaos of the past, which created the chaos of the present.”

Another myth blinding us to the reality of who and what we are was, of course, that “I Am an African” speech. Our own Martin Luther King moment arrived when Mbeki said: “I am an African! I owe by being to the hills and the valleys, the mountains and the glades, the rivers, the deserts, the trees, the flowers, the seas and the ever-changing seasons that define the face of our native land…“

Martin Luther King’s “I have a dream” speech stood the test of time because it contains perennial truths. For the most part Mbeki’s speech was hopelessly romantic and rested on wishful thinking. The speech would have us all believe that we shared the pain of people in Liberia, Somalia, the Sudan, Burundi and Algeria. Its sentimental beauty quickly fell to pieces when the marginalised and impoverished had to do battle for jobs and other scarce resources with Nigerians, Mozambicans and Zimbabweans. The xenophobic attacks of 2008 showed this country had little, if any appreciation for the pain of immigrants who were viewed in this country as “kwerekwere” or unwanted foreigners.

On the black/white divide Miller says a notion that currently intrigues him is the thought that whites are tourists on this continent until such time as they learn to speak an African language. “It’s a notion that provokes near hysteria in white South Africans, which to me is indicative of a soft ideological underbelly, rooted in the failure to properly engage with the idea of a social contract.”

Miller says it would be interesting to actively explore these weak spots by asking probing questions about our roles in society to get a deeper understanding of who and what we are, and the meaning of what it is to be African beyond the veneer of a label that’s tossed around to make us feel better about ourselves.

When you ask Miller for a more qualified statement about who we are, he answers like the spoken word poet he is. “We’re like a six month old street cat – full of potential, full of fear, ready to leap on any and all opportunities for self advancement, inherently neurotic and dangerous in a fight.”

In Miller’s world the hope is not in who we are, but what we could become. Not the manufactured construct of an advertising dream, but the cultural mash-up that emerges from reality not some propagandist’s fantasy. “Within the mess there are glittering, fascinating spots of emerging identity. Hints at the potential we have. Youth culture offers a lot in this regard. The hip hop scene, the kwaito scene, the Zef scene. There’s some fascinating, unique stuff going on, if you know where to look.”

And if you know where to look beyond marketing myths and the lies that people have been selling us to lull us into thinking everything’s just fine, you’ll hear someone like Jack Parow sing:

This can be loosely translated as:

“Some days I feel as if I am dying of hunger

I am broken within like my toys when I was little

If I walked away today all I have would fit in a small case.”

In many ways we’re broken and wounded and ignoring what will not go away. We’re the by-product of brutal bloodshed, but denying this won’t erase the past. The real South African miracle we need to marvel at is how well we along with each other despite all this. DM