The cult of Sachin: A tale of a cricket fan and a secre...

The cult of Sachin: A tale of a cricket fan and a secret TV in Jaipur 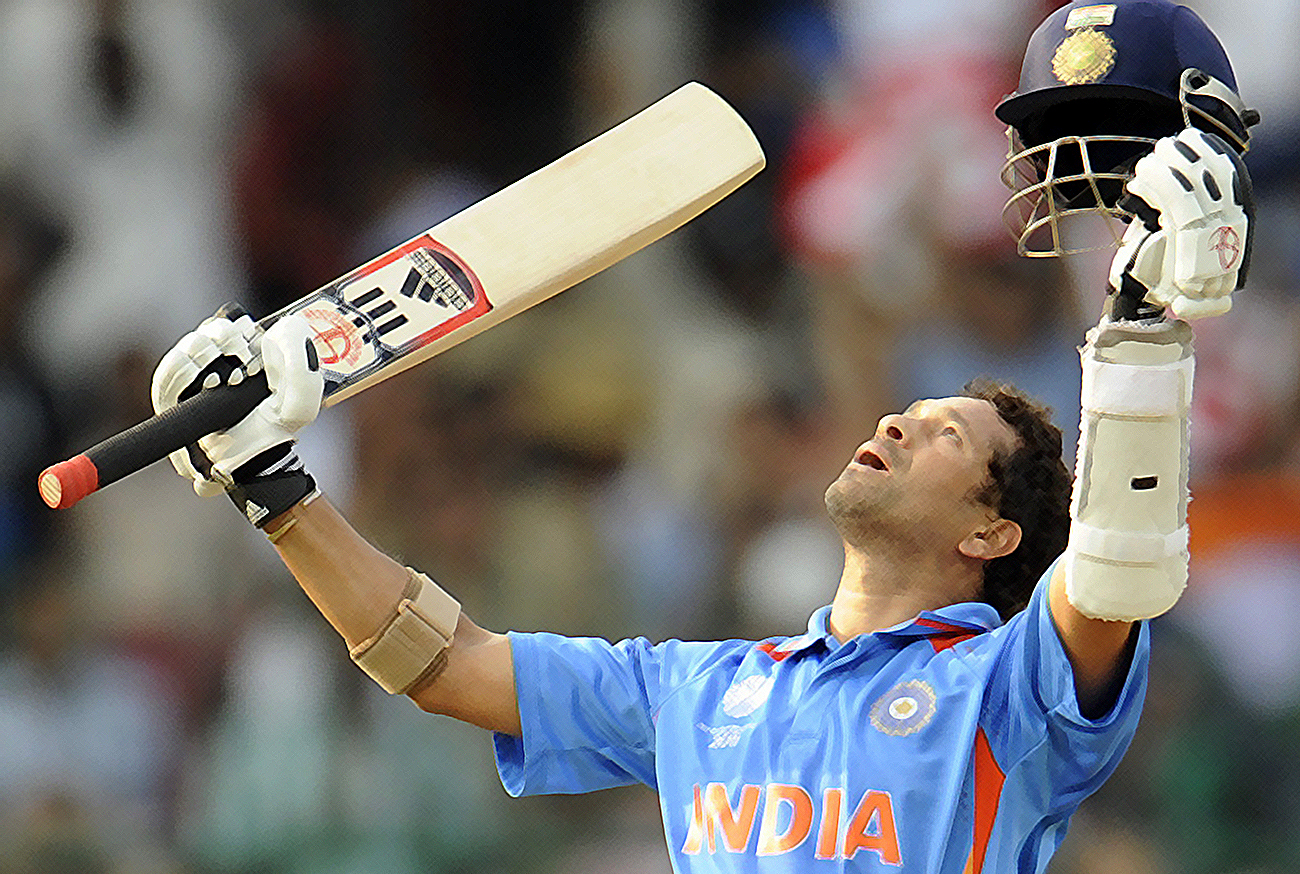 To be in India when Sachin Tendulkar scores a century, especially a century against England in possibly his last appearance in a World Cup, is to witness devotion on a scale that’s completely alien to the West. Why does the Little Master inspire such nationwide worship? There are many theories, but here’s one anecdote from a hotel room in Jaipur. By KEVIN BLOOM.

The manager of the Diggi Palace Hotel in Jaipur, a smart and efficient (and hilariously deadpan) man by the name of Wilson, is, like most Indians, a cricket fan. He can talk batting averages and old match stats while cautioning against the side effects of bhang lassi; he can eloquently lament the fate of Mohammed Azharhuddin while enumerating the best eateries in the city for naan and mutton dhal. Wilson has a dilemma, though, and after you’ve known him for a bit you can tell he feels it keenly – given that he prides himself on working 16-hour days, and given that a marathon Hindu wedding was drawing to a close in his establishment just as India were taking the crease against England, his tragedy is that he can’t be in two places at once. He has to choose, as do so many of his countrymen, between his job and his first love.

Still, there’s one thing Wilson does allow himself, one small and delicious pleasure in his sea of self-imposed privation: he will drop whatever he’s doing to watch Sachin score a century. He told me about this “bad habit” of his on the day we checked in, and as an excuse he explained that trains all over India used to run late whenever the Little Master was up in the 90s and a TV was on in the station. On the day we checked out, Sunday 27 February, I got to witness Wilson’s addiction first-hand.

“Sachin’s on 96,” he beamed at me, as we sat down at his desk and took out our credit cards. I expressed my sincere congratulations, and said how sad it was that there wasn’t a public television in the restaurant. He couldn’t help himself. “Shh,” he said, with a finger to his lips. “We have a secret TV in the room behind the courtyard.”

And so it was that we found ourselves in a dark room with Wilson and a select group of his equally fanatical deputy managers watching Sachin Tendulkar edge toward his 98th international century. At most, it was five minutes of TV-time; the ton came quickly off Tendulkar’s eighth four, a shot to fine leg deflected off the hip. We clapped – not too raucously – and then stared in silent awe as the batsman who would surely be remembered as the greatest of all time looked up at the heavens. “He’s thanking his father,” said Wilson, before speaking rapidly in Hindi, which was obviously the sign for all staff (and us) to leave. Wilson was palpably happy, he’d had his fix; it was now time to get back to work.

Of course yesterday, while we were sneaking peaks at an illicit screen, the Indian press was stating it as plainly as they usually do. “’God can wait, we have Sachin’,” the Deccan Herald proclaimed, adding: “‘Until I see God, I will settle with Sachin Tendulkar,’ was what six ardent worshippers of one of India’s greatest sporting legends had on their black T-shirts as they made their way through the gates of Chinnaswamy stadium here on Sunday.”

But this morning, while we were at 30,000 feet, DNA India commented on the darker side of this cult-like phenomenon – the thousands of fans “treated to a raw deal” outside the stadium: “They had bought valid tickets – of the cheapest denomination — but could not enter the park on time to catch the master blaster in action. Besides, they were at the receiving end of the police cane at least a dozen times.”

How to understand devotion as uncompromising as this? Has it got something to do with the fact that India is the veritable home of the cult, the land of Sadhus and temples to Kali and sacred monkeys? Is it about India’s rampant poverty, the fact that many of its citizens need desperately to believe in beings larger than themselves? Or is it about Sachin himself, qualities to the man and his sport (and the way the man plays his sport) that simply make him worthy of worship?

I’d guess that Wilson, if I could run downstairs to the Diggi Palace reception right now and ask him, would raise an eyebrow at the first two suggestions and strongly champion the third. Amongst the stories he repeated during the week was one about Sachin refusing huge sums to endorse cigarette and alcohol products (“he’s a family man”) and another one about sending handwritten notes to the neighbours to apologise for noisy alterations (“he’s a gentleman”). But the one that gave Wilson the most pleasure was the one about an innings in 1989, just after Sachin had made his debut against Pakistan. Barely old enough to drive a car – he was then 16 – Sachin hit the young Pakistani spinner Mustaq Ahmed for two sixes in an over. Ahmed’s mentor, the famed and feared Abdul Qadir, quickly took possession of the ball, saying, “Why are you hitting kids? Try and hit me.” Sachin, who’d been mocked all day by the Pakistani crowd, their thumbs in their mouths a reference to his own incredible youth, said nothing. His response was to dispatch Qadir for four sixes in an over.

“You guys had ‘This time for Africa’ when the soccer World Cup was in your country,” said Wilson, after finishing the story. “We have ‘This time for Sachin’.” Wouldn’t it be nice, then, if India’s bowlers would catch on… DM

Photo: India’s Sachin Tendulkar looks skywards as he celebrates after scoring his century during their ICC Cricket World Cup group B match against England in Bangalore February 27, 2011. REUTERS/Philip Brown.