The Arab winds of change, a storm in waiting

The Arab winds of change, a storm in waiting 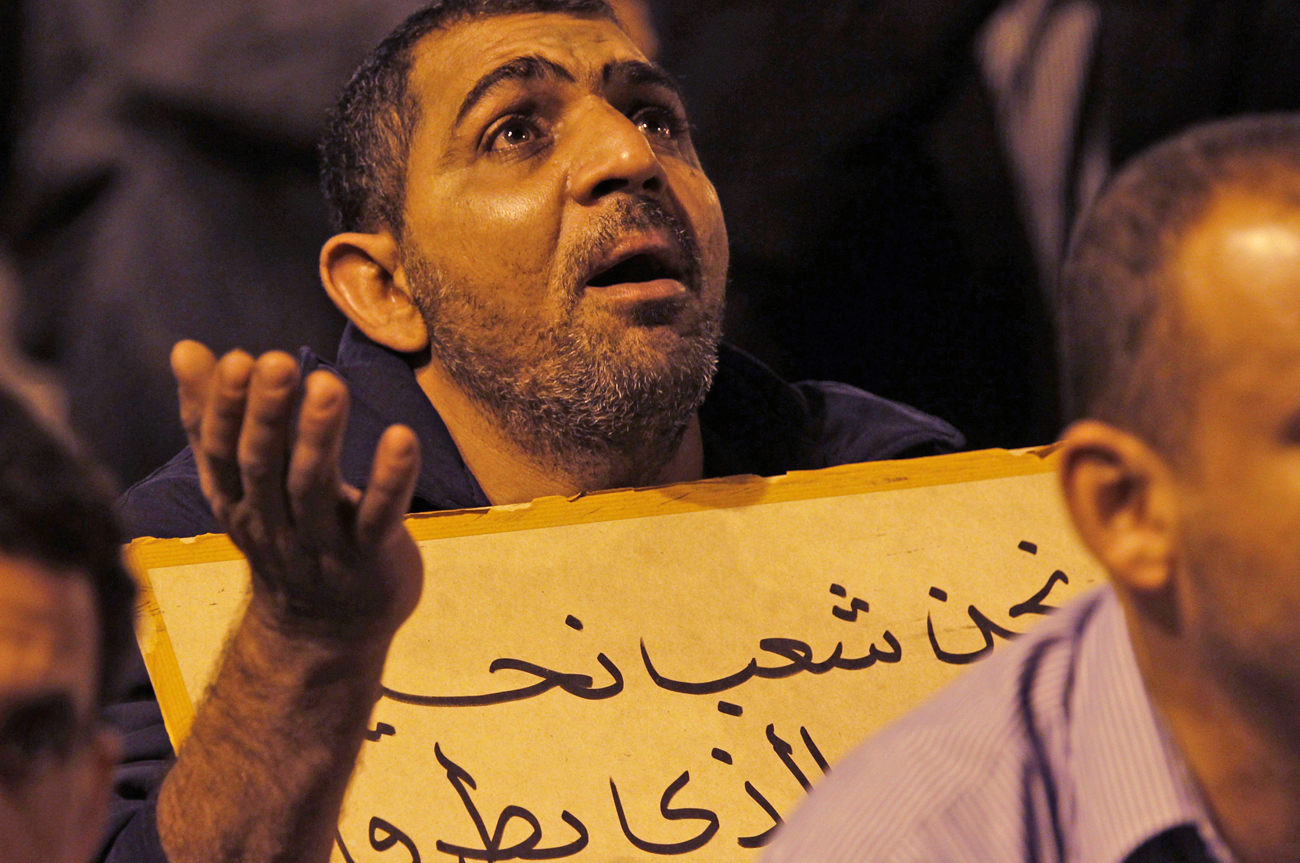 Winds and the vast arid regions associated with the Arab world conjure images of great dust storms changing entire countries. The schoolboy-adventure metaphors are not out of place in the context of the revolutionary upheavals in North Africa and the Middle East. Is there a path to be charted through the chaos, asks SIMON ALLISON.

Hosni Mubarak is sick, in a coma, or having breakfast on the beach, depending on which reports you read. But he’s definitely not in power. And neither is Tunisia’s Zine el-Abidine Ben Ali, who’s moved out of his comfy Saudi villa (rumoured to be the same one where Idi Amin spent his last days) and into a hospital after suffering a stroke which has put him in a coma. They are yesterday’s men. And while Tunisia and Egypt continue to muddle through their post-revolutionary arrangements, the world is waiting to see which of their peers is going to join them in their enforced retirements.

There are candidates all over the Arab world. The rolling 24-hour news channels can barely keep up; even Al Jazeera isn’t able to cover Bahrain, Libya and Yemen all at the same time in any great detail. Never mind the smaller protests happening in Algeria, Morocco and Jordan. It’s being called the “Arab Spring” or the “Jasmine Revolution”, but whatever they’re called, the winds of democratic change are sweeping across the Middle East quicker than anyone knows how to react to them as the people rise up against the instruments of their oppression.

This narrative is born out of memories of the fall of communism, where perestroika and glasnost brought down the Iron Curtain and Europe saw a wave of democratisation among the former Soviet bloc republics. Unfortunately, it wasn’t strictly true then and it’s not true now. While the Arab world might be in turmoil, there are forces at play within individual countries that make such a simple narrative arc meaningless.

Here’s an example. Tens of thousands of Iranians marched in Tehran on Thursday protesting against the government. At least one was killed and dozens were injured. In addition, the government, specifically the parliament, in a frenzy of vitriol, has called for the execution of two top opposition figures.

And a mere hop, skip and a jump across the Arabian/Persian Gulf, there’s another country in a similar position. Again, tens of thousands took to the streets to protest against the government in Bahrain’s capital city, Manama. The government responded with force, attacking the protesters camped out at Pearl Roundabout in the early hours of Thursday morning killing at least six. Many more are said to be missing.

Yet few things would make the Iranian government more happy than if the Bahraini protesters (people from Bahrain are not Bahrainians, no matter how many times Western analysts insist on using the word) could precipitate the collapse of the government and perhaps even the monarchy itself. Because, while the demonstrations on the tiny island are primarily about freedom from oppression, both political and economic, they are also about religion; they are a recognition that a small Sunni minority ruling over a Shi’ite majority is an absurd state of affairs, and any real victory for the protesters will undoubtedly have to include a Shi’ite-led government. And a Shi’ite-led government would  almost certainly look across the gulf to Iran, the great Shi’ite superpower, for direction.

Here’s another example. In Yemen, big demonstrations against the president have taken place in the intellectual capital of Taizz, and even in the actual capital of San’a. These have President Salih worried; so worried, in fact, that he’s already tried Mubarak’s failed tactic of promising to leave as soon as he’s finished his term – which just happens to be in 2013. But the demonstrators probably are not the president’s biggest worry; there’s also the secessionist movement gathering steam in the south of the country. As blogger and former editor of the Yemen Observer, Brian O’Neill writes: “The South seems like it is on the verge of exploding. The situation is probably far more tense than in Taizz or San’a… for years this has been the biggest issue, and still is.” There are also concerns that the demonstrations are less about freedom and democracy and other such comfortable concepts, but more about tribal divisions. This thesis seems to be backed up by reports of both Salih and one of the leaders of the opposition going to tribal leaders handing out bags of cash.

And then there’s Libya. Muammar Gaddafi – or “Brotherly Leader and Guide of the Revolution of the Great Socialist People’s Libyan Arab Jamahiriya”, as he likes to be known – is not famed for his delicacy in handling difficult situations, and this one is no different. Tens of people have been killed by “Brother Leader’s” security forces in Al-Bayda and Benghazi. News is hard to come by and harder to verify; there’s plenty of Twitter activity suggesting the death toll is much higher. It’s clear Gaddafi will not leave without a fight, and it’s likely that Libya’s protests will be the bloodiest yet. But Gaddafi, of all people, should recognise a revolution when he sees one; after all, he spearheaded Libya’s last revolution in 1969, when he, as a 27-year-old colonel, led a group of army officers in overthrowing the monarchy. The word “revolution” has been a central part of his propaganda lexicon ever since, with every initiative hailed as “revolutionary” and every speech affirming that the “revolution continues”. So in a strange linguistic paradox, that makes Libya’s protesters the counter-revolutionaries, doing their best to quell the 42-year revolution which wrought such devastation on the country.

And while all this is going on in Iran, Bahrain, Yemen, and Libya – and in Jordan, Algeria, Morocco, Belarus, Albania and Gabon – the rest of the world’s diplomats and intelligence agents are feverishly trying to compute the implications for global order and their position in it.

None of them saw it coming, and no one quite knows what to make of it all now. But in this suddenly uncertain world, many will be wondering if their country is next. DM

Photo: A man prays for demonstrators who were injured after riot police stormed an anti-government protest camp, outside the Salmaniya hospital where the casualties were sent to, in Manama February 17, 2011. Troops took control of Manama on Thursday after riot police stormed the anti-government protest camp at dawn and fought demonstrators on the streets, killing four people in Bahrain’s worst violence in decades. REUTERS/Hamad I Mohammed.