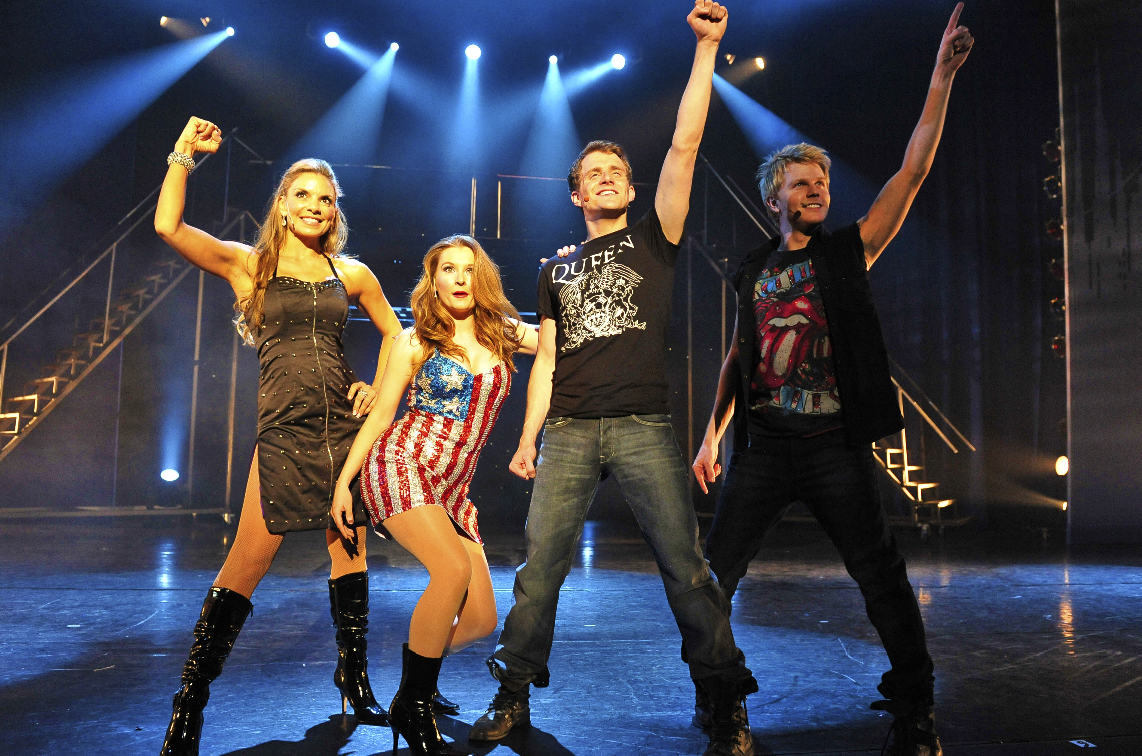 The hottest bodies in town right now are flashing their gorgeous legs and shapely, sexy torsos for our delectation at the Joburg Theatre. And the female dancers are pretty hot too, but the music needs something of a makeover, writes LESLEY STONES.

Ok, that’s an old joke, but in a way in Strictly Tap Dance Fever is an old show. It’s not been doing the rounds for long, but most of the music harks back to the days of Fred Astaire, World War II and swing, jazz, jive and rock ’n roll.

From the first few minutes I watched with delight, thinking this is everything Riverdance isn’t. It’s hot and sexy, funny and sophisticated, noisy and exuberant, with bright costumes and even brighter smiles. There’s no plot or narrative, just a series of scenes designed to showcase some brilliant dancing. It’s candyfloss for the brain, but you really have to be a curmudgeonly character not to find it entertaining. The stage set features a railway bridge that gives the dancers tiered levels on which to perform, adding height as well as depth. It adds different sounds too, with two of the men giving dazzling solo performances using the metal bridge for percussion. We’ve all seen tap dancing before, yet you watch their shoes in amazement as so many simultaneous noises burst from just one pair of feet.

The British crew features 12 dancers and three singer/dancers, Simon Schofield, Jon Hawkins and Lara Denning. Denning is the star of the trio with a powerful voice that matches her powerful legs. They’ve recruited Amore Vitone as local guest star, marking her return to the stage after an absence of about a decade. Vitone is a lightweight compared to the more accomplished Denning, but the former African Tap and Modern Dance Champion for seven years proves she’s still got what it takes. There’s no live band, so the singers perform to a backing track where everything is acoustically perfect and flawlessly timed. The lighting designed by Simon Lord also works beautifully, flicking across the set to highlight someone doing something special in a corner while your main focus is centre stage.

The problem with a pure dance show is that it risks growing repetitive. While “Strictly Tap Dance Fever” is a fun display of slick showmanship, it lacks the wit and wacky inventiveness of rival shows like “Stomp” and “Tap Dogs”. So we get ancient songs like “Minnie The Moocher”, “Bye Bye Blackbird” and “Candyman”. “Can you only tap dance to music from the 50s?” my escort whispered irreverently. No, you can do it a cappella too, if that’s what you call tapping without music.

What it needs is to step into the modern day with more up-to-date songs. The most recent tune must be “I Love Rock ’n Roll”, which has itself become a classic from the archives. I’d love to see them tackle something brash and modern to really stretch themselves and the skills of choreographer Emma Rogers. Yet as my non-dancing escort declared, much to his dismay, he wasn’t hating it. A compliment indeed. DM