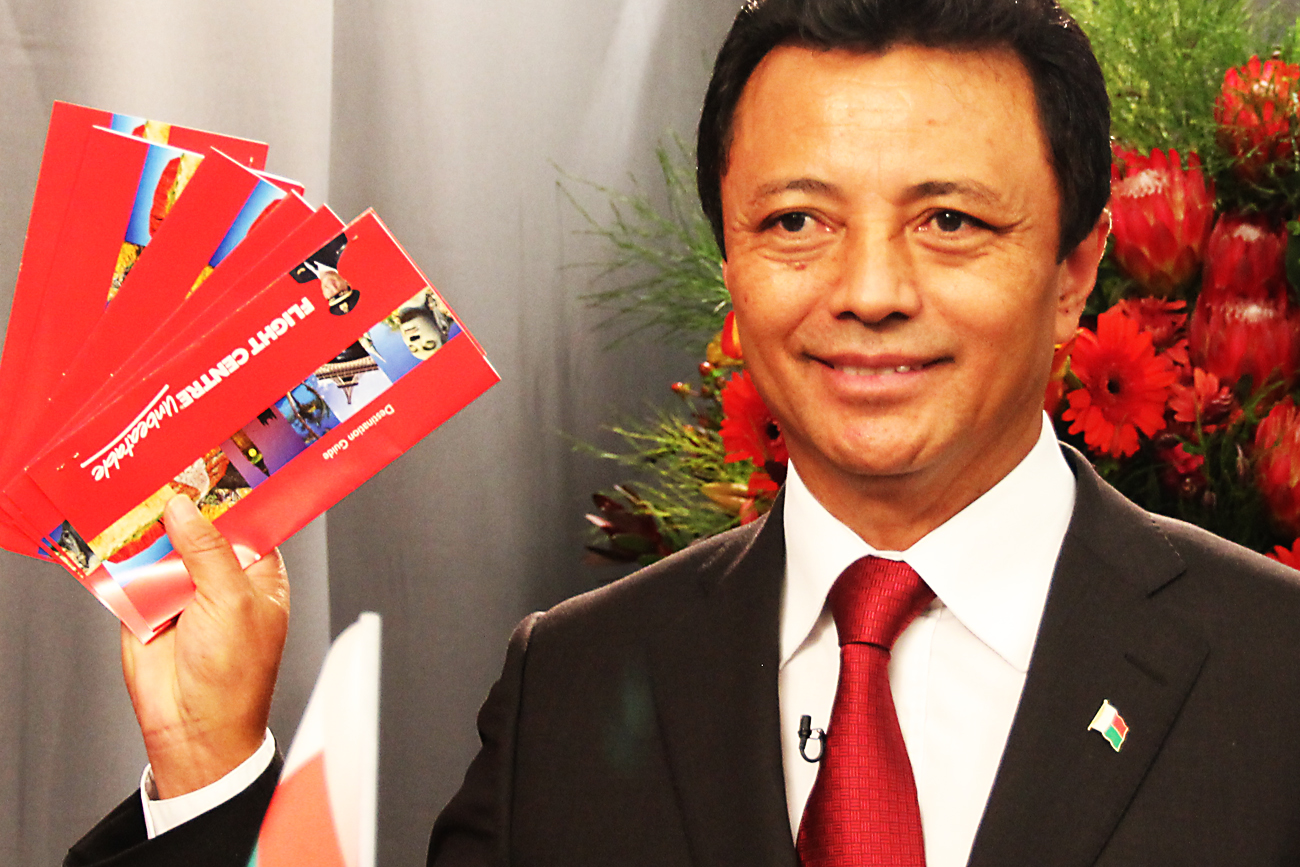 That marks the second guest of the South African government who wants to leave, except this one is in a hurry. Deposed Haitian leader Jean-Bertrand Aristide plans to go home “soon”. But on Thursday deposed president of Madagascar, Marc Ravalomanana, said he'd be home before the sun sets on Saturday. Which means, depending on who you listen to, that he'll be in jail by Sunday or leading one part of a civil war by Monday. By PHILLIP DE WET.

“It is time for me to come home,” Marc Ravalomanana told a packed room of journalists in Johannesburg (and an audience in Madagascar, via live streaming video). “… I wish to inform all who are watching and listening to me today, both in South Africa and Madagascar and the rest of the world: I will return home on the day after tomorrow; on Saturday February 19th, I’ll be returning to our beloved country.”

That rather sets the cat among the pigeons. Ravalomanana was sentenced, in absentia, to life in prison with hard labour, for what the court found was his role in the deaths of at least 25 anti-government protesters when soldiers opened fire on them in events leading up to his ouster in 2009. After his supporters in Madagascar leaked news of his planned return on Wednesday, the government said it would arrest him as soon as he set foot back in the country. So why is he going?

Because “international mediation, no matter how skilled, cannot replace the process of brother speaking to brother; of political foes coming together, as patriots in the interests of the country we all love” and so on and so forth.

Ravalomanana had a great deal to say about democracy, about reconciliation, about consensus, about reaching out, about freedom and dialogue and peace. But despite being heavily pressed, he would not say why he expects not to be arrested on Saturday, or how he intends to achieve his aims from behind bars if he is arrested.

We now know that furious negotiations with various international role-players have been going on for days, if not weeks, but even if multilateral bodies would support Ravalomanana’s return, they’re certainly not ready to do so already. The Southern African Development Community is leaning towards supporting a scheme that would keep former opposition leader Andry Rajoelina, who has the support of the army, as president. The African Union was unimpressed by the nature of Ravalomanana’s removal, but hardly championed his cause. The United Nations will almost certainly remain split on who is in charge for the rest of time, even within the Security Council.

Ravalomanana, on the other hand, firmly believes he is still in charge, at least in a way. While many – including the current government of Madagascar – believed that he resigned office before leaving the country at the pointy end of a gun, metaphorically speaking, he has a different interpretation. “I didn’t resign as president, he said on Thursday. “I only transferred power to the military.”

That would appear to be the basis on which he will challenge the legitimacy of the current government, and all the legal changes it has brought about in the last two years that may preclude him from retaking office or standing in new elections.

The important question is how the people of Madagascar will react to his return; Ravalomanana had a huge following and a very strong personal brand with his rags-to-riches background, but the crisis that saw him deposed saw mass, and fierce, protests against his rule. More than one analyst has predicted civil war should he return. DM

Photo of Marc Ravalomanana by The Daily Maverick.