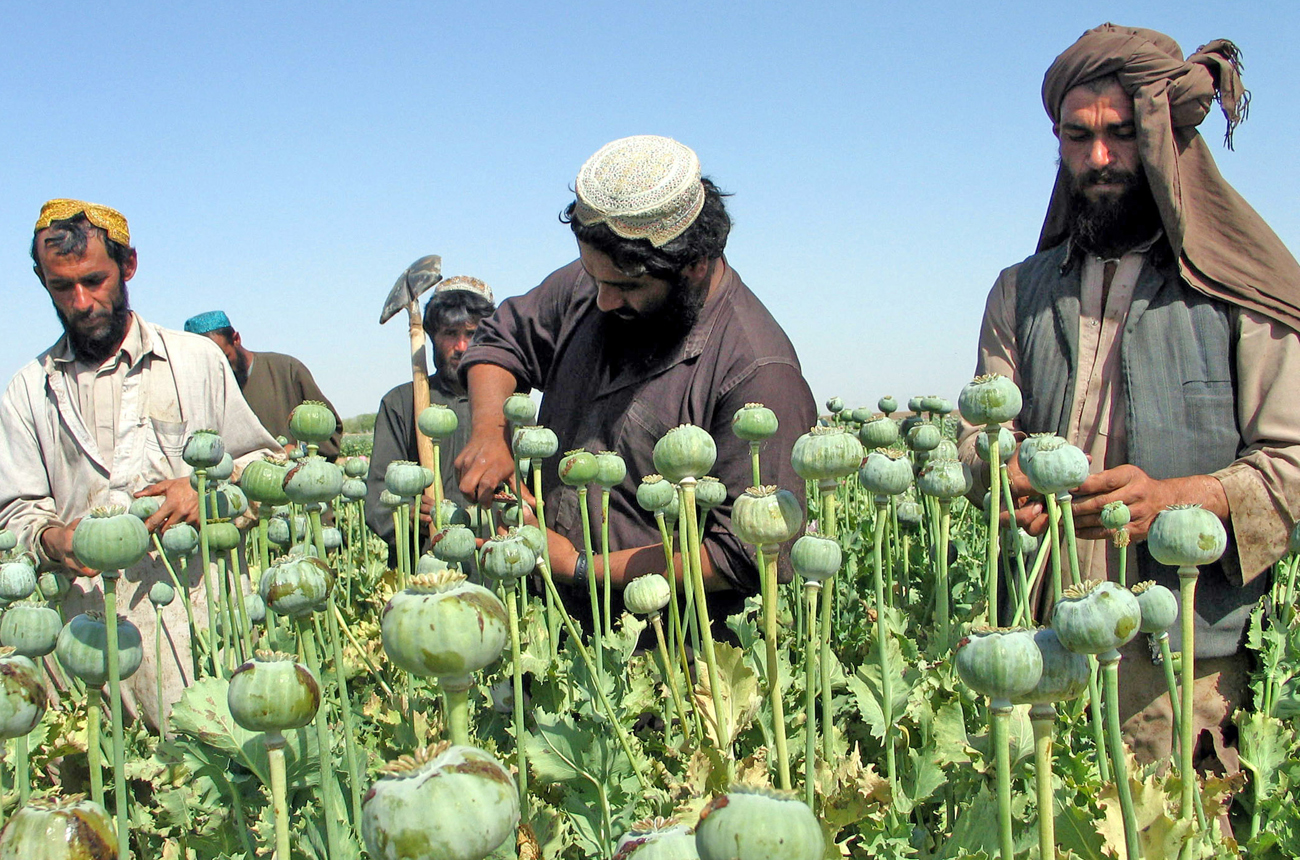 Forget Al Pacino’s Scarface. When it comes to moving mountains of drugs, there are few cartels in the world that have anything on the Taliban. Best described as Islamofascist smack dealers, and funded by Afghan poppy production, the network depends on moving massive quantities of heroin to juice its mighty insurgency. American and European junkies are happy to oblige. By RICHARD POPLAK.

The next time you’re on vacation in Mozambique, take a trip to the port town of Nacala-Porto. Or better yet, don’t. Nacala-Porto is a busy deepwater harbour, and there are often shipments of appliances—stoves, dishwashers, dryers—offloaded from rust-buckets flying the Pakistani flag. These appliances are moved to warehouses in town, opened up, liberated of their contents—blocks and blocks and blocks of uncut heroin—and left to rot. The drugs are packed into trucks, moved up through Sudan, into Morocco or Algeria, ending up in the veins of European junkies, whose subway systems are occasionally attacked by the Taliban’s allies.

The absurdity of the war against terror, which has in part been a war against drugs, can drive the most sober among us to smack use. In the Taliban’s case, it’s a simple matrix: The poppy fields in Afghanistan supply heroin laboratories elsewhere in the country and in the tribal areas of Pakistan. Africa is used as a sort of continental laundry machine: the drugs are often moved from the east to the north—and into Europe—or west—and across to the US.

Afghanistan’s prodigious poppy fields are essential to the Taliban. They also happen to be the only way poor Afghan farmers can make a living. Poppies grow exceptionally well in the central regions of the country—particularly Uruzgan province—and the Taliban supplies seeds, protection and a guaranteed buyer. (Tomatoes don’t offer the same benefits.) When the coalition forces first swept through the country and nominally defeated the Taliban, the Americans pushed to destroy poppy production. They would raid farms with shoddily clad Afghan forces, tether long chains between two Hummers, and drive along the fields, shredding the stems of the poppy plants. (There were chemical initiatives as well, but these were less successful, and came with the slight disadvantage of poisoning the local population.) The farmers were given compensation, but there was no system in place to provide sustainable alternatives. After America became distracted with the Iraq imbroglio, the Taliban regrouped, reorganised and the poppy fields were reseeded. Drug production kicked up to another level.

To fly over Afghanistan is to understand why it is so ungovernable. It is craggy and mountainous, and in places utterly impassable. Locals in the north rarely leave their tribal villages, because to do so is nigh impossible, especially in the winter. Information moves slowly, as does time—some regions are entirely Stone Age. That said, the country supplies a staggering 90% of the world’s opium, with more than 162,000ha  of poppy fields, netting at least $1,5 billion a year. A good chunk of that goes to the Taliban. But the rot of drug trafficking spreads through the whole country, infecting the civil administration in Kabul, including many in Harmid Karzai’s inner circle. Photo: Namut Ali sits back after inhaling heroin through pipes made from tin foil in a cemetery near Quetta, November 6, 2001. REUTERS/Adrees Latif.

If the coalition forces had understood the country they were invading after the terrible events of 9/11, their modus operandi would have been twofold: Liberate Kabul, trap and kill as many Taliban and al Qaeda as possible in the Hindu Kush (you’ll recall they left that to the Afghan warlords, who let so many of the top al Qaeda operators flee to Pakistan), and destroy poppy production by providing incentives to Afghan farmers in the centre of the country. Of those three, only the first was successfully accomplished. Drug labs are routinely attacked by Blackhawk helicopters, but it’s a case of too little too late. The problem is endemic.

Since 9/11, the Taliban’s drug trafficking skills have been honed and perfected. A recent case involving drug runners in West Africa, successfully broken by the American Drug Enforcement Administration, illustrates just how high the stakes are. Informants posing as Taliban approached drug traffickers in West Africa—in this case operating from Benin and Ghana—to move heroin in exchange for millions in cash and weapons. We’re not talking peashooters here – surface-to-air missiles, anti-tank missiles, night-vision equipment, the appurtenances of a sophisticated fighting force.

Seven defendants were charged, two of whom are naturalised Americans—an Israeli named Oded Orbach, and an Iranian named Alwar Pouryad. (It’s encouraging to note that the American melting pot is so successful that men from Iran and Israel can team up to sell arms to the Taliban.) The rest were arrested in Monrovia, Liberia. The deal was a bust, but it was by no means unprecedented. For every successful prosecution, four or five undetected deals go through.

What’s to be done? Outside of legalising the drug trade in America and Europe, not much. Poppy eradication in Afghanistan is untenable, because it radicalises the population and turns them into insta-Talibs. Bombing drug labs does only so much. Chasing after drug runners in West Africa is a costly and time-consuming business, and while America’s tactics have improved, so have those of their quarry. Drug legalisation is so politically fraught it will never happen, especially in a Congress now dominated by social conservatives. But it’s the only sane approach. Sanity and the war on terror, however, have seldom interacted. The whole sordid business brings new meaning to the term “shooting up”. DM