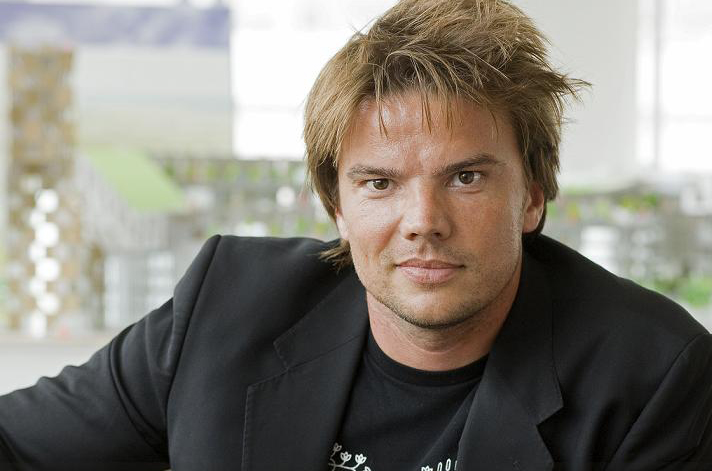 The only people to blame for dead-boring cities and ugly factories are ourselves. So says Danish super-architect Bjarke Ingels who is winning love across continents for his groundbreaking architectural designs. By MANDY DE WAAL

Ingels rejects the notion that sustainable architecture pivots on the “notion of moral penitence which means that it’s got to hurt if it’s going to do good”. He believes humans can enjoy “hedonistic” life styles and still save the world. “As architects we are at the centre of this human project of continuously refurbishing the surface of our planet. If our cities don’t fit in with the way we want to live, if the world is the way it is, then it is because that is how we have made it.”

Part poet. Part visionary. All genius. Bjarke Ingels is the 30-something Danish architect winning global acclaim by recreating buildings and cities as spaces where sustainability and hedonistic pleasure live together rather comfortably.

In Ingels’ imagination, a power station can be fused with a playground so that a waste-burning plant that produces energy becomes an alpine ski resort. It is with this kind of thinking that he and his team at Bjarke Ingels Group (BIG) are winning some of the most sought-after architectural projects in the world.

“In Denmark we only put 4% of our waste in landfills. Forty-two percent (of it) is recycled and the remaining 54% is incinerated to be used as domestic energy,” Ingels told The Daily Maverick from New York where BIG has set up new offices to expand into the US. “In Copenhagen we competed to design a waste-to-electricity power plant and our concept was based on the idea of creating a pragmatic utopia. When finished, the new power station will be the tallest and biggest building in all of Copenhagen. We won this design competition because we refused to recreate a big boxy factory. We wanted to create beauty.”

What makes the €420 million project remarkable is that it isn’t a structure lost to factory-like function, but is a social hub where people can enjoy the outdoors while learning about recycling or carbon credits. “We wanted to turn it into a real destination and thought we could exploit the fact that Copenhagen has the climate, but not the topography to go skiing. We will have an elevator which takes people to the top of the chimney stack and from there they can ski down a series of slopes.” Other hedonistic pursuits people will get to enjoy at the plant will be rock climbing, go-carting, sailing and a few drinks at a rooftop bar with a 360° panoramic view of Denmark’s capital.

“We do respect the laws of economy and the rule of gravity, but when we start a project we create an overview of all the requirements and criteria that are mandatory and we don’t disregard them. We focus on the significance of possibility. When we do this, we stumble across unexpected answers. The process is more about finding the right questions really. We find that once we know the right questions, it becomes much easier to find the right answers,” Ingels says.

When you look at the work he does, together with the awards and recognition he’s earning, it is hard to conceive that he was still studying only 13 years ago. A graduate of the Royal Academy in Copenhagen and Technica Superior de Arquitectura in Barcelona, Ingels stepped out of the world of academia with his first award under his arm to work with Rem Koolhaas at the Office of Metropolitan Architecture in Rotterdam.

Watch Bjarke Ingels talking the art and science of architecture at TED Amsterdam:

Koolhaas is a legend and was named one of the 100 most influential people in the world by Time magazine. It took Ingels three years to learn all he needed from Koolhaas and by 2005 he had founded his first architectural practice. It wasn’t long before he was recognised as a peer of his one-time mentor and rated as one of the 100 most creative people in architecture by Fast Company Magazine.

Ingels has won so many awards and is a visiting professor at so many impressive universities that detailing these would make this story look like a shopping list. And it’s hardly worth the effort given that nothing does Ingels greater justice than the photographs and visualisations of his past and present projects.

Watch Bjarke Ingels speaking on the biggest problem facing the next generation:

In New York, Ingels’ foray is reinventing that city’s staple, the apartment, by marrying highrise living with the European, continental lifestyle. “BIG’s new project on the waterfront of Manhattan is a 90,000m² hybrid between a European courtyard and an American skyscraper which will carve out an urban oasis in the heart of the city’s sea of apartment blocks. We’re combining the sense of community one gets with courtyard living, with the density of a skyscraper by transitioning from a vertical piazza to a horizontal spire. By doing this we’ll be creating an urban oasis right in the middle of Manhattan’s thickest density.” The result is an object of beauty that New York Magazine is already describing in poetic terms: “Balconies slash the inclined plane. The apartments slant away from the corridor like fishbones so that windows on 58th Street frame westward views.”

“The traditional notion of functionalism is to get different functions resolved as quickly as possible to create a model for efficiency rather than happiness,” says Ingels. “But what is important to remember is that people are more efficient when they’re happy.” It’s this liberating sense of joy and the exaltation of human experience through functional aestheticism that’s at the heart of Ingel’s philosophy. “We like the idea of creating a pragmatic utopia which is traditionally a contradiction in terms. What we try to do is to turn the vision and ambition for economic and social sustainability into a pragmatic utopia because we believe that if one doesn’t have the ambition to make things better, then why bother to design at all?” DM