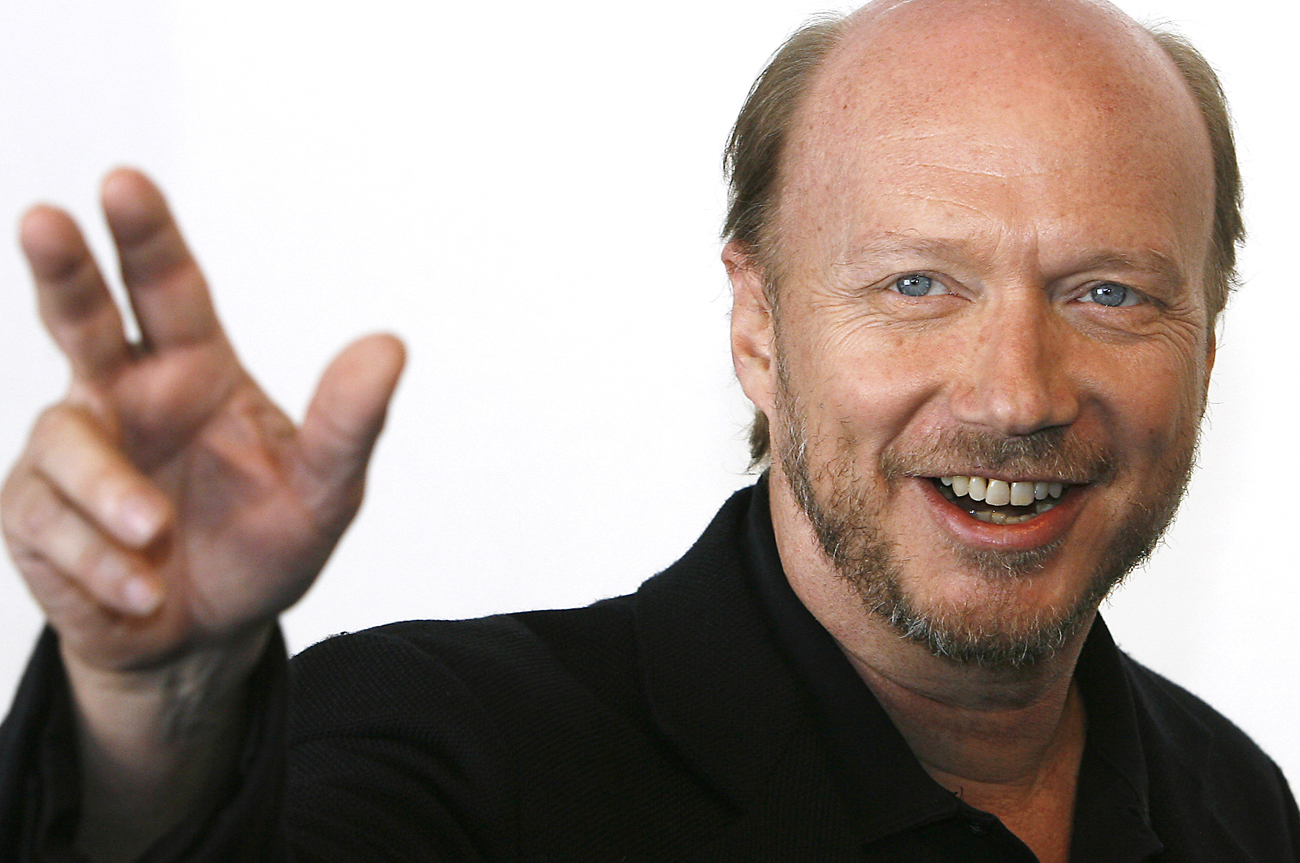 It’s not often that the New Yorker magazine devotes 26 pages to a single story, so when it does it must be assumed that editor David Remnick had a good reason. A full-scale investigation into allegations of human trafficking, abuse and illegal child labour at the Church of Scientology seems to be all the reason he needs. By KEVIN BLOOM.

It doesn’t seem like much of an allegation; it only appears around 20,000 words into the New Yorker’s massive 25,000-word feature on the Hollywood director Paul Haggis (pictured) and his resignation from the Church of Scientology. Compared to some of the other allegations, in fact, it positively pales. For instance, the allegation that all formal education stops for children who’re drafted into the Church of Scientology, or the allegation that illegal child labour akin to Haiti’s “child slavery” is practiced in secret Scientology camps, or the allegation that the church’s leader David Miscavige is a serial abuser of his staff and acolytes – repeatedly kicking and hitting them in the face and stomach for minor infractions.

This allegation, rather, is about the seemingly trifling matter of Tom Cruise and a motorcycle. In 2005, apparently, Miscavige, who’s a close friend of Cruise and served as best man at his wedding to Katie Holmes, showed the actor a Harley Davidson that he owned. The bike’s parts were plated with brushed nickel and painted candy-apple red. Cruise wanted one, so Miscavige got a long-standing member of the Church, Jimmy Brousseau (who has since “defected”), to get on it. In an account that the Church denied, Brousseau claimed that Cruise brought in a Triumph and a Honda, and that each bike was taken apart completely and nickel-plated before it was repainted. Photo: Chairman of the board of Religious Technology Centre and leader of the Scientology religion David Miscavige speaks during the opening ceremony of the Church of Scientology’s new building in London October 22, 2006. REUTERS/Luke MacGregor.

The New Yorker’s Lawrence Wright continues: “Brousseau also says that he helped customise a Ford Excursion S.U.V. that Cruise owned, installing features such as handmade eucalyptus panelling. The customisation job was presented to Tom Cruise as a gift from David Miscavige, he said. ‘I was getting paid fifty dollars a week,’ he recalls. ‘And I’m supposed to be working for the betterment of mankind.’ Several years ago, Brousseau says, he worked on the renovation of an airport hangar that Cruise maintains in Burbank.

The 26-page exposé went on to say that the FBI is currently investigating whether the Church of Scientology engages in human trafficking and uses unpaid labour – but it was the Cruise story, needles to say, that was picked up by the tabloids, most notably by the New York Post on 8 February.

Cruise, along with John Travolta, is of course the church’s most prized and enduring advert. It’s common knowledge by now that celebrities are consciously sought out and cultivated, and that they are offered “auditing” (a pre-defined form of spiritual counseling) at the church’s Celebrity Centre. Wright encapsulates the idea by reference to an interview with a struggling actor, who visited the centre in a moment of desperation, but then decided the route wasn’t for him. Yet the actor still wonders, writes Wright, what the religion does for Cruise and Travolta.  “Each has a good head on his shoulders, they make great business decisions, they seem to have wonderful families. Is that because they were helped by Scientology?”

Which is the central question. And the church has a lot to lose from an article the size of the one just published in the New Yorker, especially given that when it comes to the reputations of men in women in the culture industry, the magazine is the most influential of its kind in the world. Photo: Protesters demonstrate outside the Church of Scientology in London April 12, 2008. The group, calling itself “Anonymous”, called for a day of worldwide picketing of the Church. REUTERS/Luke MacGregor.

True to form, in a statement to the press after publication of the massive exposé, Church of Scientology International’s spokesperson Tommy Davis claimed he was unaware of any FBI investigation, and that Wright used spurious sources to pen the piece: “The New Yorker press release and Lawrence Wright’s profile on Paul Haggis, ‘Paul Haggis vs. the Church of Scientology,’ released Monday, reported on an alleged federal investigation. The New Yorker was well aware the Church knew nothing of the investigation but had refuted the same claims based on a case already thrown out by a Federal Court Judge. Nonetheless, The New Yorker irresponsibly used the same sources who were discredited in the dismissed case to claim an ‘investigation’ so as to garner headlines for an otherwise stale article containing nothing but rehashed unfounded allegations.”

Davis also drew attention to a piece that ran on 7 February in AOL News, where a former Washington Post reporter wrote the following: “[Lawrence Wright] cites two sources in the FBI who ‘assured me that the case remains open.’ However, a federal law enforcement source told AOL News the investigation has fallen short and no criminal charges are expected to be filed.”

Whatever the truth of the FBI case, the damage appears to have been done. Aside from the credibility of the New Yorker, there’s also the journalistic heft of Wright to consider – a Pulitzer Prize-winning writer for his masterful work of non-fiction The Looming Tower: Al Qaeda and the Road to 9/11, he is at the same time a fellow at the Centre for Law and Security at New York University’s School of Law. He’s a man, apparently, who knows a bit about sources and legal process. DM

The Church of Scientology’s South African chapter has been contacted for comment on Wright’s piece, but at the time of publication had yet to respond.

Main photo: Canadian director Paul Haggis, and then-member of the Church of Scientology, poses during a photocall for his film “In the Valley of Elah” at the 33rd Deauville American Film Festival September 4, 2007. REUTERS/Vincent Kessler