Bono, Malema and the headlines that stirred all the rage 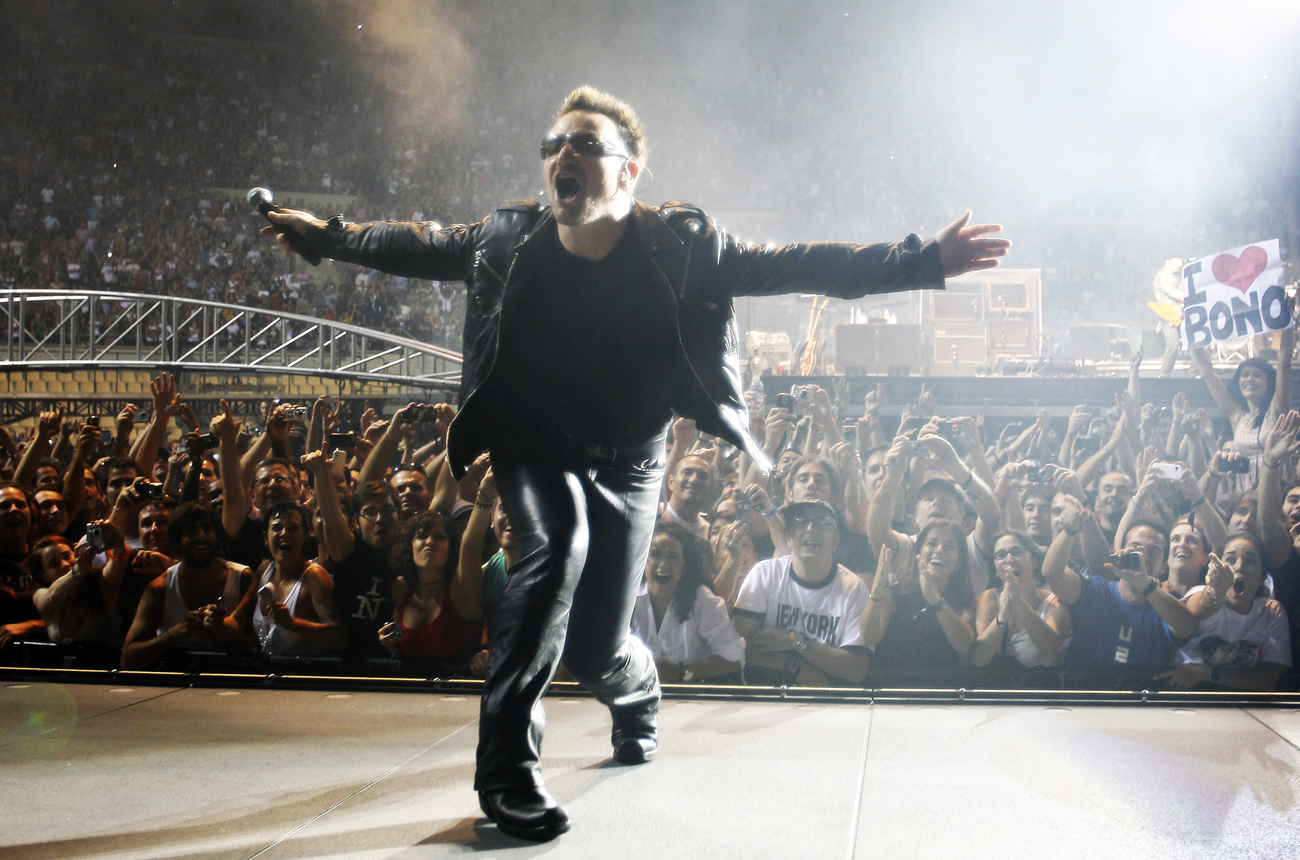 U2 frontman Bono was the target of wide-scale derision this weekend after a story about him apparently supporting Julius Malema and that infamous “shoot the boer” liberation song flamed across South Africa - and then circled the globe. But as the world’s most famous Irish band took to the stage at FNB Stadium, music journalists stepped forward to say Bono had been horribly misquoted by the media. By MANDY DE WAAL.

“Bono guides Juju” and “Julius Malema may have found an unlikely ally in U2 frontman Bono who, on Friday, waded into the debate over the singing of the controversial Shoot The Boer song.” These were the Sunday Times and TimesLIVE headlines and opening lines, augmented at 10:31 on Sunday morning by another TimesLIVE headline, “Bono backs Malema’s ‘shoot the boer’ song”, which caused many South Africans to erupt in anger at U2’s Bono.

Predictably, Steve Hofmeyr didn’t miss a self-promoting beat and added fuel to the fire by tweeting: “I have just dumped my R5000 worth of U2 tickets in the Jukskei. I’m going home. I can find no context for that song. Sorry&goodbye” and “As Malema se Kill the Boer haatspraak in die hof slaag, borg ek met graagte die K-woord in die nuwe WAT.” (Loosely translated this means “If Malema’s “kill the boer” hate speech triumphs in court I will gladly sponsor the K-woord in the new WAT.” The WAT is “Woordeboek van die Afrikaanse Taal”, an Afrikaans dictionary.) That’s all it took to ignite the short fuse of South Africa’s simmering racial tensions, but this time the unlikely target of anger was Bono.

Local music journalists are critical about Sunday Times’ reporting on the issue and go as far as to say the headlines were a deliberate distortion of the truth. “It is bullshit,” is what music journalist Evan Milton had to say about the Sunday Times headlines. Milton was one of five journalists invited to have dinner with the band and their manager. Other journalists present at the hour-long dinner were Diane Coetzer, who is a local representative for US music publication Billboard, Buddy Naidu from Sunday Times, Janet Smith from Independent Newspapers and Donna Bryson, local bureau chief for Associated Press.

“During the dinner Buddy asked Bono about ‘Sunday Bloody Sunday’ which begins with the introduction ‘This is not a rebel song’. Buddy linked this to local struggle songs and said there was a particular song in the limelight locally because of a young South African struggle leader,” says Milton who adds that Bono immediately indicated he knew of Malema, but said nothing further about the “shoot the boer” song, nor did he in anyway signal support for Malema or the ANC-linked song.

Milton, who recorded the exchange on his iPhone, says: “He (Bono) answered the question by talking in general about folk music and songs that have liberation themes. Bono said there were folk songs about people carrying guns.” What was absent from Naidu’s story, says Milton, is that Bono told the story about why ‘Sunday Bloody Sunday’ is not a rebel song, but a song with a strong message against sectarian violence.

“Bono said after the U2 ‘War’ album came out a photograph was published in the Irish media of a U2 publicity photograph in the Sinn Fein headquarters. There was an assumption that the song was related to the rebel cause and because of that the introduction was added by U2 to ensure people understood it was not a song in support of Sinn Fein or the IRA (Irish Republican Army). Bono said the song was a deeply rebellious song, but explained it was all about the rebellion taking place in the hearts, minds and souls of the Irish people. It wasn’t a political song, but a song about peace.”

Milton says he finds it disingenuous that what Bono said was taken out of context, given the U2 lead singer didn’t comment in any specific way about the ANC-aligned liberation song causing so much upset in South Africa. “The street pole adverts for Sunday Times were actively disingenuous because they verged on an active attempt to mislead,” says Milton. The adverts to promote sales of Sunday Times read “Bono guides Juju”.

“Bono does not guide Juju,” says Milton. “Bono did not express active support for the ‘shoot the boer’ song. If anything this man, who has been nominated for a Nobel Peace Prize, said violent songs should not be sung at public gatherings. The Sunday Times’ street pole poster is deliberately misleading.

This was confirmed by Billboard correspondent Dianne Coetzer, who said Bono never supported the “shoot the farmer song”, never made direct reference to the song and never supported Julius Malema’s right to sing the liberation song. “The opening paragraph of Buddy’s story says Bono waded into the Malema controversy, which indicates says Bono had a position on the issue, which wasn’t the case. The Sunday Times journalist mentioned something about a young struggle icon and Bono merely acknowledged that he recognised this was Malema,” says Coetzer.

“Bono responded to the question by saying he had sung rebel songs with his uncle when he was young and how hard it was for his mother because she was Protestant and his uncle was Catholic. He at no stage said he supported Malema or Malema’s right to sing the song. He was talking specifically about his own experiences in Ireland and never in any way aligned himself with Malema, the ‘shoot the boer’ song or expressed any support for Malema,” Coetzer says.

Naidu’s Sunday Times story was picked up by Agence France-Press early on Sunday. AFP reported on the Bono saga using the headline “Bono causes stir in S. Africa over ‘shoot the farmer’ song.” The introduction to the story read: “Irish pop singer Bono caused a stir in South Africa on Sunday after expressing support for the singing of an anti-apartheid struggle song that includes the lyrics ‘shoot the farmer’.” AFP and Sapa distributed the story on the wires and TimesLIVE picked it up and used it again, this time changing the headline to read: “Bono backs Malema’s ‘shoot the boer’ song.”

Typically when wire services get things wrong, they issue a correction or an instruction to “kill” the story, but by Sunday night the story of Bono being Malema’s arch ally was well on its way across the world and was being reported on by the BBC, The Telegraph, and The Guardian.

When asked for comment by EWN, Sunday Times editor Ray Hartley said the body of the story made it clear Bono did not endorse Malema and the matter was “a storm in a teacup.” DM

Photo: Lead singer Bono of Irish rock band U2 performs during their 360 Degree Tour at the La Cartuja stadium in the Andalusian capital of Seville September 30, 2010. REUTERS/Marcelo del Pozo.