Lessons from China: 'Decent' work can start out pretty...

Lessons from China: ‘Decent’ work can start out pretty unseemly 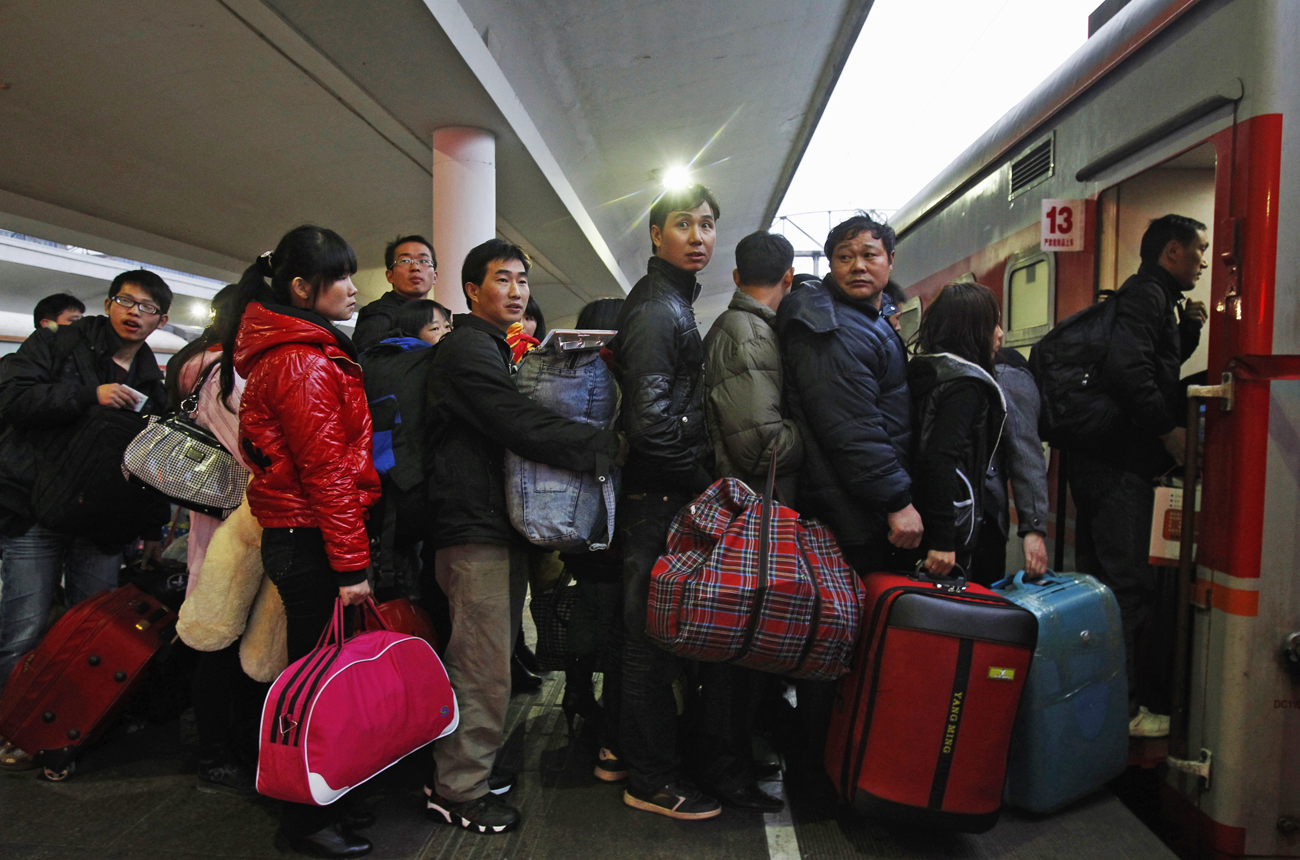 Cheap labour has a social cost, at least in China, but also a peculiar side-effect - using cheap labour leads to a shortage of cheap labour. That, in turn, can change the entire market. By JANE STEINACKER.

When China recently celebrated the start of the Year of the Rabbit, it also marked another important season: The one time of the year an estimated 200 million Chinese migrant workers make their way home to see their families. This is a time when ticket lines from train stations snake through the streets and platforms are bustling with travellers carrying all they own, when those workers go home, they make up the largest human migration on Earth.

It is no secret that these dirt-cheap labourers have been key to the ever-growing engine of China’s manufacturing economy. There can also be no doubt working so far from home will certainly cause a fractured family dynamic. “Last Train Home” a recent documentary-style film directed by Lixin Fan, follows the Zhangs, who left their children 16 years ago to work in factories. They were flat broke when they left, but pinned all hope on their wages giving their two children an opportunity for a better life

“But in a bitter irony, the Zhangs’ hopes for the future are undone by their very absence. Qin, the child they left behind, has grown into adolescence crippled by a sense of abandonment. In an act of teenage rebellion, she drops out of school. She too will become a migrant worker. The decision is a heartbreaking blow for the parents,” say distributors Eye Steel Films.

While there has been criticism of factory conditions, the other alternative for these workers is scraping together a living from the poverty line’s cheap seats in their far-flung provinces.

But while the critics, who are probably head-first in the bargain bins that support these factories, do certainly have a point, factory managers are often not given the opportunity to share their side of the tale.

One of the controversies surrounding manufacturing are the shadow factories.  These are the factories that big American firms like Walmart don’t get to see. They are the ones that do not comply with the requirements that buyers stipulate in the purchase agreements.

Harney’s book includes an interview with factory owner Eugene Chan, whose name was changed in the book to protect his identity. Chan openly admits, “…most factories have two factories. One is for demonstration, one for production”.

According to Harney’s book, “Some Chinese factory workers regularly log 360 hours or even 400 hours in one month … under Chinese law, workers should not be on the job more than 204 hours a month, including overtime.”

But as a Western factory owner in her book says, “It’s an incongruous law, because you know they are asking people to work eight hours a day and they all say what do I do with the extra four or five hours? Sit on my bum? That’s their (the factory workers’) logic.” Photo: Girls eat lunch in their classroom at Jiaxing Lantian School in Jiaxing, Zhejiang province December 13, 2010. The primary and middle school which opened in 1997 has over 2000 students, most of them who are children of migrant workers who came from the poorer areas in western China to the city to work as labourers. REUTERS

Factory owners say to get contracts from Western buyers, they need to keep costs down, but all seems to be against them. While the price of oil and raw materials is on the increase, the amount of unskilled labour available is on the decrease. And, say the owners, when migrant workers do come, they are quick to leave. Some factories offer perks such as DVDs, barbecues, higher wages and training to retain staff, or they will quickly lose their labour to a competitor.

While the situation for Chinese migrant workers seems dire, the future may start to look brighter. A recent internal survey conducted by China Briefing’s Chris Devonshire-Ellis, stated, “An average worker in China costs more than the average worker in any other emerging Asian economy, save Malaysia and Thailand, when considered in terms of combined salary and welfare payments.

“Conducting a review of minimum labour costs, determined by the legal minimum amount stipulated in 15 different countries, and added together with the pertinent mandatory welfare payments due, it is apparent that since the introduction of the revised labour law in 2008, China’s workers are now among some of the best paid in Asia.

“However, it is expected that China’s next five-year plan will see mechanisms put in place to double the country’s minimum wage by 2015.”

This is expected to increase China’s local consumption and change its trajectory from being export-focused to one that better serves the emerging local market. DM

Jane Steinacker is a South African living in mainland China.

Main photo: Passengers get onto a train leaving for Xinyang in Henan province, at a railway station in Guangzhou January 24, 2011. Millions of migrant factory workers start streaming back to China’s interior for the annual Lunar New Year holidays. Amid widespread concerns among factory woners at looming labour shortages, many manufacturers in the region dubbed “China’s world factory” say they may have no choice but to raise wages significantly after the holiday break to lure back and retain quality workers, which could further erode the region’s competitiveness. REUTERS/Bobby Yip.