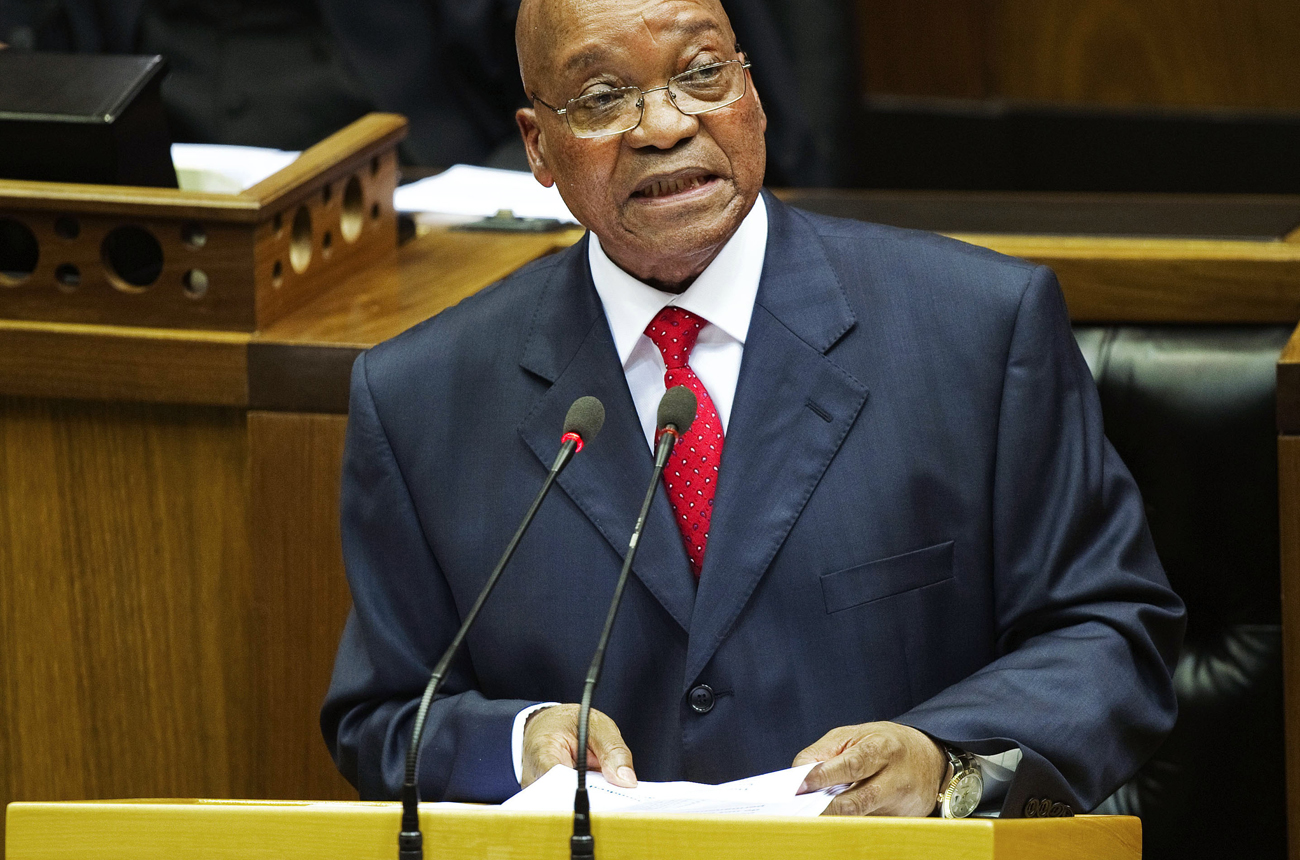 This country needs a bold, realistic, exciting vision of future towards which the entire nation can boldly go. Zuma's 2011 State of the Nation Address turned out to be opposite: A bland, inoffensive, directionless talk that threatened to put way too many observers to sleep. By STEPHEN GROOTES

When one reads a political speech, it’s often quite fun to work out what the main motivation is behind it. What is the aim, the plan, the thing that you want to achieve. Do you want to tell people, “Yes we can”, or, “The only thing we have to fear is fear itself”, or even,“Never never and never again will this country be the polecat of the world”. Is it a statement of intent, a marker for plans to come or even a culmination of a long fight?

Zuma’s State of the Nation speech was none of that. Quite frankly, after listening to it, watching it, being in the national assembly chamber while it was being delivered, it seems there was just one motive.

Not to piss anyone in the ANC off. That’s all. Nothing else. Just that.

In fact, very early on, there was one sentence that summed it up; “I will provide just a broad outline of our programme of action in this address.” A cynic might say that it would have been easier to say, “We want love, happiness, oh and world peace” rather than to take up our time.

But this was not a beauty pageant. This the speech that the whole country was looking for to get some sense of clear direction. The ANC may well turn around and say that they’d never promised that President Jacob Zuma was going to announce huge plans. Except that we can point to his January 8th Statement, to that absurd standing up press conference outside its NEC lekgotla (after the first conference was moved an hour earlier) where everyone told us it was about jobs, about getting the country working. We were told there were plans being made, and that we’d have to wait until The State of the Nation. Well, we waited.

To be fair, we do like the tax breaks. It’s a good idea. Gwede Mantashe told Eyewitness News on Thursday night that “R30 billion in tax breaks is proof that we’re serious”. Well, yes, but it still falls short of a plan. But we do think it will have an impact. So too, over time, perhaps, will the suggested merging of the various entities that are meant to help small business.

In fact, business should really be vaguely happy with the first half of the speech. Not overjoyed, mind you, just slightly moderately crinkly at the corner of the mouth happy.

Strangely enough, it seemed almost as if the second half of the speech was designed to satisfy someone else. Zuma’s mention of the state mining company (which was announced by cabinet last year) was really just designed to buy off the Youth League. It got a cheer, and not just from where Malema was holding court. There was one area where Zuma is trying to make some progress that we think he really deserves a pat on the back for, both for being slightly brave, and for making a point that really matters. He says that while social grants will be extended to families with children under eighteen, they will be “linked to economic activity and community development, to enable short-term beneficiaries to become self-supporting in the long run”. In an election year he’s suggesting that people who get money from the government might have to actually work for it? That’s brave. It was well-dressed up, but it’s still politically courageous. We wish him luck though, dependency can be addictive.

There was a strange duality to other parts of it. For instance there was the mention from a Facebook posting about potholes, and money being thrown at the problem (which will also be used to create jobs), and then very little on municipalities. In fact, we’re staggered by what he said about local councils. He spent four sentences on it. Just four sentences. In a Local Government Election Year. He said, “We have to make people’s experience of local government a pleasant one, as it touches their homes and lives directly every day. Some municipalities are functioning very well (shouts of Cape Town from the DA), and some councillors are also performing their duties as well as they should. We have instituted a turn-around strategy for local government, focusing on, among others, the strengthening of basic administrative systems, financial management and customer care”. That’s it. Any announcements? No. Any new plans? No. In fact, it was pretty much a copy and paste job from last year’s address.

This is unbelievable. This is the sector where South Africa is burning. Where people are so pissed off they’re willing to create their own Tahrir Square right here. And yet, he barely mentions it.

On Aids and crime, Zuma was pretty much in line with predictions. This has been so easy for him. Just do the opposite of what Mbeki did, and you get praised for it. It was a politically easy move. That’s possibly why he likes to talk about them, because there’s been real tangible results.

But politically speaking, they were easy fixes. Creating jobs is far harder, it’s about getting the economy right. And that would be hard enough without ideology getting in the way.

We’ve suggested before that one of the real problems facing South Africa right now, is the ideological breadth of the ANC. That because it so big a church, it’s impossible to actually get proper hard policy out of it, that any leader has to satisfy so many constituencies, he or she can’t really lead. Mantashe’s response has always been to claim that the ANC has the best policies because it consults so widely. Well, you decide, but there is a growing problem here.

If you were unemployed, living in Tembisa, scratching a living by fighting five other men to carry someone’s rubbish to the dump, there was nothing in this speech that gives you hope. Nothing that thinks tomorrow will be better for you, and that next year will be better for your children. Talk about merging entities to help small business won’t cut it for you. You need hope. We as a country need ideas, we need to implement them, we need to unleash the power of small business. That’s not happening. And as the ANC is bound to throw up leader after leader who rises to the top by being inoffensive, we can’t but worry about our country’s lack of direction. DM

Photo: President Jacob Zuma delivers his speech as he opens the 2011 session of the South African parliament in Cape Town February 10, 2011. Zuma called on the government and private sector to create jobs, setting aside billions of dollars to create work in Africa’s largest economy, hard-hit by chronic unemployment. REUTERS/Pool.