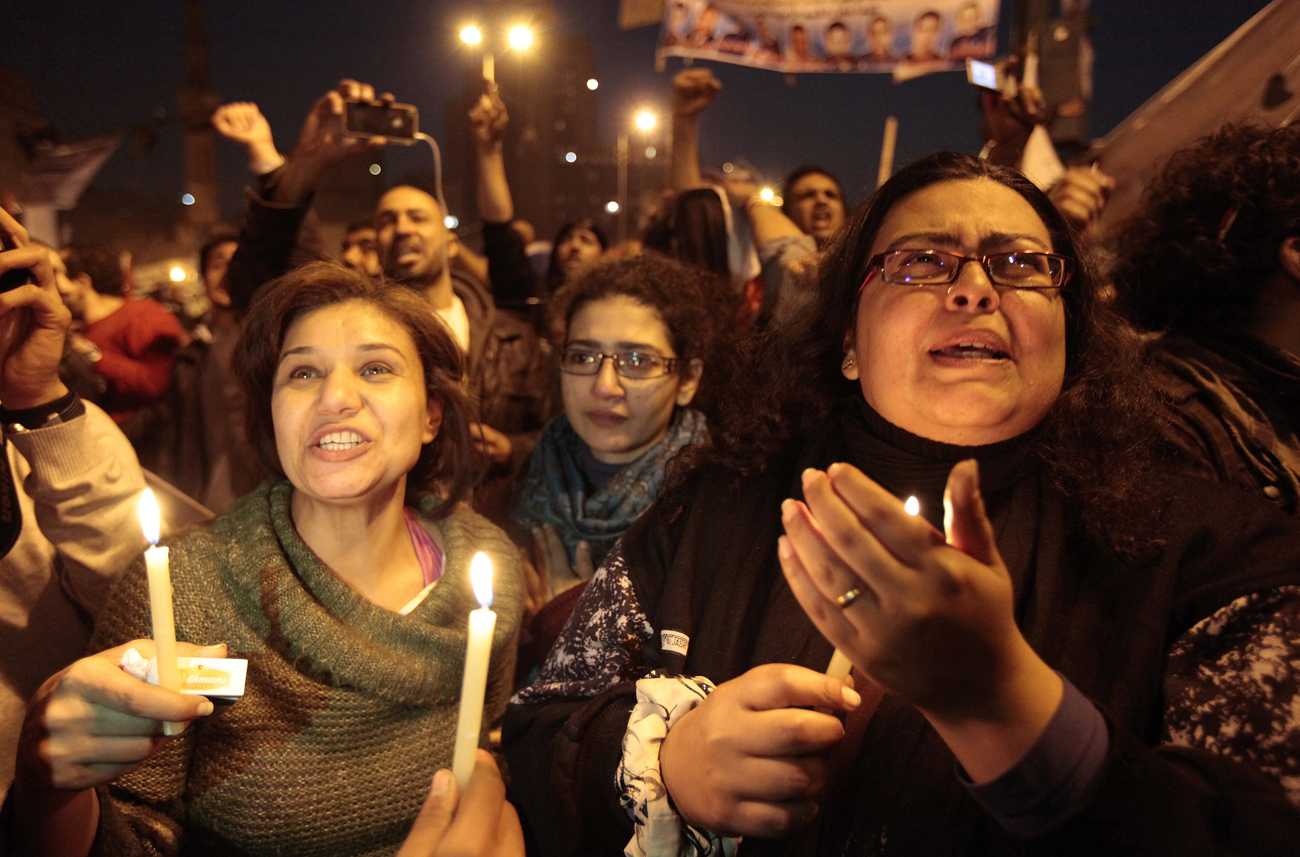 It took 18 days to bring Mubarak down. It took millions and millions of people - babies and children, men and women, old and young, the lower, upper and middle classes, businessmen and beggars, Christians and Muslims and agnostics, and finally even soldiers. It took rolling news coverage, Twitter and Facebook. It took an army divided within itself. And it took one old, frail man to release his grip on his people, who ultimately treated him with far more dignity than he did them. By SIMON ALLISON.

A terse Omar Suleiman, the recently minted vice-president, delivered the news in a 50-words or so address. Mubarak has waived his presidency, he said. He’s gone.

He was supposed to go yesterday. All the signs pointed to an evening departure, but Mubarak surprised the world, and even his generals with his defiant performance. They earlier appeared to support the protesters’ demands. Today, one suspects the army was taking no chances and that the decision was taken out of Mubarak’s hands. That’s why Mubarak was denied the chance to deliver his own eulogy.

However, it happened – and it is still too soon to pick through behind-the-scenes details – a shadow has been lifted from Egypt. While Mubarak was never alone in running his regime, he personified the hardships and oppression which characterised day-to-day life for the vast majority of his subjects. Regardless of the constitutional wrangling and power disputes that are to come, many will find catharsis in his departure.

The two most popular chants in Tahrir Square have been “Get out Mubarak” and “Down with the regime”. The protesters emphatically achieved their first aim – Mubarak is out. On the second, while the regime is hobbling on, it has been dealt a crushing blow. There is no chance Egyptians will stand for the excesses of Mubarak’s government again – any future leader, even one with similarly despotic tendencies, will have to tread very carefully indeed.

Internationally and historically, this revolution has enormous ramifications. Two features made it quite unlike any other revolution in modern times. First, it was peaceful, even to the end. Many predicted that after last night’s disappointment the opposition would start to get really angry, which they did, and consequently try to storm buildings, burn things down and make their unhappiness felt with a bit more material violence, which they didn’t. Even as more people than ever turned up on Friday and Tahrir Square became too small a venue for an uprising with such depth of support, the crowd remained good-natured and calm.

Secondly, this was achieved in the absence of a standout leader of the revolution and the absence of bitter leadership divisions which so often derail popular opposition movements. I’m thinking of you, Morgan Tsvangirai and the MDC. Now that Mubarak is gone, perhaps there will be a little more aggressive jockeying for position from the opposition groups, but given the tone so far, this seems unlikely. They will wait until the elections.

Oppressed people all over the world have taken note of Egypt and what can be done by people acting peacefully in concert. Tunisia went first. Egypt has followed. Where will the next domino be? Yemen, Jordan, Algeria, Belarus, Albania, Gabon – all have experienced serious social unrest in the last few weeks.

And where now for the revolution? As it stands, the army is in control. Who is leading it, and what finally prompted their decision, is not yet known. While it was never the ugly face of the regime, it was nonetheless complicit in Mubarak’s reign – good soldier, bad cop, one could say. They’ll keep the streets safe and the country running while all the details of a new and – hopefully – better political system for Egypt are thrashed out.

It is unclear what role, if any, Omar Suleiman is playing in this arrangement. I think he is likely to take a backseat, as he has done for the last 30 years, and let someone else do the talking. Public speaking is clearly not his thing, as the world has seen. But power is, and at least he’ll have the tacit support of Israel and the US, who will be extremely worried about the Camp David accords.

Right now, however, the future is details. Egypt will be celebrating through the night and into tomorrow, and with good reason; together, the people have toppled a dictator and destroyed a police state designed to oppress them. Tahrir Square – Liberation Square – is just that. The name is no longer an ironic joke, but the place where ordinary Egyptians took their future into their own hands. When the dust has settled, there is still much work to be done. But for now, it is enough to savour the moment. And tweet it. And maybe put some photos on Facebook. DM

Photo: Anti-government protesters celebrate inside Tahrir Square after the announcement of Egyptian President Hosni Mubarak’s resignation in Cairo February 11, 2011. Egypt’s Vice President Omar Suleiman said on Friday that Mubarak had bowed to pressure from the street and had resigned, handing power to the army, he said in a televised statement. REUTERS/Dylan Martinez