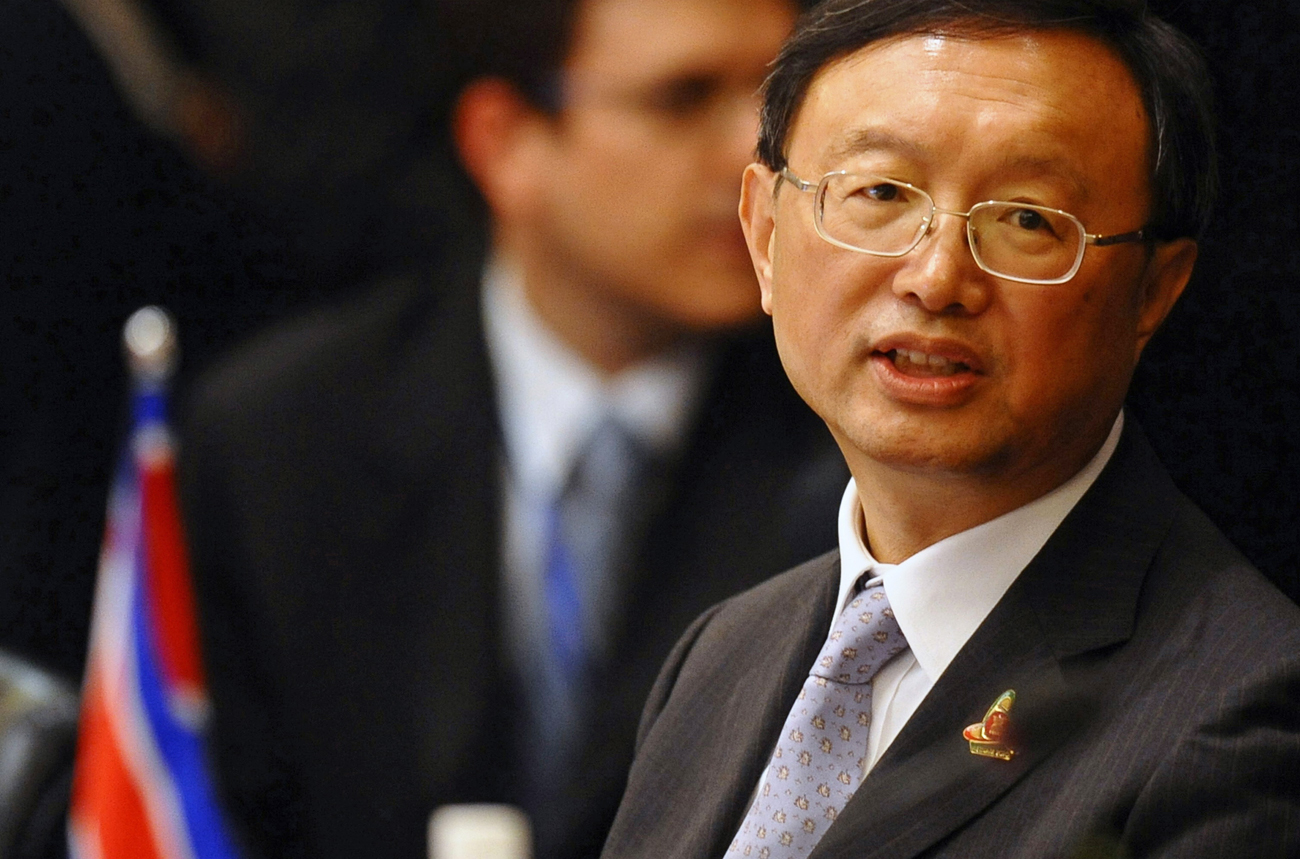 The relationship between China and Zimbabwe was a lot more transparent in the ‘70s and ‘80s than it is today. Back then, it was a simple matter of ideological sympathy and military collaboration. Lately, money and natural resources have complicated matters. Will Yang Jiechi’s visit bring some clarity? By KEVIN BLOOM.

On 1 February this year, the Guardian ran an article that took many Africa watchers by surprise. The headline was “China poised to pour $10bn into Zimbabwe’s ailing economy,” and the first few paragraphs noted that while the windfall could be a huge boost for the beleaguered African country, it was likely to heighten concerns about President Robert Mugabe’s increasingly warm relationship with Beijing. That was top-line stuff, and relatively obvious, but closer reading of the piece confirmed what we (myself and journalist Richard Poplak) were witnessing firsthand in Harare at the time – when it comes to China/Zimbabwe collaboration, confusion and double-speak are the order of the day.

Here’s what Tapiwa Mashakada, a government minister and member of the Movement for Democratic Change (MDC), actually told Reuters on 31 January: “We have met with officials from China Development Bank and they have said they are willing to invest up to $10bn in Zimbabwe.” As it appeared to us, the key phrases were “willing” and “up to” – not just because we’d repeatedly come across such qualifications in our wider China/Zimbabwe research, but because every official we spoke to (or at least, every official in a position to know) refused to commit on the matter.

Which made sense in the context of how ordinary Zimbabweans are kept completely ignorant of the details of their government’s love affair with the People’s Republic. The most the average man in Bulawayo or Mutare knows is that the president signed some sort of memorandum on TV, that he mentioned the “Look East” policy while lambasting the US and UK in a speech, that he employed once more the favoured appellation “our friends”. It is common knowledge that Zanu-PF has close historical ties with the Chinese; in the late 1970s, hundreds of freedom fighters were sent over for ideological and military training, and they’re generally happy to talk about it. It’s also known that after independence this military cooperation continued, with Zimbabwean fighter pilots being trained in China and Chinese-made weapons arriving in the country en masse. What isn’t known, though, are the exact terms of the state-to-state deals – the number of weapons, the size of the “commission” earned by the middlemen, and the overall cost (neither in monetary terms nor in terms of access to resources).

Harare’s intellectual elite have in fact become so curious about the nature of the relationship that discussion forums on the topic regularly play to packed houses – the week before our arrival, the Sapes Trust, an independent academic institution in the tree-lined suburb of Belgravia, hosted the Chinese ambassador plus a few well-placed delegates. But as the institution’s patron Dr Ibbo Mandaza told us, the ambassador had nothing new to say beyond the usual platitudes, and the many attendees left the venue disappointed.

Partly as a result of this general opaqueness, the arrival of China’s foreign minister in Zimbabwe on 11 February has been keenly anticipated. Naturally – and unfortunately, for those who thought they’d get any clarity out of the visit – commentators in China and the West have wildly divergent views on what Yang Jiechi’s stopover in Harare might mean. Symbolic of the diplomatic concerns in the UK and US, The Telegraph has taken the visit as an opportunity to call for a show of strength from Tendai Biti, Zimbabwe’s finance minister and a member of the MDC. With reference to the mooted multi-billion dollar deal, an agreement that will essentially exchange money for resources should it go through, the newspaper’s Aislinn Laing and Peta Thornycroft noted: “If [Biti] negotiated a deal with China that was mutually palatable, he would forge a personal connection with Zimbabwe’s most powerful backer and potentially warm Chinese relations with the MDC. But if… as has been rumoured he is considering, he sent China packing over concerns about the disparate benefits of the deal, he would cause considerable damage not only to his own standing with the Chinese, but the standing of the entire nation.”

The subtext in the piece was that the MDC might now be engaged in negotiations that were previously the exclusive province of Mugabe and Zanu-PF, and that this would be a good thing. Unsurprisingly, however, the article stopped well short of certainty – as an unnamed MDC source told the journalists: “The dynamic of this visit will be interesting. You would expect the minister of finance to be involved if talks about such loans happen but I wouldn’t be surprised if he wasn’t.”

The China Economic Review, meanwhile, came at the visit (the first by a Chinese foreign minister in a decade) from a totally different angle. The piece here is headlined “China and Zimbabwe back in love?” – the obvious implication being that at some point they’d fallen out of love, which would indeed be news to almost everyone we spoke to in Harare. When did the affair sour, then?

“Since the bloody 2008 elections, during which supporters of Robert Mugabe hacked the limbs off their opponents, China has shied away from involvement in Zimbabwe, one of its oldest allies,” the above-mentioned publication observed. “One source told me that Chinese diplomats were shocked by the violence and had no idea what was happening outside of Harare, the capital. They had their heads buried in the sand, allegedly, and only concentrated on the business climate, rather than the political atmosphere.”

Irrespective of the possible mix-up with electoral tactics in other parts of the continent, the quote is at direct odds with our own MDC sources. Whatever the truth, the article bluntly claims direct Chinese influence over the rise of the MDC, asserting: “[By] not strongly supporting Mugabe, whose revolution the Chinese had bankrolled in the 1980s, the Chinese left him weaker and eventually he formed a coalition with Morgan Tsvangirai, the leader of the Movement for Democratic Change.”

The obfuscation on all sides – including from the West, whose agenda in Zimbabwe has never been different from the agenda of any historical imperial force – seems reflective, if anything, of the need to hedge bets. When Yang Jiechi moves onto the rest of his tour (he’s also visiting Gabon, Chad, Guinea and Togo), we might have a few answers regarding this fascinating and complex relationship. More likely, though, is that we’ll be left with a whole new bunch of questions. DM