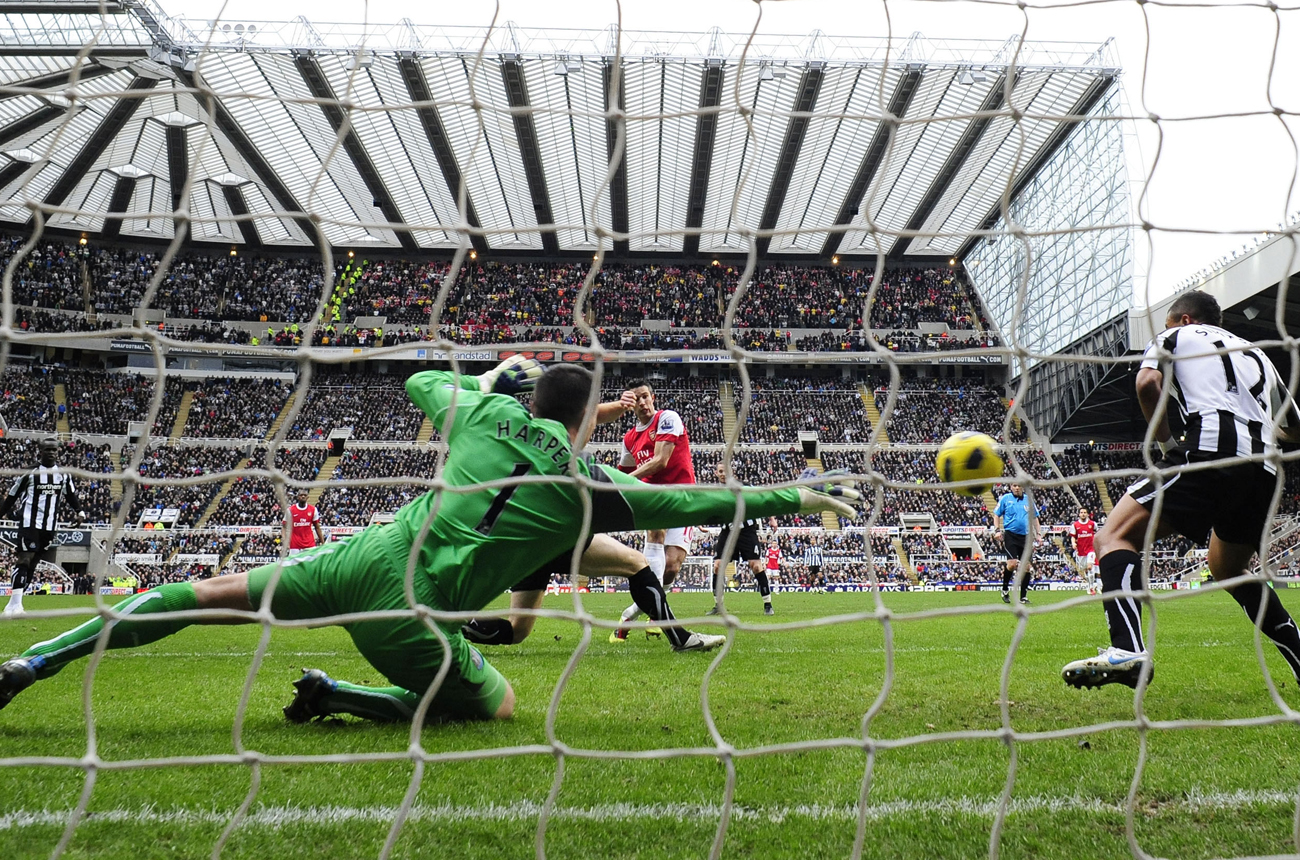 Arsenal fans who’ve spent the weekend in a foul mood woke up to some vindicating news – referee Phil Dowd is under Interpol investigation, say French media, as is a “certain Arsenal player” after irregular betting patterns were spotted during Newcastle’s stunning four-goal deficit comeback against Arsenal on 5 February. By SIPHO HLONGWANE.

Newcastle staged one of the most spectacular recoveries seen in the English Premier League this season when they came from a 4 – 0 first-half deficit against London side Arsenal to score four goals of their own in the second half, effectively crippling Arsenal’s title hopes. The Gunners played their trademark fluid passing game in the first half, carving up Newcastle’s bewildered defence to score three goals in the first 11 minutes. It all went wrong in the second half when Arsenal defender Johan Djourou limped off with an injury, as well as a moment of extreme folly from Abou Diaby, which saw him red-carded, leaving 10 men to scrabble for a draw in the face of a resurgent Newcastle team. Even by Arsenal’s standards, plagued as they are by inconsistent form, the game was a disaster.

Arsenal’s poor depth of team was exposed when Djourou picked up an injury in the 48th minute, to be replaced by the far inferior Sebastien Squillaci. But the instant of doom came in the 50th minute when Diaby challenged for a ball against Joey Barton, and enraged by the Newcastle United player’s attack, pushed against his neck. When Kevin Nolan ran up to have a word, Diaby gave him the treatment he had just doled out to his teammate. It was a moment of unspeakable stupidity from the French international, even though he has suffered a horrible injury in the past at the hands of Sunderland’s Dan Smith. The referee had no hesitation about inviting the lanky midfielder to take the lonely walk to the tunnels. The Gunners simply went to pieces after that.

Famous for being very vocal when aggrieved, the Gunners had much to shout about when referee Phil Dowd awarded goalkeeper Wojciech Szczesny a yellow card when he fended off Nolan’s unwanted attentions after he scored a penalty. It was the second penalty Dowd awarded Newcastle that had every Gunner (disclosure: including yours truly) on their feet in rage. Laurent Kolscieny was judged to have fouled Mark Williamson, leading to Barton’s second penalty. Dowd’s call was so unbelievable that virtually everyone thought he had awarded a penalty against Tomas Rosicky for a handball. Newcastle finished the sour evening off with a splendid goal from Cheik Tiote, drawing level with Arsenal on goals.

On Sunday, French TV reported Interpol was formerly opening an investigation into the match, after irregular betting patterns had been spotted during the game. Dowd was apparently the party under investigation, along with Arsenal’s Tomas Rosicky. Sport website Sport365.fr repeated the claims, saying that a “strong climate of suspicion” surrounded the match. The Arsenal faithful cannot but remember that other match in which Dowd officiated and Rosicky skied a penalty, resulting in a one-all draw with Sunderland.

So far, nothing has been confirmed yet (and the whiff in the wind is that Stade2, the TV station, may have the story horribly wrong), although Arsenal and Newcastle said to the Mirror they had not yet been contacted by Interpol. Arsenal is reportedly instructing its lawyers to take legal action against the French website, and will release a statement later today. Even if nothing comes of it, Arsenal will feel vindicated after a series of gawpingly awful refereeing decisions by Dowd on Saturday.

However, it is with Diaby the ultimate blame must lie, and Wenger will also have to look at his team’s depth and inability to keep the team’s on-field form up with the players who come off the bench.

The philosophic Wenger said after the match, “We want to do well in the next game. Time helps, focusing on the next game helps and that’s all we can do. We can take a lot of encouragement from Saturday’s game as well.

“We have played 12 games since 1 January and we have played outstandingly well, but to go down to 10 men had a psychological impact and certainly a physical one as well.

“I don’t remember that [losing a four-goal lead] before. But in the second half, you must say that we were really unlucky with some decisions,” he said, diplomatically shying away from blaming Dowd outright.

Arsenal will have all of seven days to recover – they face Wolverhampton on Saturday. Thanks to Manchester United’s loss to Wolves, the Gunners are still within a whisper of winning the league, trailing United by four points. DM