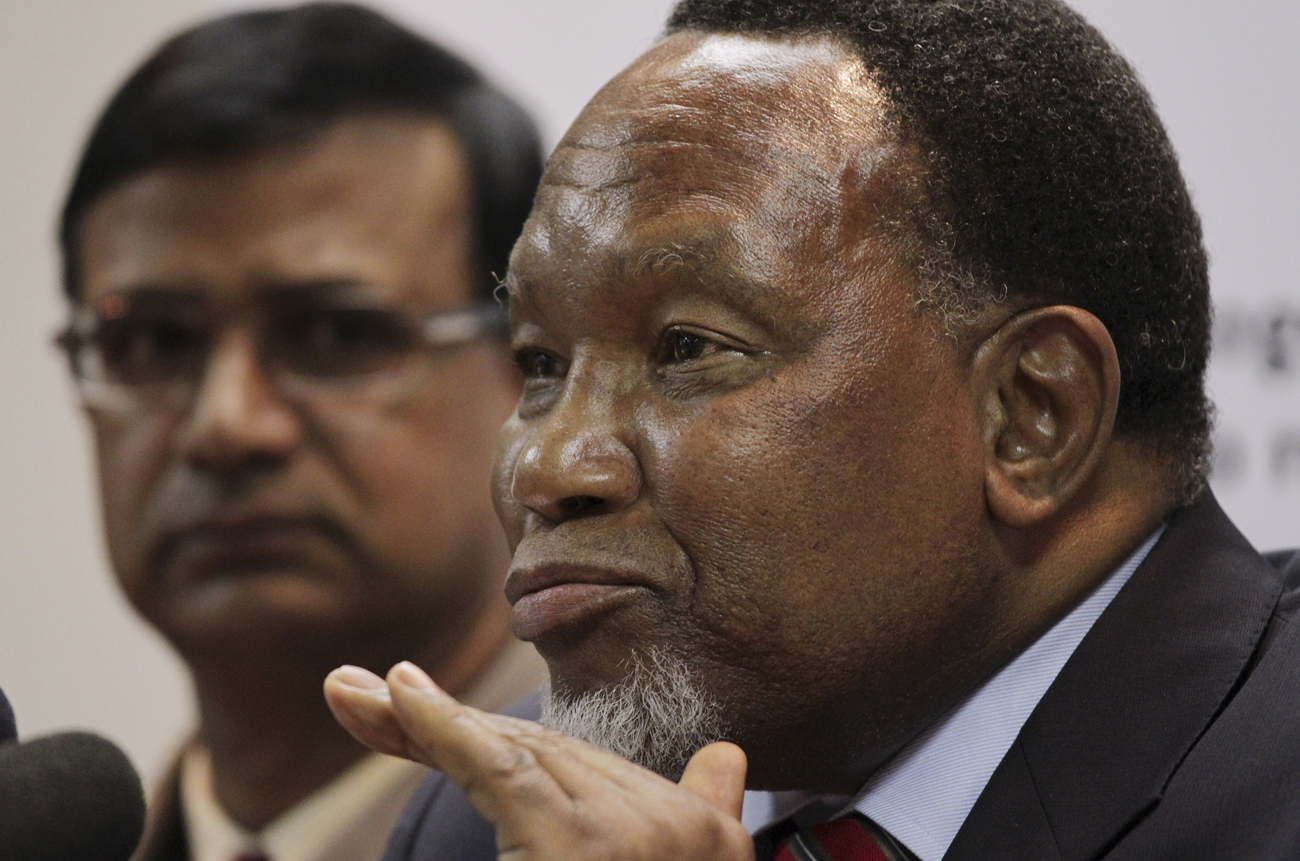 Kgalema Motlanthe is a conundrum wrapped in a puzzle coated in respect. By design or not, he is the calm harbour of dignity when the tempest is at its most chaotic, all of it while being an SA politician, which, as we all know, is almost an impossible combination. By STEPHEN GROOTES.

In politics respect is a funny thing. There are many variables involved in getting it and once you have it, it can be thrown away easily. People are also not fair in giving it or in taking it away. A scandal that could sink one person doesn’t necessarily sink another. The events of the last week, the fears over the health of Nelson Mandela, and his putting out of that fire, have shown that when it comes to respect in frontline politics, deputy president Kgalema Motlanthe may be head and shoulders above anyone else. The real question though is this: In South Africa, does it matter if the people respect you?

In 2006 I was outside the wonderful face-brick building that is the Pietermaritzburg high court. It was a hot sunny winter’s day as Jacob Zuma emerged from yet another court hearing relating to his newly defeated corruption charges. He came out, speaking on a cellphone (I would still love to know who was the person he called after each court appearance) to greet 5,000 of his closest friends who had come to show their support. There had been an all-night vigil and all the rest.

The crowd was pretty well behaved, until Zwelinzima Vavi (whose opinion of the media may have changed over the years) revved it up. He made wild claims about how there was a political conspiracy against Zuma and that it was the media that was at fault. Funny how things turn out; he wasn’t completely wrong. Anyway, emotions were beginning to run slightly high. Suddenly the police packed up and left, and there were 5,000 angry people, and this mlungu reporter, wearing a T-shirt advertising, in very large red letters, the seven, the oh and the two, of his radio station.

It wasn’t the white nightmare, but it wasn’t comfortable. Thankfully, the figure of Kgalema Motlanthe arrived, robed in his role of ANC secretary general. He summed up the situation in an instant, and took me by the shirt-sleeve, quietly and slowly back into the court house. Of course, granting an interview at the same time. His main point that day, that “our people still need to be taught to respect the law, because they couldn’t respect the law of apartheid” was in itself a powerful thesis.

Last week Motlanthe was at it again, summing up a situation, realising what had gone wrong and where, and then leading the nation out of the wilderness. If South Africa had been a hospital patient, five minutes before he spoke its temperature would have been critically high. About 30 seconds after he started speaking, the thermometer would have been back in the normal zone. We cannot say the result would have been the same had Zuma been the one with the stethoscope. We can say with certainty that Motlanthe was probably the only one of the top six ANC politicians who wouldn’t have blamed the media.

It strikes us that the core difference between the two men goes back to respect and trust. There is a large part of the country’ chattering classes that has huge trust issues with Zuma. They will point to Menzi Simelane as exhibit A, and move on to the crushing of the Scorpions, through to the rise of the tenderpreneurs. Even if some of this is unfair and started during Mbeki’s time. If Zuma holds a press conference, there is a huge risk, that no matter what the official subject, it will be derailed by some foreign correspondent trying to make a name for himself by asking a question about corruption, or Shaik, or even some humdrum day-to-day political issue.

Motlanthe seems to fly above all of this. Somehow. When he holds a press conference, it sticks to the main subject. We can’t really explain how he does it. It may be his presence, quiet and unassuming, he’s not someone you necessarily notice as he walks into a room. It may be that his bearing is dignified, unhurried.

Perhaps it’s because, as far as his media strategy is concerned, he doesn’t duck the question. He doesn’t shy away from microphones, doesn’t seek them either. Once, while carrying the official title “President” he toured the JSE. His people told the waiting pack (which was about 100th  the size of that in Milpark last week, that is to say, still pretty large) “no questions”. But when one person plucked up the courage there was no fending off, instead, he put his hands behind his back, waited for everyone to be ready, and answered quietly and clearly. And when the controversial one came (it involved the then-recent release of a certain man convicted of corruption, first name Schabir, surname Shaik), he didn’t miss a beat before giving a straight answer. Even now, if you ask nicely, you’ll get an interview, and it’ll be short and sharp.

Perhaps the main reason for this respect, is his handling of one of the biggest hot-potatoes we’ve seen for a while, the presidency ‘twixt and ‘tween Mbeki and Zuma. It was masterfully done. There was no plotting or planning or attempts to use it as leverage. It was a task carried out with great aplomb, and once over, he stood down. And then, later, when asked if he would like another go, he just said no, and that he would “like to be an advisor”. All in all, it’s great ANC politics, it’s textbook stuff.

And don’t for a second take him at his word on this kind of thing. When he had just been sworn in as an MP, he told me, he wouldn’t be going to cabinet. A month later he was president.

Having said all of this, some of his detractors (and there will be some) could point with some justification to areas where he has been involved in naughtiness. He was the point man for the ANC in Oilgate, basically Sandi Majali’s boss in the whole affair. And don’t forget, this was serious stuff, moving oil money about and funding the ANC through your and my taxes.

Then there was the final sacking of Vusi Pikoli as national director of public prosecutions. He was the President when the Ginwala Commission of Inquiry reported Pikoli had done the right thing (in trying to charge Jackie Selebi). But Motlanthe went the other way, and sacked Pikoli, finally and formally anyway. It was a decision that stank then, and the smell of the rotting carcass of our justice system still fills our nostrils today.

So why then this respect? And universally so, from Cosatu to the ANC Youth League, from the middle-classes to the poor, it crosses the spectrum. Perhaps it’s a shortage of other options. Perhaps it’s because Motlanthe knows that in the ANC today, with its ideological breadth and various factions that need to be satisfied, a tsunami like Zuma is unlikely to happen again. Perhaps it’s all part of a long-running plan. Or perhaps it’s plain old luck. The real question though is will it ever translate into cold hard political currency at the right time.

Answer that, and you’ll explain the ANC’s Mangaung conference 22 months ahead of time. DM