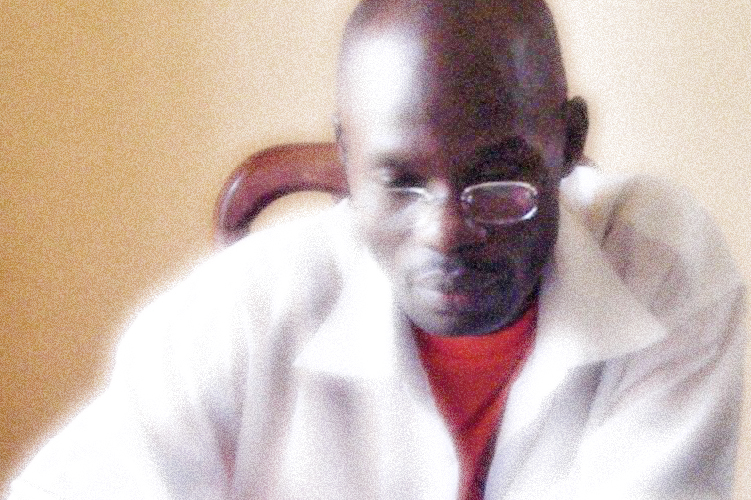 Ugandan LGBT activist David Kato was murdered on Wednesday. The police have arrested one suspect, but have steered clear of drawing a link between the killing and Kato's sexuality. Whether or not a connection is ever proven, the homophobia Kato bravely spoke out against is still a blight on Uganda. And the best way of honouring him will be to continue promoting human rights. By THERESA MALLINSON.

David Kato, who was bludgeoned to death on Wednesday afternoon in the Ugandan capital of Kampala, is described by colleagues as “a dear friend, colleague, teacher, family member, and human rights defender”. He was also an openly gay man in a country that is home to a particularly virulent strain of homophobia.

Kato was one of the people “outed” by Rolling Stone newspaper in October 2010, when the Ugandan tabloid published the names, pictures and addresses of alleged homosexuals, under the headline: “Hang them”. He was also one of the three people who, with the support of Sexual Minorities Uganda (Smug), for which he worked, took the paper to court. Rolling Stone lost the court case on 3 January, and Judge Vincent Musoke-Kibuuku ordered the newspaper to pay the three applicants R4,200 each in damages. Ugandan LGBT (lesbian, gay, bisexual and transsexual) activists welcomed the ruling, but stressed there was much still to be done.

At the time of the court case, Julius Kaggwa, executive director of SIPD, a Ugandan group that campaigns for intersex rights, told The Daily Maverick: “We still have a long way to go because much of the hostility and hatred and harassment against same-sex orientations and other sexual and gender variances looms large at community level and from religious pulpits. Hate messages continue to trickle down our society through these avenues… As a result, it is still impossible for LGBT people in Uganda to freely be who they are and develop meaningful lives. The fear for life continues.” Kato’s murder is a sobering reminder that the fear for life is far from unfounded.

The Ugandan police have so far arrested one suspect in the case, although the primary suspect, Nsubuga Enock, remains at large. Police spokeswoman Judith Nabakooba told Reuters police do not believe Kato’s sexuality had anything to do with his murder. “At the moment, we think theft is the most likely motive. Nsubuga Enock, who had been staying with Kato, was well known for committing robberies and had almost been lynched in the area before.”

Despite the police’s official statements, there has been much speculation linking the hate speech propagated by Rolling Stone to Kato’s violent death. Giles Muhame, the tabloid’s managing editor, refused The Daily Maverick’s request for comment, although he did speak to Reuters. His statement to the news agency was particularly disingenuous. “If he has been murdered, that’s bad and we pray for his soul. There has been a lot of crime, it may not be because he is gay. We want the government to hang people who promote homosexuality, not for the public to attack them. We said they should be hanged, not stoned or attacked.”

Watch: Watch: The first part of The Kuchus of Uganda. Kato was one of the members of Sexual Minorities Uganda who featured in the documentary.

But Sexual Minorities Uganda will not let Kato’s death be in vain. Smug executive director Frank Mugisha said in a statement on Wednesday: “No form of intimidation will stop our cause. The death of David will only be honoured when the struggle for justice and equality is won. David is gone and many of us will follow, but the struggle will be won. David wanted to see a Uganda where all people will be treated equally despite their sexual orientation.”

And already, it seems, some Ugandans have taken such sentiments to heart. The Daily Monitor, the country’s largest newspaper, published an editorial on Friday, calling for “an honest national dialogue on homosexuality in order to forge a consensus on the rights of those Ugandans who choose to be gay and those who oppose homosexuality as a lifestyle”. Jim Burroway, writing for The Box Turtle Bulletin website, has done a good job of pointing out the “false equivalency” in this statement. Nevertheless, within the Ugandan context, the editorial is a landmark.

Homosexuality is illegal in Uganda, and has been since colonial times. However, since MP David Bahati introduced the Anti-Homosexuality Bill to parliament in October 2009, which called for stricter punishment of homosexuals – including the death penalty for “repeat offenders” – the situation has become increasingly dangerous. The bill has not yet been debated, but it is widely believed it will be tabled in parliament after the February elections.

The ugly spectre of homophobia reared its head even at Kato’s funeral on Friday afternoon. “You must repent. Even the animals know the difference between a male and a female…” Anglican priest Thomas Musoke preached. “The world has gone crazy. People are turning away from the scriptures. They should turn back, they should abandon what they are doing. You cannot start admiring a fellow man.” The police escorted him from the church, after angry mourners “stormed the pulpit”, the BBC reported.

It was an untimely reminder of how entrenched homophobia is in sectors of Ugandan society, and of the many battles still to be won. But before they turn to fighting those battles, human rights activists can gather strength from Kato’s life. Swedish documentary filmmaker Mathilde Piehle, who recently made a film about Smug called Kuchus in Uganda, remembers Kato: “David was such a big-hearted person. He always had time for the people he loved and cared for. Always sticking up for what’s right. He stood by his friends in rain and sunshine and devoted his life to the struggle for human rights. A person I personally will remember with love in my heart and a person that the world will remember as a hero.”

The anonymous “Gugs”, who blogs at Gay Uganda, had this assessment of Kato’s character. “David was a typical Ugandan gay activist. Persistent, in the face of adversity. Ruthless to get what he wants. Patient, when he needs to. A temper that would erupt when he found himself put in a tough situation.” LGBT activists in Uganda have been patient, many of them living in the closet through necessity, not choice. They’ve been persistent too, engaging in protracted legal battles to get their rights recognised. At Kato’s funeral, they showed they can also get angry, if pushed. They have a right to be angry, and this anger – tempered into firm resolve – can be used to push for change. Nothing will change the fact that Kato is dead. But hopefully his death can change other people’s lives. DM